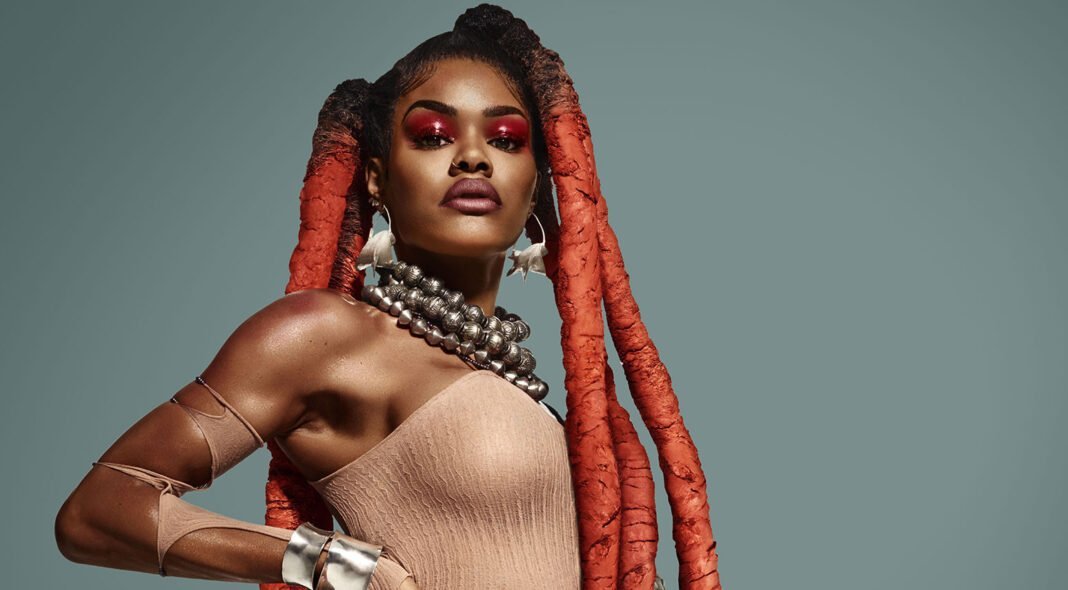 Teyana Taylor solidifies her stance as a musical prowess and storytelling powerhouse with the 23-track crusade, The Album. The Album finally provides Taylor with a voice; her previous projects, VII and K.T.S.E, left listeners yearning for the artist hidden somewhere deep. And with that, Taylor delivered. The Album offers unique, personal insight into her wild, mystical ride of loving her husband, her daughter, and herself. Any lyricist can write about love, but Taylor discusses how she loves, which is what makes this album so intriguing.

Taylor sets the tone with an immediate sense of vulnerability and passion. “Intro” is quite possibly one of the most intimate moments a woman could think to share with the world. Set against a heartbeat tempo and angelic piano, the track reveals the 911 call from her husband, Iman Shumpert, as Taylor delivers her daughter on the bathroom floor. It’s a bold choice, but with the subsequent songs largely centered around topics of growth, pride, and intimacy, it just makes sense in the greater woven patchwork comprising The Album. In many ways, the project reads like a refreshing love letter to her daughter, now 5, with a clear emphasis on the messages of self-love. The final two tracks of the album, “Made It” and “We Got Love” even call back to that same 911 call so passionately hardened into the heartful project. Ultimately, The Album is a consistent, progressive, and passionate family memento shared with fans and listeners alike.

All while Taylor’s intimate life details are so perfectly etched into countless songs out of the 23 in total, the ride through the album sonically serves as a proper companion to her lyrics and intention. The RnB infusion with experimental electronic elements marries Taylor’s story quite well. Her voice is both soft and powerful simultaneously, and with a versatile mix of traditional ballads like “Lose Each Other” versus the rap style of “Friends,” it’s clear there are numerous sides of Taylor we’ve never seen before. Her repertoire of collaborators on The Album is no short of versatile (and legendary) as well: Rick Ross, Missy Elliot, Quavo, Future, Erykah Badu only scratch the surface of features on the project. Standout collaboration “Morning” with Kehlani is an RnB dream come true. From a vocal standpoint, the song assumes vocal perfection; it goes without saying that both Taylor and Kehlani hold similar sexy, raspy tones that hold their own. Upon listening, not only do both voices mesh seamlessly, but the unexpected expected 90s style electronic experimentation gives the track an extra sense of edge.

There’s no short of stylistic options for Taylor, and The Album serves to solidify her place as an adaptable, eccentric musical force. Even so, no matter how well-produced any of the 23 backtrackings are, the real standout of the project is her ability to tell a story. Assuming Taylor has more narratives to translate sonically, she’ll continue to be a much-deserved power to be reckoned with.