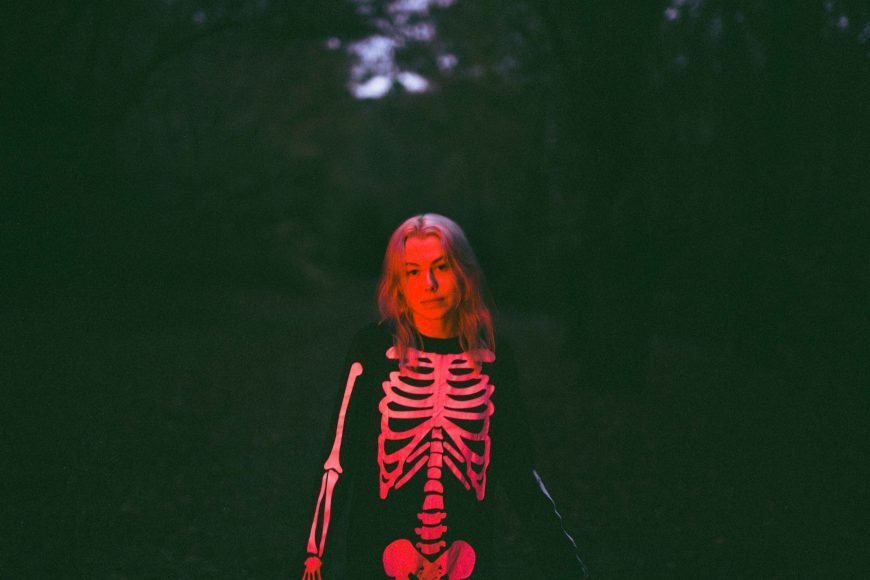 Since her debut album release – Stranger In The Alps – back in 2017, singer-songwriter Phoebe Bridgers has solidified her status as one of this generation’s best indie folk-rockers.

Amidst writing her sophomore album, Punisher, Bridgers flexed her creative juices on several projects, including 2018’s sad-indie trio, boygenius, with Julien Baker and Lucy Dacus. She also teamed up with Bright Eyes’ Conor Oberst for the glorious Better Oblivious Community Center album in 2019. Yet, despite these projects earning popularity and interweaving Bridgers’ eclectic flair, what we’ve all really been waiting for is the second body of work from the astounding artist. And it appears the time has finally come to devour every single note of the new album. Buckle in.

I’m not pushing the record until things go back to “normal” because I don’t think they should. Here it is a little early. Abolish the police. Hope you like it.https://t.co/vmwERN0SOm

Blessed with the warmth of Bridgers’ intense melancholia from the beginning, it’s clear that the Los Angeles-based artist, now 25, has grown so much since her debut. Combining the early intimacies of her tender debut with wiser musicianship, Punisher filters the soothing sounds with more concise and mature layers. Peppered with additions from friends and fellow collaborators – Jenny Lee Lindberg, Nick Zinner, Christian Lee Huston – this album is quite simply a tapestry of love, woven with textures from each artist’s unique characteristics, and boy is it good.

Graced with the first single “Garden Song,” the album relaxes the soul immediately with the comforting finger-plucked chords that we’re all oh so familiar with. Acting as “Smoke Signals” older, estranged cousin, the single sleekly concludes Stranger In The Alps and exhibits the start of a new chapter in her musicality. Expanding upon her vulnerability, “Garden Song” is the idyllic beginning to Punisher with its heartfelt melody and intricacies. “Kyoto” quickly follows, detailing the emotions surrounding disassociation. Despite addressing the feelings of guilt Bridgers feels when she’s consumed by depression, the single is surprisingly upbeat. Appearing as a refreshing tangent from the rest of the album, Bridgers displays her versatility with fast-flowing melodies and enhanced orchestration. It’s an effortlessly bright light amongst the more mellow numbers.

Whilst the album’s title-track “Punisher” features dreamy soundscapes and fluttering textures, the anthemic “Chinese Satellite” explores heavier melodies with lush, swirling strings and dazzling piano-led flows. However, it’s Bridgers’ ability to find humor in the most mundane things that are truly special. On “Halloween” she sings: “The sirens go all night/ I used to joke that if they woke you up, someone better be dying.” It’s this light-hearted humour that exposes Bridgers as such an incredibly intricate songwriter. She will have you laughing one minute and crying the next. Underscored by placid guitar lines, the tender lyricism perfects the balance between laughable moments and sadness.

With the gracious “Moon Song” smoothly swinging into action, the lullaby-like “Savior Complex” soon takes centerstage drifting in and out of moody depths with its delicate melodies and wistful harmonies. Bridgers’ latest single “I See You” (formerly “ICU”) consists of an array of stratospheric sounds, blurring oscillating drums with soaring guitar lines.

Making a short appearance with their raw vocals, boygenius bandmates Baker and Dacus provide their warmth on the country-leaning track “Graceland Too.” All while, album closer “I Know The End” encases delicate, whispering melodies and soothing vocals to produce a clear masterpiece in Bridgers folk-rock trajectory. With a climatic orchestral backing, the track explodes into a folk-frenzy with clashing cymbals and rising rhythms to end the album with an internal outburst of screams that have built up throughout the album.

Overall, there’s an extreme intimacy throughout Punisher that makes the album act like a personal conversation with the listener. And it’s this quality that always makes Bridgers such an ingenious songwriter and storyteller.

Brimming with witty, anecdotal lyricism, Punisher is yet another stellar album from an artist that continues to sing about things that most of us just can’t quite put into words. Pain may be one of the sole themes that Bridgers draws on so frequently, but it’s a familiar feeling that she conveys so beautifully and reminds us that she is in fact human.

Capturing such warmth with its tenderness and clarity, Punisher is an utterly special record showing us all that there is pure beauty in melancholia.

Punisher is out on DEAD OCEANS on June 19th.