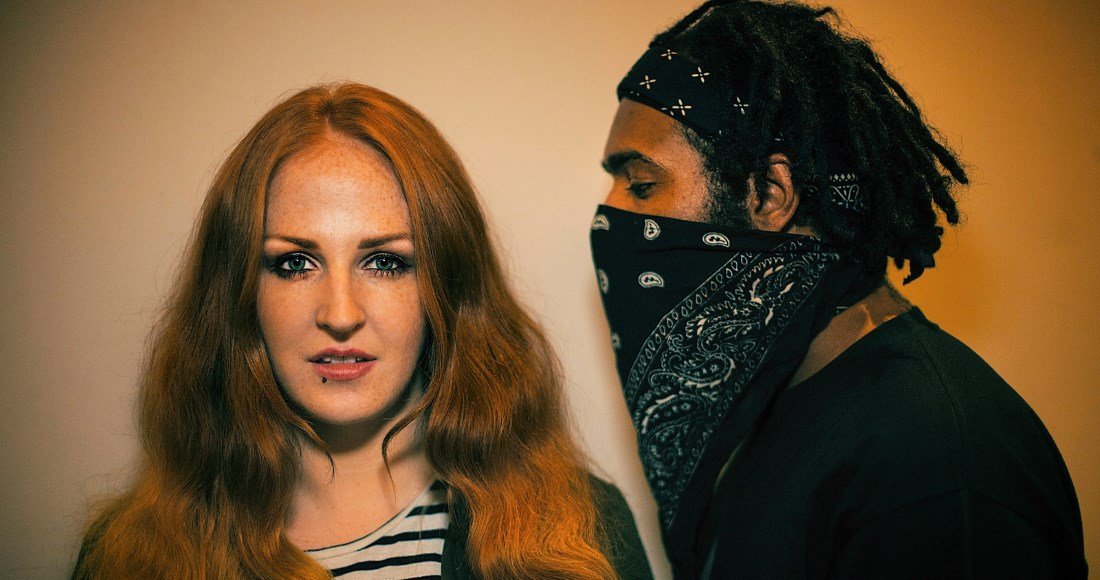 Multicultural Irish/US pop duo MOM, make what they call “rebel pop” blending their two different worlds of music – Dejay Edmund’s American gospel and Lisa Canny’s Irish traditional soundscape– to create an electro/acoustic pop sound that is a unique celebration of culture and togetherness. Having dropped their debut single, “Come By Me,” the duo has already caught all the right kinds of attention.

Speaking on the message behind their latest track, and the yet-to-be-released music video, they explain “Come By Me” is a song about falling in love with the other side– a forbidden love– from either side of the conflict. It celebrates the simplicity of love in a complex world. The music video features scenes from the incredible Patrick Swayze and Jennifer Gray dancing in Dirty Dancing. “We grew up on this film. There are many similarities between the song and the movie’s story, namely that forbidden love that triumphs in the end. The big finale dance scene really drives-home the overall message of ‘Come By Me,’ and moreover the natural intention of MOM. So let’s dance!”

MOM describe their music as “pop with a purpose.” Elaborating on this innovative description, they say, “Our songs will prove to reveal that we, as a people, may have been wrong about some things.” With a lighter touch to this poignant message, they add,” It’s also going to want to make you dance.”

One wonders, how did they arrive at this mature yet fun soundscape? The answer to this we’d have to go back to the duo’s origin story. Harkening back to one day in June 2016 at Battersea Park Studios, London, they reflect on their beginning, “ We had both, independently, moved to London that same week.  We met, we clicked, we immediately began making music together. We then spent the next 3 months locked away in a small 6x10ft room, with 1x mic, 1x laptop, no sound-proofing, and not a clue in the world. Now we plan to take MOM music around the world and back again.”

From the very moment they met, MOM had their sound, “Our journey was organic from the start.  Somehow, it just fit! We began with a mutual admiration for each other’s musical backgrounds. From there we coupled that respect with a shared desire to create something worthwhile for the pop realm and we ended up with MOM. It could not have been more organic. We call it rebel pop!”

The natural progression when speaking of one’s soundscape is towards their influences and inspirations. They say, “As fans first of our individual traditional upbringings, it is needless to say that the greats of these genres are integral influences to the MOM sound. The likes of Andre Crouch, Kirk Franklin and Fred Hammond of the deep-rooted gospel scene and the likes of Gerry O’Connor, Dolores Keane and Iarla Ó Lionáird of the Traditional Irish music arena were omnipotent influences on us both respectfully.  Lisa was also highly influenced by the 90’s pop, specifically the style of songwriting from that decade while DeJay is heavily inspired by dub, reggae, and the sound system culture.”

Pivoting off the word “culture” is easy enough when talking to a duo who are a product of cultural and intellectual integration; after all, MOM itself stands for Meeting of Minds, a musical partnership that celebrates differences and unifies them to make something that’s never been heard before. About the importance of heritage and culture in the music, they say, “It means everything.  Both of our cultures are so rich in heritage and we are so proud of where we come from. Both are so much bigger than any combination of individuals from either side, but combine cultures themselves together… and you end up with an incalculable power!”

Where different cultures come up, diversity follows. Lack of diversity, in all, but particularly in creative fields is heavily discussed topic, but MOM firmly believe that there is no lack of diversity in music, rather they believe in a lack of representation especially at the top level. Speaking of ways to introduce change, they say, “The effective blending of culture is just one great way in which we can start to change that conversation because if it works in music it can work in everyday life too.”

The duo is ready to take over the world with their music, exclaiming with no hesitance that a world tour is on the horizon for them in the future, and it very well could be given their success with their debut. Bigger than the world tour though, what MOM wants most is to rid the world of oppression while convincing you that the banjo can be sexy!