Tobias Danielsson and Samuel Brandt – who together form the EDM outfit NOTD, began their musical careers as separate artists. Danielsson went under the name ToWonder and Brandt under Severo. It wasn’t in person, through touring or mutual friends that they met. Instead, it was through discovering one another’s music on Soundcloud.

The pair began sharing music back and forth, collaborating before ever having met up. To this day, Tobi and Sam (as they’re known separately) will still start writing and producing independently before ultimately working in the studio together. Thus, the duo has proven that non-traditional beginnings can lead to the greatest success. As a testament to this, they’ve had one Platinum and one Gold record in the last two years alone – before either of them were 22 years old.

While they may be young, NOTD has shown that they’re a force to be reckoned with as they churn out one hit after another. Their most recent release “I Don’t Know Why” with Astrid S is an infectiously upbeat dance tune that’s as uplifting as it is sweet. In under two months, it’s garnered over 7 million streams on Spotify alone.

What’s perhaps most impressive about NOTD’s music is how they’ve managed to create a completely unique and distinct style of production. It’s their explosive drops and choruses, combined with catchy synth lines and playful vocals that make NOTD’s sound uniquely their own. One listen to “I Don’t Know Why” and it’s clear just how effortlessly the song fits into their collection of releases to date.

In the wake of this release, NOTD caught up with EUPHORIA. about their careers, collaborations, and how they’ve adapted to producing during COVID-19.

You two first met via Soundcloud when you were in high school in nearby areas. What led you to want to work together?
At the time, there was a large community of up-and-coming producers on SoundCloud who were making great music. I [Sam] had come across Tobi’s music several times and was inspired to DM him, as we were making stuff in the same lane. One thing led to the next and we slowly started to share ideas.

What was your first writing/producing session together like?
Our first collaboration was a result of sending files back and forth to each other on the internet since we hadn’t met in person at that point and were just trying things out together for fun. We ended up working like this for quite some time and must admit that when we started to have in-person studio sessions later on it was an adjustment. We have a great time together in the studio but have found that often our favorite songs are born from each of us taking a stab at it separately, before coming together to combine our best ideas.

The Swedish music scene gave rise to some of the biggest names in electronic music. Who are some of the artists that you grew up listening to or who have influenced your sound?
Avicii has, and always will be, such an inspiration to us as artists. He crafted melodies like nobody else. One of the biggest lessons that we learned in studying his work is that vocals are an instrument in their own right and that they should be treated as such in the production process. We’ve learned to pay less attention to the weight or brand of a vocalist’s name and more attention to the texture and quality that their voice adds to a record. 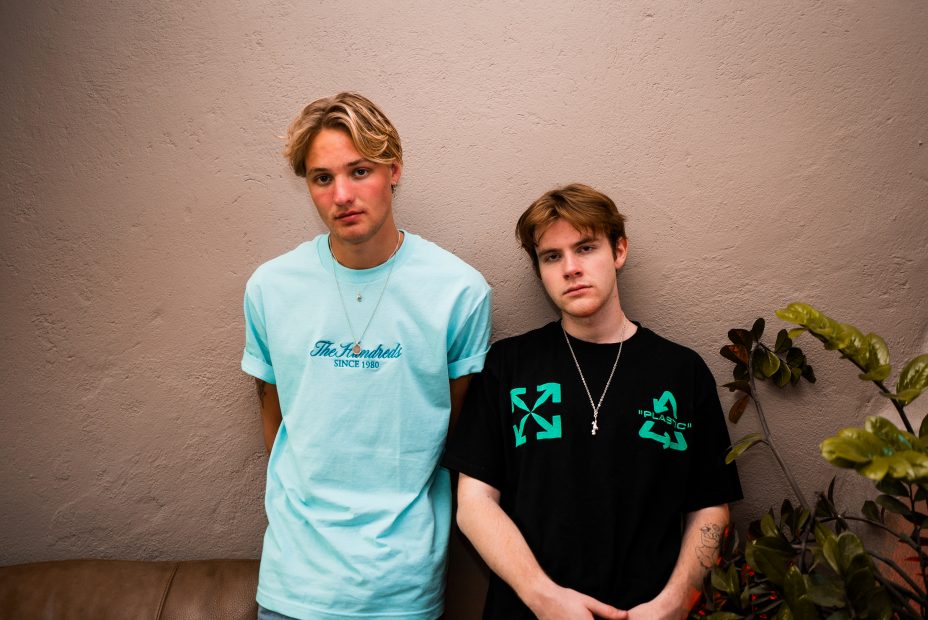 Over the last few years, you have put out several massive hits, including “So Close,” and “I Wanna Know” with Bea Miller. Can you talk about what it was like for you to have such huge hits at such a young age, especially so early in your career?
It has been a crazy ride, to say the least. We both went to the same music-business high school, so we knew relatively early on that this was the career we wanted to have, but for it to materialize so quickly was a shock. We’re so grateful to get to do what we do every day, and we have to thank our fans for that – their support is what gives us that platform and we wouldn’t be here without them.

Before you started releasing original songs, you produced dozens of remixes of other artists’ tracks. How is your writing process different when remixing versus producing an original record?
For us, the process is actually not so different. Typically, with a remix, we strip everything except the vocal and start from scratch to create a new world around the singer’s voice. The songs that stand out to us as having remix potential tend to be ones with really strong songwriting and unique vocals that we feel have the potential to go in a unique direction relative to the original. When it comes to producing our own original records, we’re often sent full toplines (vocals) and we tend to judge those with the same criteria – songwriting and vocal strength that is the foundation around which we’ll produce the music. Both processes tend to start at the same place – a well written vocal.

You’ve collaborated with some really noteworthy musicians: Daya, Bea Miller, SHY Martin, Astrid S, and CVBZ, as well as toured with Zedd, one of the most famous electronic artists in the world. What accomplishments would you say you are most proud of in your careers to date?
It’s been so fun to work on records with our collaborators, all of whom are so great in their own right. “I Wanna Know” (with Bea) recently went Platinum in the U.S., and that was an amazing milestone. Another crazy thing was to see our song “So Close” (with our good friend Georgia Ku) nominated for Dance Song of the Year at the iHeart Awards this year, among many other artists who we look up to – Diplo, Kygo, Loud Luxury, Ellie Goulding, Marshmello, etc. On the touring side of things, being on the road with Zedd was something else. It was our first proper tour, and to get to know him and learn from him in that process is something we’ll never forget.

Speaking of those collaborations, how is it different when you are writing music with other vocalists, compared to when it is just the two of you producing together?
Until this year, we’d mostly worked on the production of previously finished toplines, rather than being in the studio for the songwriting process. That latter is something that we definitely see ourselves becoming more involved with in the future.

Who are some artists that you would love to collaborate with in the future?
The next chapter of NOTD is going in a different, though recognizable direction. With that in mind, our dream collab would be with The 1975.

You also just released “I Don’t Know Why” with Astrid S, during the pandemic. Since these are not typical circumstances for releasing a song, what were your fans’ reaction to the track?
The reaction has been incredible. It had been almost 9 months since our last release, so we’re just thrilled to finally have this one out.

How have you adapted to being in quarantine when it comes to producing your music?
From a production standpoint, not much has changed. We’ve had much more time in the studio as a result of the quarantine than in the few years leading up to it, and that focused creative time is something we’ve taken advantage of. In 2018 and 2019, we spent a lot of time on the road with touring and promo, so being home for this long has definitely been a change of pace and we feel we’ve made great use of the time. That being said, we’re itching to get back on the road and play all of the new music we’ve been working on for our fans.