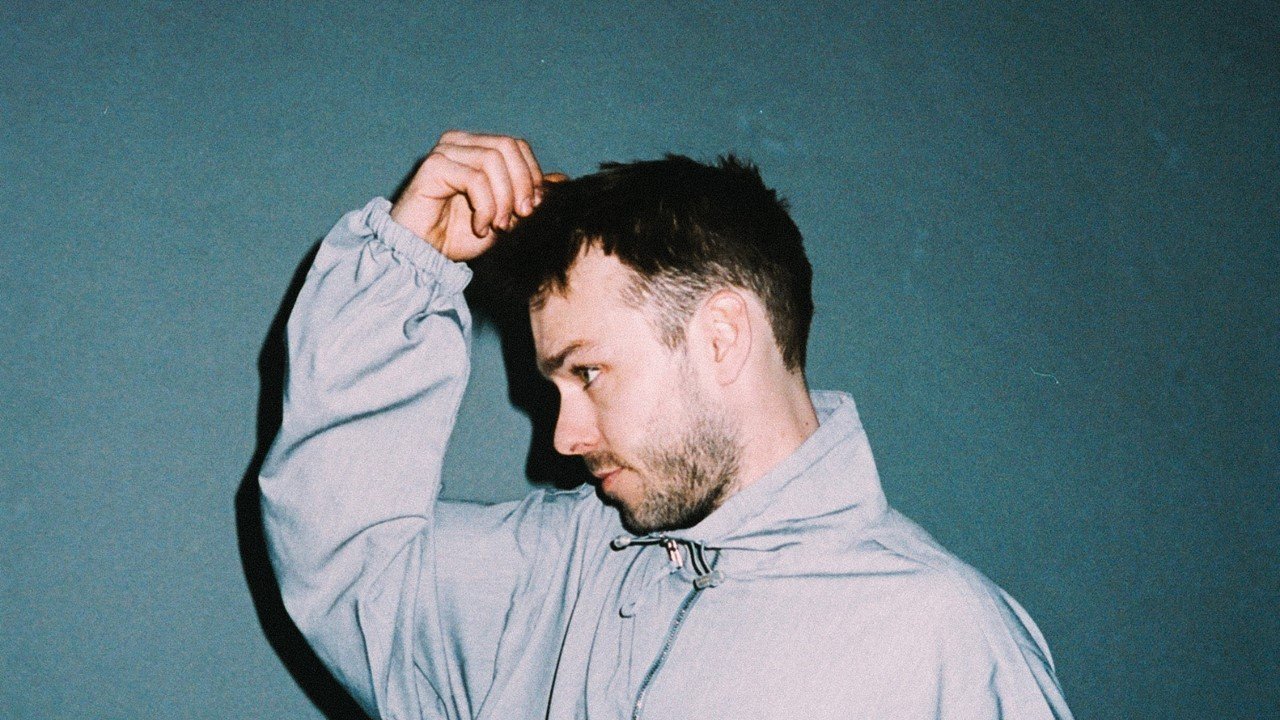 “I’ve got a little cooking channel on YouTube. It’s sort of similar to making music and all the things I love about it. Just focusing in on something, trying different stuff out and seeing what works.”

Though his methods might sound simple, Joe Hertz is one of the UK’s most talented young producers. The south London native, who was brought up on a blend of the capital’s legendary dance scene along with East Asian influences, already averages over 2 million streams per month across all platforms. That figure is sure to skyrocket on 17th July when Hertz’s debut album Current Blues will be released.

“Current Blues is a collection of tracks that I’ve been working on since my last project (Night/Daze) came out three years ago,” Hertz tells us. “The album features a series of collaborations from a number of places that I’ve been to visit – it’s almost like a documentation of the journey that I’ve been on so far.”

Although Hertz is much closer to the beginning of that journey than the end, his passport already features stamps from envy-inducing destinations such as Indonesia, Japan, and the west coast of the United States. A late-2019 trip to L.A. provided the inspiration for “Trippin’,” a summery, uplifting jam featuring vocals from US singer/songwriter Ryahn – one of the first singles from Current Blues.

“Towards the end of last year I went to LA for a few weeks, staying on my own in an apartment out there and I just had sessions booked in every single day. Some people I’d heard of before and other people were completely new. I had no idea what was going to happen so I was just churning out ideas every day in different places,” Hertz recalls. “It was definitely refreshing as I’m used to just working from my studio in London.

“Trippin’’’ was from a session I was doing halfway through that trip. I had to get back to the UK and reflect on all the music I’d made, and that track was one I chose that I felt should definitely be on the project. It just has that energy that reminded me of the best sessions I’d had in the past – I had a really good feeling about it. It was great to get back to London and make it one of the first singles off the new album.”

Whilst his recent trip to the States has had a significant bearing on Current Blues, Hertz’s childhood influences originated on the other side of the globe in the far east – Japan in particular. He enthusiastically tells me how he has always been “obsessed” with the country’s culture, from anime to Nintendo, and tries to replicate elements of that in his music. Having said that, he humbly admits that stating such a goal is one thing and achieving it is another.

That journey started at a particularly young age for Hertz. He has had a first-hand education in electronic music courtesy of his father, legendary DJ and producer Pete Tong. Based in Brixton, he also counts the “insane amounts of music history” in London as among his biggest influences.

“When I was a teenager I was always trying to get into Fabric and was all about drum and bass and the hardest-hitting dance music. Over time, I started learning about pop music and the songwriting aspects of things. It came together in a blend – it isn’t either of those things but my sound definitely came off the back of both.

Connie Constance – Till The World’s Awake

“People will always talk about my dad, but I’m in a totally different world to his which is DJing. I’m much more interested in making the music – what gasses me most is making something that connects with people. I really look up to a lot of the big American super producers like Scott Storch, Timbaland, Rick Rubin, and Pharrell Williams. I’m always trying to find videos of them in the studio so I can gather up their energy and learn from it.

“Fundamentally, that’s the dream. To make great music and to make it for as long as possible.”

For Hertz, like so many others, that dream feels as if it’s on hold at the moment – he counts his blessings that he was able to get most of Current Blues finished before the coronavirus pandemic took hold in the UK. Although most of his 2020 touring plans have been canceled, life in lockdown has forced the producer to get creative when it comes to engaging with his fans.

“I’m using this time to try streaming on platforms like Twitch and Instagram Live. I hadn’t really done that before and this feels like a guilt-free time to try stuff out. It’s been an interesting learning experience and being able to connect with people at home has been awesome.

“We’ve never experienced anything like this in our lives and it just makes you realize how much we take it for granted normally. I can’t wait to get back.”

Current Blues is out July 17th.