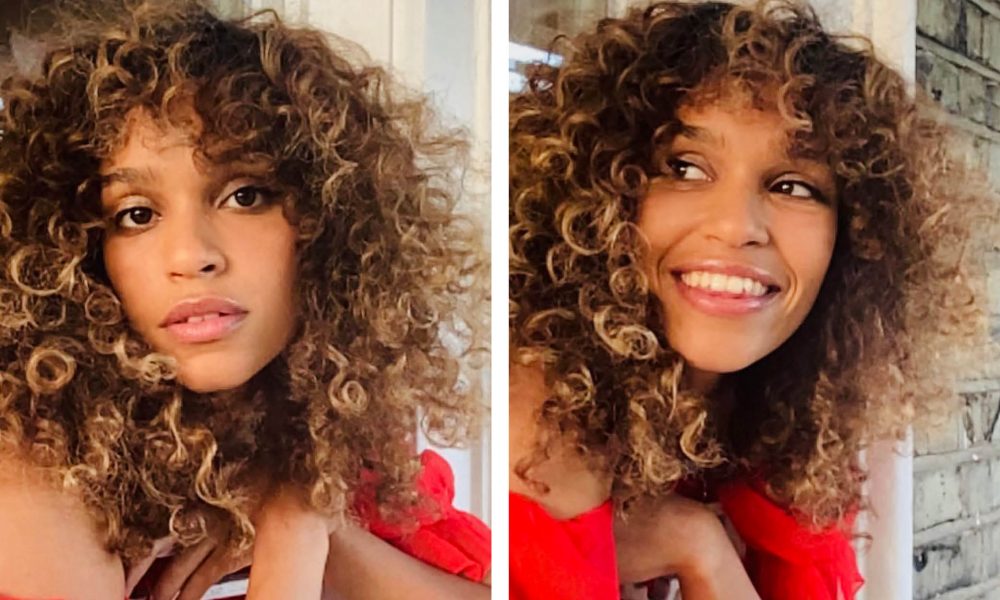 Izzy Bizu’s chart-topping track, “White Tiger” was one that we couldn’t get enough of in 2016. And we can safely say the same for her new single, “Faded.” During lockdown, times may have been tough for a lot of us, but somehow Izzy found ways to stay creative and bring us new music.

We caught up with Izzy to find out what else she has been up to, as well as remind us of why we initially fell in love with her and her music.

How have you been trying to stay creative/writing music during the lockdown period?
I’ve actually really loved it. At first, it was weird because I’d never done a Zoom session before but surprisingly, with great energy, good ideas come out and we managed to make it work… Yes, it takes a bit longer to finalize recording in different houses and then putting it all together– thank God for WeTransfer– it’s also nice to get some headspace and really dig deep on the things I want to say to people.

You released your new single, “Faded.” What was the writing process like for this track?
It was quite fast. I had hardly any sleep but had a lot of energy to release. I came into the studio, Alex Smith, the producer I worked with played on the guitar and I started jamming with him and most of the top line came out like that.

What inspired the song?
An argument I had with my boyfriend at the time we had such a passionate relationship with so many highs and lows and thought I’d feel better if I wrote about it. It’s such a particular energy where you’re always on edge not knowing which way things will go!

Do you experience writer’s block? If so, how do you overcome it?
I used to when I got too stressed out about time or wondering if people would like it too much. Now I’m more relaxed, lockdown has made it easier to really reflect on things. I have more to say as I spend more time thinking, reading, imagining.

Which of your songs has been the hardest and the easiest to write?
I think one of them would have been “Hurt”– I think we kept changing the second verse and we were always only one line away so close but so far so happy it’s finished now ha!

What are your thoughts on “White Tiger” now compared to when you originally wrote it?
I’m so happy with it. I really didn’t think much of it at first, but it’s such an honest song about the first person I ever loved and I’m just so happy that I made a memory of something so special.

You studied at theatre school when you were younger. When performing on stage at gigs or festivals, do you apply any of your learnings from there?
Yes, I did! Theatre school taught me how to be emotive in my face without moving around too much. We also did this thing called “emotional recall” where we remind ourselves of a time of pain, happiness, or humor and apply it to your performance.

You’ve previously toured with the likes of Coldplay and Sam Smith. What’s a favorite memory from tour?
Yes, I have lots of good memories from both tours. I went to a bar with Sam and the band and someone said, “you look just like Sam Smith” and they said “I know I do!” Also, Chris Martin took me to an amazing Bruno Mars concert whilst on tour, then went backstage and they were discussing each other’s live performances. I literally thought I was dreaming– I was like, “wow this would make an amazing TV show!”

Which artists got you into music? Do they still continue to be an inspiration to you?
Amy Winehouse, The Black Keys, Marvin Gaye, Nina Simone. I still love them all but I have new inspirations now like Leonard Cohen, The Weeknd, Benee, Billie Eilish.

Have you received any advice that’s stuck with you throughout your career?
Someone once told me that they would prefer to hear another one of my “stories” instead of just a catchy hook and it really put songwriting into perspective.

What’s next up in the pipeline?
I’m going to release an album and work on some videos for the coming singles! I can’t wait! I really hope I can gig soon too.