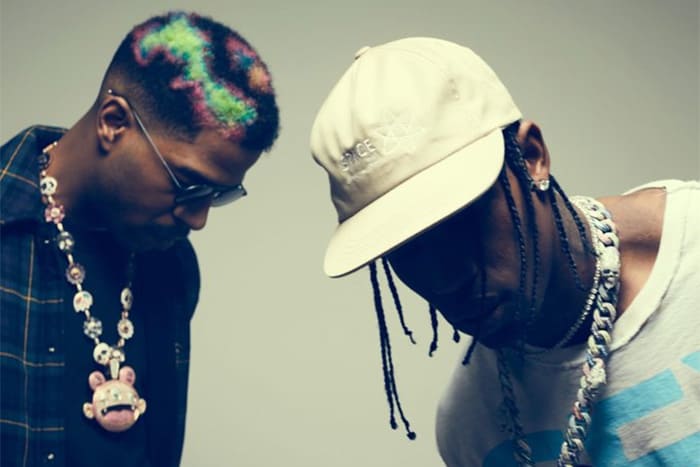 Kid Cudi has his first #1 single. With songs like “Pursuit of Happiness” and “Day N Nite,” it proves how difficult that truly is to accomplish. He had to combine forces with Travis Scott and form a group in THE SCOTTS. The song also had to be released alongside an in-game experience for the video game Fortnite.  The duo’s first self-titled single “THE SCOTTS” timing is clever and effective.

The song itself feels like a Travis Scott song with a slick Kid Cudi feature. The sound of the group seems like a re-introduction of the future possibilities first explored on the song, “through the late night” from Scott’s album Birds In The Trap Sing McKnight. Though the song doesn’t expand the sound of the duo together, it does provide anticipation of what the two powerhouse artists may create together. Since the group name is official, we can only hope for a full-length project that shows more of a truly combined sound that feels fresh.

The theme accentuated in the single, and the repeated lyric is “outside.” The longing for outside runs rampant as we all dwell in quarantine. The freedom of outside feels distant, and that craving lives in the tone and lyricism. THE SCOTTS attempt to provide relief in the circumstance with a song to get us through. Travis Scott raps, “took it straight from outside, straight to the couch, we put the mic outside air this shit out.” He shows his willingness to abide by social distancing proposals while contributing from his confines in the best way he knows how.

In the second verse, Cudi keeps the same flow that Scott introduced as well as a similar sentiment delivered in his individual way. Cudi raps, “headed for somewhere to go, anywhere cinema these, these n****s don’t know where to go, gotta keep givin’ em heat.” Cudi speaks with a more specifically outstretched intention to offer fans a coping listen.

In interviews, Travis Scott has mentioned the reason for his rapper last name is Kid Cudi’s given first name. Therefore, they created THE SCOTTS. Hopefully, in future songs and projects, the sound of the group will have more influence from each of their musical styles. Yet for now, the theme and intention of this first single consummately do deliver in holding us over until then.