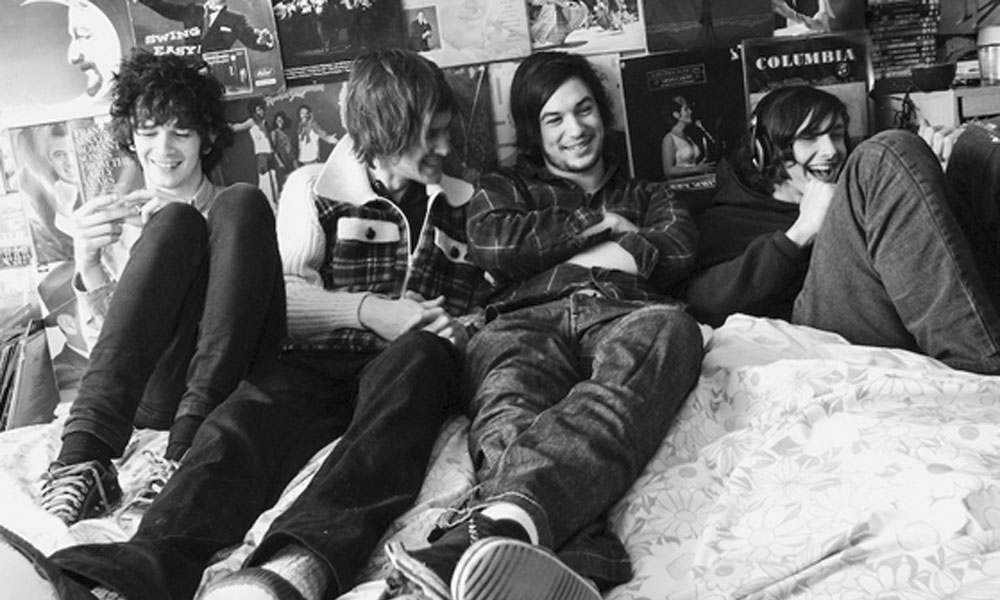 The 1975 have released yet another taste of their upcoming album in the form of a reflective love song that expresses the band’s strong friendship and gratitude for each other.

The track, “Guys,” came as a bit of a surprise to fans, with the announcement of the release arriving on social media just one day before premiering on Apple Music’s Beats Radio. In a similar fashion to the previously released single “If You’re Too Shy (Let Me Know),” many fans heard the song live during the band’s UK and Ireland tour in February this year, and have since been patiently awaiting the official studio version.

“Guys” acts as a nostalgic love letter from lead singer Matty Healy to the rest of his bandmates – George Daniel, Adam Hann, and Ross MacDonald. The quartet formed their group during high school in 2002, kickstarting a journey that has since seen them producing chart-topping records, setting off on multiple world tours, and harnessing millions of fans.

Healy looks back on the golden times with his bandmates in a sweet and sentimental matter, sharing that “The moment that we started a band / Was the best thing that ever happened.” The song is not very revealing on a personal level, but rather a soft and pure mid-tempo four and a half minutes that allows Healy to express his appreciation for his mates and acknowledge the importance of their role in his life. And in a world with an abundance of songs dedicated to romantic love, a song that acknowledges the love you have for your friends comes as a rather refreshing moment.

During a short interview with Zane Lowe, Healy said, “It came quite easy, that song, but I think I just wanted to write a love letter to friendship, as opposed to every long song being about our romantic relationships. I think that our friendships are obviously our most formative relationships. So shout out to the homies.”

“Guys” also comes as a real tearjerker for the dedicated followers of the band, with lyrics that allow those in the pit to reciprocate the expression of overwhelming love for those on the stage – a band-to-audience double whammy that can also be seen in some of Healy’s previous savvy songwriting.

But while many heavy emotions can be felt with the song, fans are already in the process of wiping their eyes in preparation for the release of the band’s upcoming album Notes on a Conditional Form, releasing in less than a week. Although “Guys” comes as the seventh single to be released off the record, the album is locked and loaded with a whopping 22 tracks, hopefully providing listeners with enough content to stay occupied until the global pandemic ends and the band can set off on tour once again.