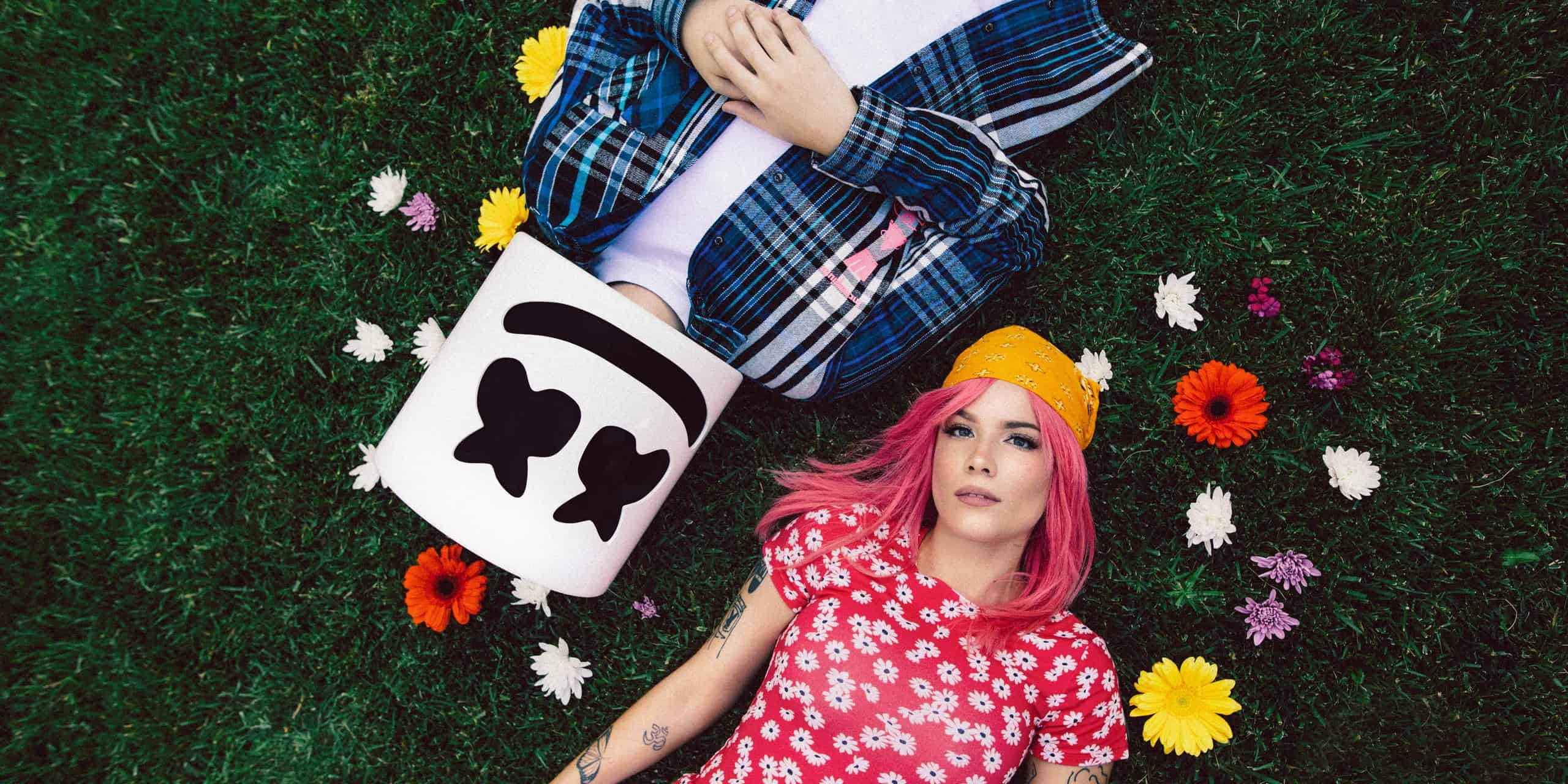 Quarantined or not, there is no stopping these two artists. “Be Kind” is the follow-up to Marshmello’s hugely successful run in 2019, and Halsey’s no.1 album Manic earlier this year. It should come as no surprise that this track is yet another hit in the making for these two artists.

It’s the first time these two are working together, but Marshmello said that “as soon as we finished the song, I was instantly obsessed. Halsey and I connected and were both on the same page with what we wanted the final outcome to be! And it turned out great.”

The track opens with a laid-back chord progression that’s somewhat similar to Post Malone’s “Sunflower,” which is a funny coincidence, given the floral aesthetic of Halsey and Marshmello’s cover art. As the music builds, there also seem to be clear Daft Punk references – especially when the percussion intensifies. The lyric video echoes the summery, yet mellow 80s dance vibe of the song – with multiple flower references and colorful VCR-influenced visuals.

There’s a certain softness to the song that’s reminiscent of the vulnerability Halsey displayed on her album, as Halsey urges her partner to please open up and embrace the support she’s willing to give. “I know you’re choking on your fears / Already told you I’m right here / I will stay by your side every night,” she sings in reassurance. What is more, it touches upon the fact that in hiding your own emotions and insecurities, you may end up hurting your partner. In the chorus, Halsey regales that you should “always confide in the one, you can be kind to the one that you love.” As daunting as it is to trust someone, if you love them – let them in.

What’s so interesting about Marshmello, is that no matter who he works with – he always manages to perfectly integrate their voice and strengths into a slightly dance-leaning track. He never takes away from their own artistic identity, rather he just models a song around it. He’s done the same here, effortlessly creating a track that builds on Halsey’s strengths both vocally and as a writer. The result? An extremely enjoyable dance-pop crossover with an uplifting message about being kind – something we can all use in times like these.

Give it a listen here: