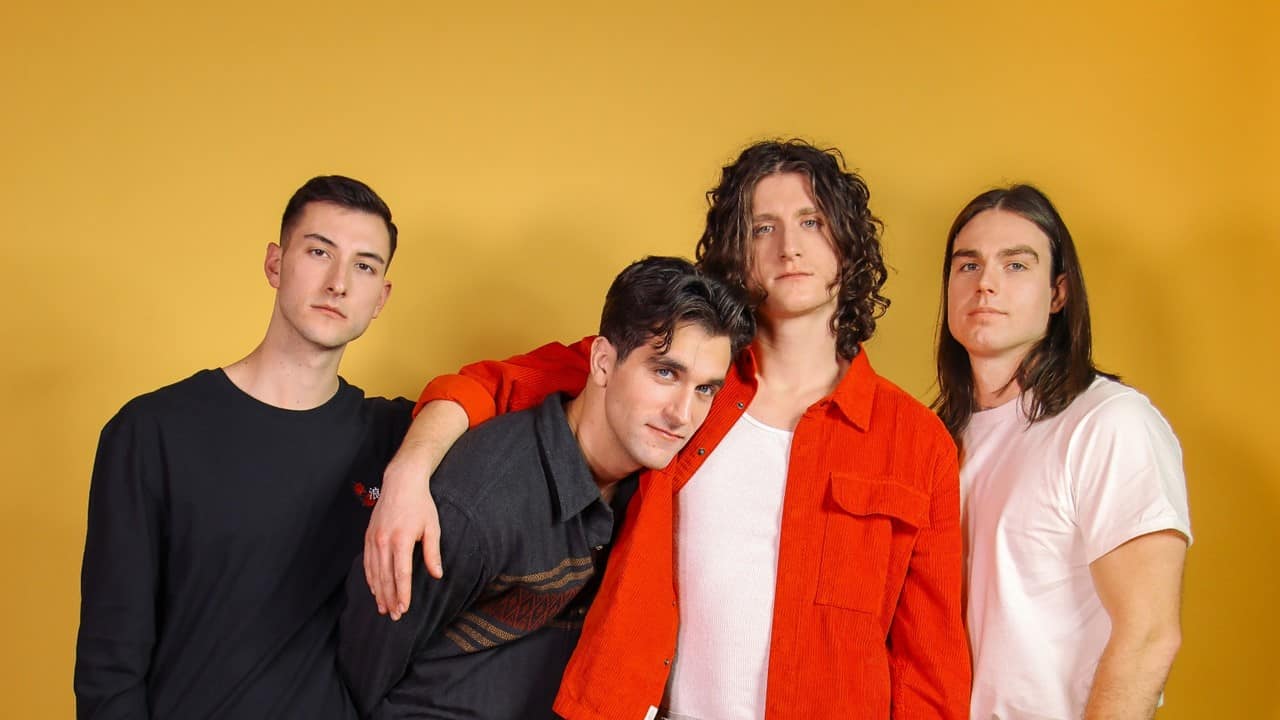 Dance-pop band Yam Haus use striking guitar melodies to enchant the ears (and hips) of their listeners.

Yam Haus is comprised of Lars Pruitt (vocals/guitar), Seth Blum (guitar), Zach Beinlich (bass), and Jake Felstow (drums), along with their rapidly growing fan-base. This is partly due to their star-studded catalog of shows. The band has played alongside greats such as Adam Lambert, Tori Kelly, Kacey Musgraves, and American Authors.

Yam Haus is more about companionship than carbs, their name representing ‘You and Me House’. Let’s hope this house is a mansion because Yam Haus needs the space to accommodate all their supporters, boasting over 3.5 million streams on their debut album Stargazer.

Yam Haus presented EUPHORIA with exclusive access to their latest single “wOw,” out on Friday (8th May). This is in anticipation of their upcoming EP, THE BAND IS GONNA MAKE IT. We’re sure that if this EP is anything like “wOw,” it’s going to be a smash hit.

“wOw” is an 80’s inspired electronic bop with a falsetto and electronic backing to make even the Bee Gees blush. Strong guitar enchants hips, whilst heartening lyrics details feelings of hope and hopelessness in the technological void: “Digital emotion gives me vertigo / It’s hopeless/ But I’m hoping.”

“When I think about how I can be a part of making a real, positive change I think about making music that encourages people to look inside themselves, listen to people before they judge, and come together in peace” – Pruitt writes, when asked about the inspiration for this track.

Yam Haus are currently in the midst of rescheduling their summer tour, and we can’t wait to hear ‘wOw’ live.