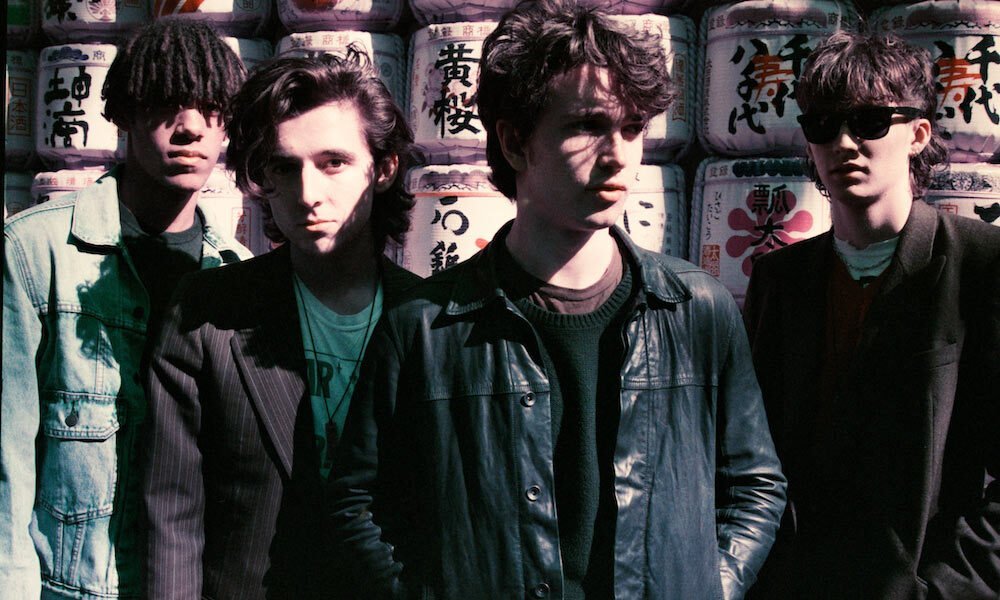 Sleek Dublin band Inhaler have jumped straight into the music world. Having already smashed out a bunch of gigs in Ireland, a UK and Europe tour, and supported Blossoms during their US tour, it’s no wonder the band is gathering excitement.

The quartet released their latest track “Falling In” on May 20, premiering on Annie Mac’s ‘Future Sounds’ show on BBC Radio 1. To make things even sweeter, Spotify also added the track to their prestigious New Music Friday playlist and put the band on the cover of The Indie List playlist. Their tracks have been streamed over 8 million times – quite a feat for a relatively new band.

“Falling In,” and Inhaler themselves, have a charming nostalgia about them. The boisterous track has an 80s tinge to it and exhibits an as yet unseen aspect of the band. The lyrics express newfound emotions and a level of welcome introspection: “You wanna be easy, you wanna relax, you wanna come closer, you wanna go back, and they think you’re crazy, they don’t understand, you wanna get over, hold my hand.” On the chorus, frontman Elijah Hewson sings: “You’re missing out on something; I could be one of those guys.”

Hewson said of the track: “’Falling In’ is a song about the battles that we all have with our own ego, we are just beginning to encounter our own egos and becoming aware that allowing it to be in charge of who you are can be your downfall. You can cut yourself on its sharp edges and bleed to death if you’re not careful.”

“Falling In” follows on from Inhaler’s string of singles “It Won’t Always Be Like This,” “My Honest Face” and “Ice Cream Sundae.” The new track is slated for inclusion in the band’s much-awaited debut album, which is being produced by their deep-seated collaborator, former Pulp member Antony Genn.

Inhaler recently took to Instagram to say: “We’re aching to get back into the studio where we’ll be free to create and get back to the very important business of finishing our very overdue record for all of you.” They also added “The curve is getting flatter, but the tunes are getting fatter.”

Listen to “Falling In” below: