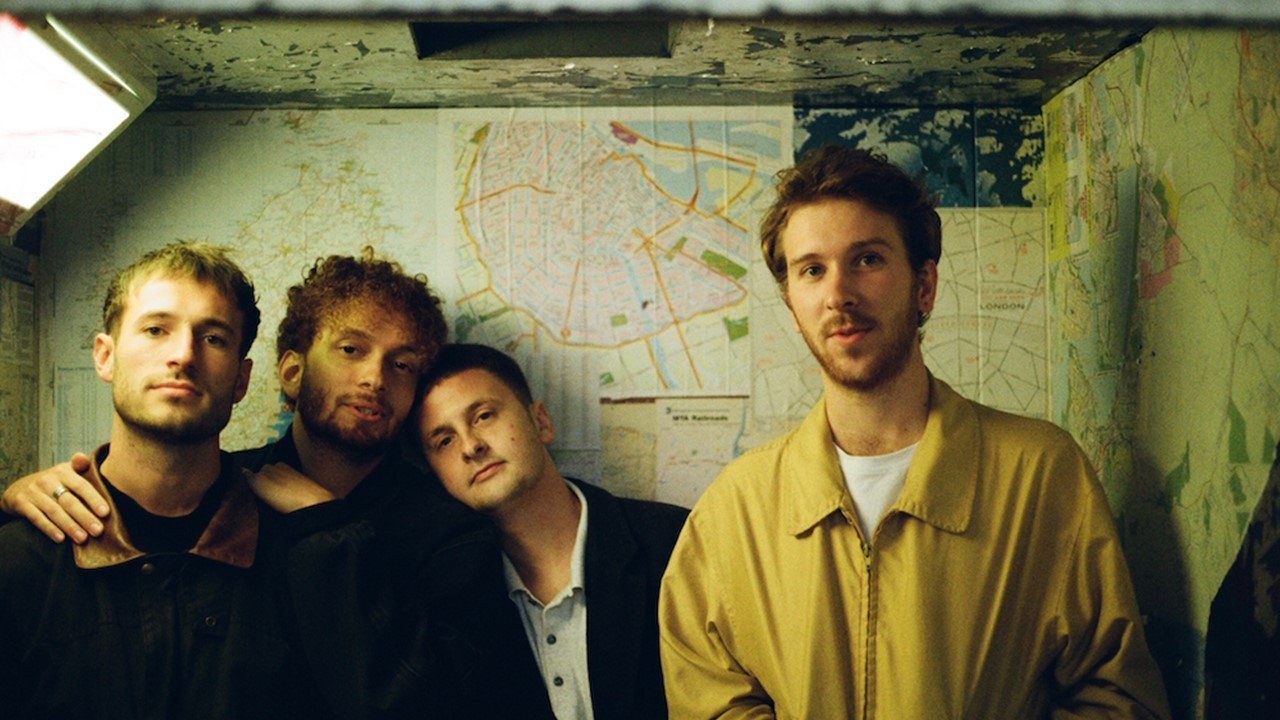 The tune begins with a slow beat and brooding vocals, before climbing into a galvanic wave of crashing drums, electric guitar, and impassioned lyrics. It’s a euphoric song for true escapism – something we need now more than ever.

The outfit, made up of Cam Fyall, Kai Fennell, Aaron Clarke, and Alex Bloomfield, toured the UK with Palace last year, where “Raincoat” first debuted.

The track is quite a move away from Hot Dreams’ previous sound. Their latest EP, The Hideaway, which was released earlier in the year, followed a folkier, cinematic soundscape. “Raincoat,” however, now sets the tone for Hot Dreams’ forthcoming five-track offering, due out this summer. Inspired by their love for electronic artists such as Underworld and Maribou State and bands like The War On Drugs and Foals, the new project will no doubt reflect a synthesized blend – focusing on a heavier, dancier sound.

“Raincoat is a song that represents everything we love about playing live. It’s an expression of freedom and onstage it acts as a release from everyday worries,” the band explained.

“The song’s lyrics also focus on trying to not to sweat the small stuff, focusing instead on the people who love us and allowing ourselves to be content and happy with that. It resonates with our time in lockdown, as we’re all forced to strip our busy lives down to the bare bones without any of the normal noise and clutter.”

Listen to “Raincoat” below: