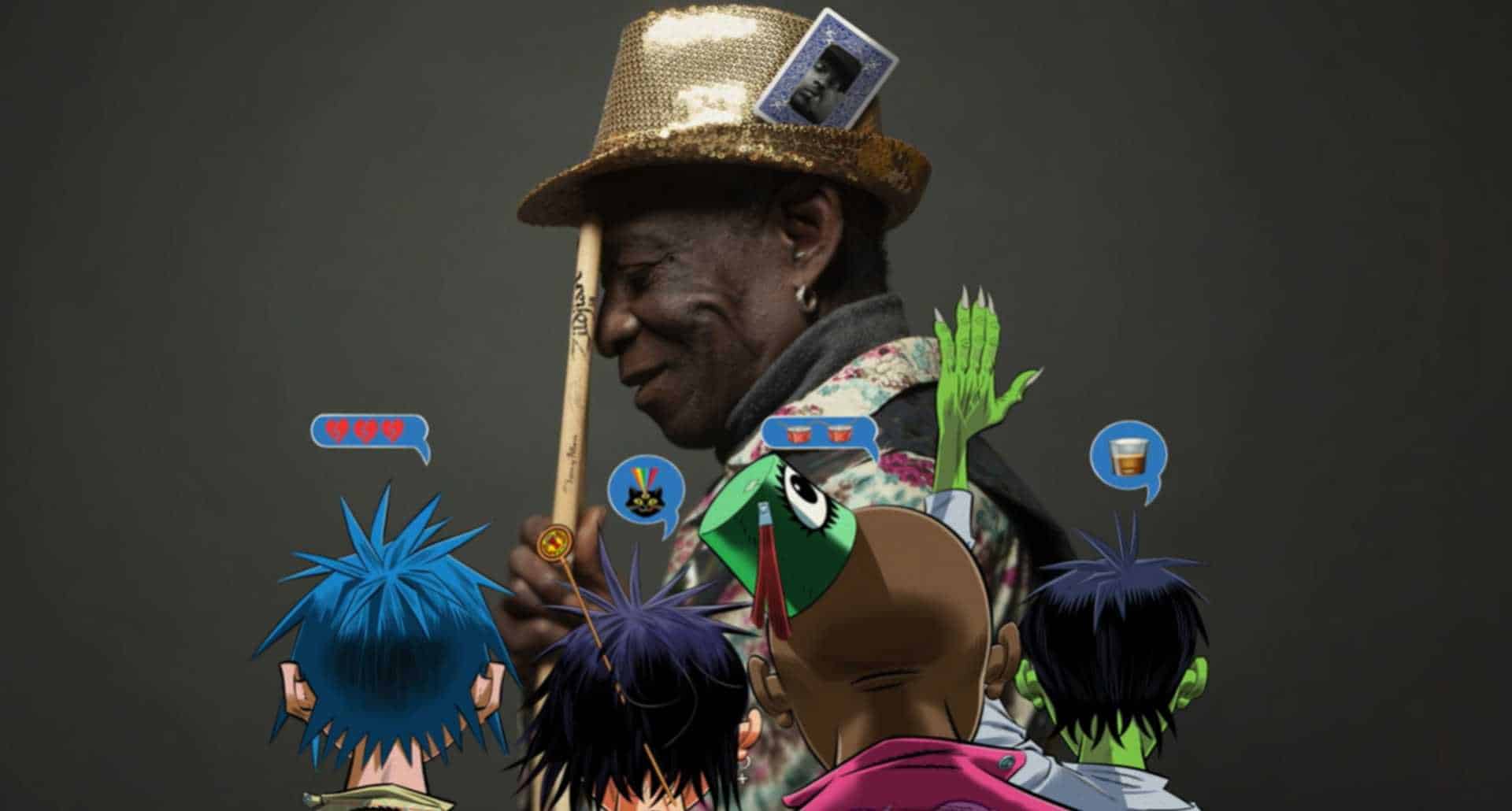 “How Far?” is the latest song from Gorillaz’ Song Machine project. Featuring Skepta and the late Tony Allen, “How Far?” is Song Machine’s most obviously hip-hop inspired song thus far and is, genuinely, exceptional.

“How Far?’s” beat is brooding, with a deep, dark bass riff. However, in classic Gorillaz style, it’s mixed with psychedelic-tinged synths and razor-sharp guitar riffs. Of course, the highlight of the song is Allen’s drumming – it manages to mix classic rock style with a hip-hop attitude.

Allen, a long time collaborator with Damon Albarn, sadly passed away in Paris on 30 April. “How Far?” was released immediately “as a tribute to the spirit of a great man,” according to a press release.

Allen played drums in two of Albarn’s supergroups: The Good, The Bad & The Queen; and Rocket Juice & The Moon. However, Allen is perhaps best known for his work with the legendary Fela Kuti – Allen was the drummer and musical director of Africa ‘70.

Skepta, whose vocals on “How Far?” are excellent and round the track out brilliantly. Skepta’s music has become increasingly political and Afrocentric, reflecting his own Nigerian background, and Kuti’s influence over the Tottenham-born rapper is clear.

“Looked at the man in the mirror/ That’s the only enemy that I fear/ A zombie knows who to frighten/ Just know I love the action but I move in silence/ And right now I’m just taking what’s mine till Elizabeth returns the diamonds,” Skepta raps.

“How Far?” is a deep and challenging look at the way the world functions, who wins and who loses. The strings, which sit just behind the drums and bass riff in the song’s mix, rise slowly as Skepta’s vocals get more intense and thought-provoking.

While “How Far?” lasts just two minutes and 46 seconds, it feels much longer – it’s a song you can truly get lost in. Like the best paintings, you notice something new with every listen. It is a testament to each of the artists’ respective quality that such a short track can be so powerful.

“I want to take care of youngsters,” said Tony Allen, “they have messages and I want to bring them on my beat.” If the youngsters can take inspiration from Fela Kuti, Damon Albarn, and Skepta, and join Allen on his beat, then the future definitely seems bright.