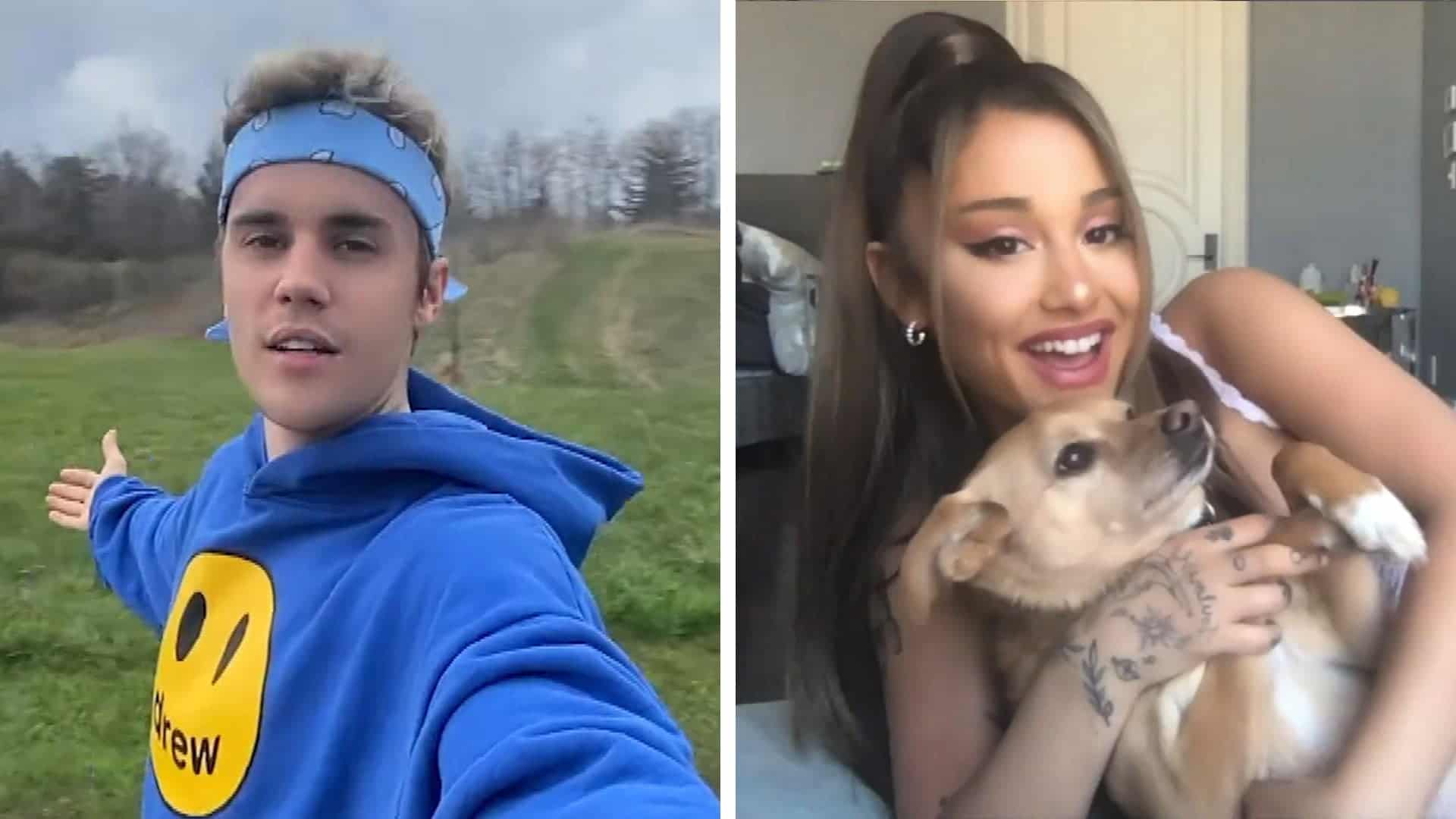 Superstars of pop, Ariana Grande and Justin Bieber, have teamed up to deliver the perfect quarantine love song, “Stuck With U.”

The duo also shared a music video as part of a fundraiser for the First Responders Children’s Foundation, which provides grants and scholarships to the children of medical workers, emergency medical technicians, firefighters, police officers and such.

Fans have been angling for the pair to team up on a track since Bieber broke his two-year hiatus by returning to music to close out Grande’s Coachella set by duetting with her at last year’s festival.

Love this. A fan sent us this . Some of our favorite movies in here. Love this and wanted to load it up for you to see. #stuckwithuprom #stuckwithu @haileybieber @ArianaGrande https://t.co/VLwvn45QAP

“Stuck With U” is a sweet, straightforward tribute to being stuck with a significant other during self-isolation – as ‘quarantining together’ quickly becomes a relationship status of its own – weighing the pros and cons of having no plans besides being “stuck with” your special someone.  With its groovy, laid-back soundscape, the track is a feel-good offering and surely a contender for “the duet for our times” (as described by the pair’s manager, Scooter Braun, who has a songwriting credit on the track).

On the upbeat track, Ariana Grande opens with “I’m not one to stick around/ One strike and you’re out baby, don’t care if I sound crazy/ But you never let me down” and Bieber joins in later with “There’s nowhere we need to be/ Imma get to know you better,  kinda hope we’re here forever,” putting a positive spin on quarantining thanks to the light of love.

The DIY video for the song is suitably heart-warming as well, featuring scenes from stars like Demi Lovato, Chance the Rapper and wife Kristen Corley, Kylie and Kendall Jenner, Stephen and Ayesha Curry. It also mixes in fan-submitted clips, showcasing people around the world who are going through the pandemic together. Justin Bieber is pictured spending time with his wife, the model Hailey Bieber (ne Baldwin). Ariana Grande, who starts off the video cuddling her dog, surprises fans by later slow dancing with and hugging a mystery beau in a dark hoodie.

All proceeds from the single will go towards the First Responders Children’s Foundation, so get streaming!