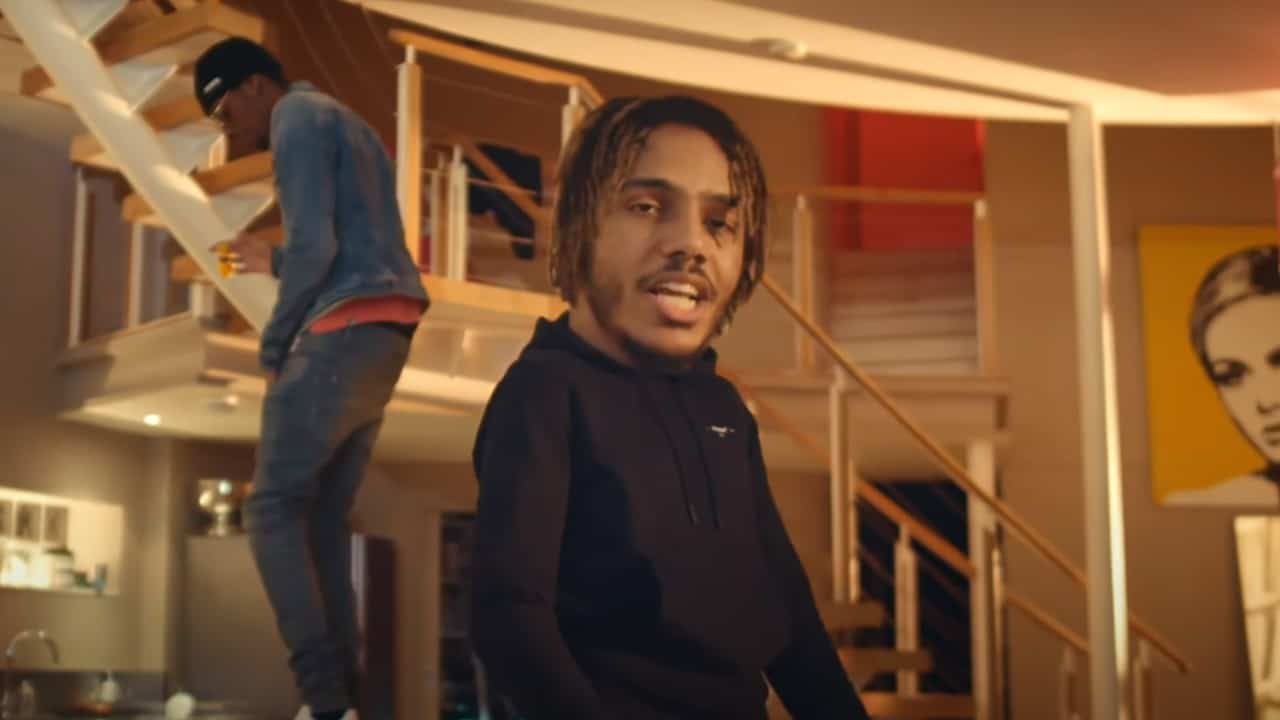 AJ Tracey’s latest single is, as we’ve come to expect, full of quotable lyrics over a memorable bassline. And, while we might not look back on “Dinner Guest” as a triumph for UK rap, it is fun and Kiss FM will love it.

In fact, that memorable bassline is more memorable than most. The song heavily samples Nightcrawlers’ “Push the Feeling On.” You might not have heard of the song, but you’ve definitely heard it — Pitbull’s sampled it, as well.

Before AJ Tracey has even finished rapping the opening two lines of the song, “Cartier frames and a turtle neck (fancy)/ Parents always love me as a dinner guest,” most fans of UK rap will already know what’s coming next — lyrics about girls, money, cars, and generally winning at life.

MoStack, whose debut album Stacko peaked at number three in the UK chart last year, continues the theme: “Babe you’d be a ten out of ten if you never smoked cigarettes/ But can I blow your back just a little bit?/ Ay rudeboy you’re fucking with a bigger fish/ It ain’t over ‘till the fat lady sings/ Tell your mum grab a mic/ You’re looking like snack baby, can I grab a bite?”

However, do not think that the lyrics are basic and uninspired. AJ Tracey’s wordplay is, as ever, exceptional. “One Kiss is all it takes, I could give you that/ But I’m gonna do her I ain’t with all that/ Now I’m playing with New Rules imma give her back.” If you’re not already familiar with AJ Tracey’s back catalogue, he definitely has a thing for Dua Lipa.

The most significant line of “Dinner Guest” comes from MoStack. “I’m a pop star now/ I stopped wiling out.” “Dinner Guest,” in Britain, in 2020, amid the lockdown and Boris Johnson’s leadership, a pop song by two pop stars.

The pair making a song like “Dinner Guest” four years after AJ Tracey made “Packages” freestyle on LinkUp TV and MoStack made “Liar Liar” is a testament to the growth of both artists but also the growth of the UK rap scene.

The song’s accompanying video has racked up more than half a million views in less than a day (at the time of writing) — even more proof that AJ Tracey and MoStack are genuine pop stars.

The video itself is a bit basic and given the current coronavirus restrictions that’s hardly surprising. AJ Tracey is not driving a quad bike around Dubai as he was in the video for 2019’s smash hit Ladbroke Grove. But there’s still plenty of room for flexing — the pair spend a good chunk of the video in, presumably, one of their kitchens and it is almost certainly bigger than your entire house.

“Dinner Guest” is well worth a stream or two, just so you can catch all the double entendres and references to other faces in the UK music scene (Jorja Smith gets two mentions on two different verses, for example). It won’t be remembered as a classic but, then again, not every song needs to be.