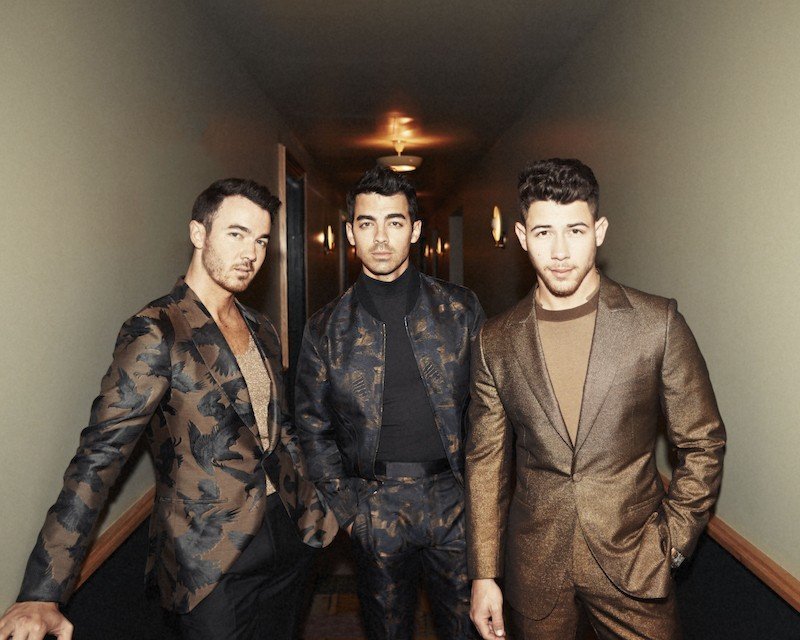 GRAMMY-nominated trio, Jonas Brothers, have released XV – a special two-song bundle to the delight of their massive fan base. It features the tunes “X” with KAROL G and “FIVE MORE MINUTES.”

Both anthemic offerings were teased in the band’s newly released concert documentary HAPPINESS CONTINUES, with fans flooding the band with requests for a proper release.  What they delivered has been worth all the clamoring.

A sweet serenade with an earworm melody, “FIVE MORE MINUTES,” which the Jonas Brothers first teased with a clip during the 2020 GRAMMY Awards – is full of impressive riffs, feel-good hums and romantic lyrics.

Hitting high notes effortlessly before dropping to a simple yet loving chorus: “Give me five more minutes, yeah/ Baby, I’m not finished loving you. I don’t wanna end it/ We’re only just beginning.” The track evokes the feeling of wanting to stop a loved one from leaving your company – you just need five more minutes with them – you’re hoping they’ll agree. As the Jonas Brothers repeatedly put the request in the song, “please say yes!”

Following a six-year hiatus, the Jonas Brothers shocked the world in 2019 with the surprise release of their critically acclaimed and widely successful single “SUCKER.” It went on to debut at #1 on Billboard’s Hot 100, becoming the first #1 for the band and the first #1 debut from a group this century. They then released Chasing Happiness, an Amazon Original film documenting the brothers rise and return to music, as well as dropping their platinum-selling album Happiness Begins.  Their new documentary, HAPPINESS CONTINUES, captures the band’s live concert experience and provides an exclusive look into the Jonas Brothers’ lives on the road and gives fans a deeper look at how Nick, Joe, and Kevin navigate tour life while continuing to balance music, their relationship with one another, and their new families.

If the incredible range and musicality showcased on both “X” and “FIVE MORE MINUTES” is anything to go by, I think it’s safe to say that the brothers have things sorted, navigating with ease wherever music is concerned.