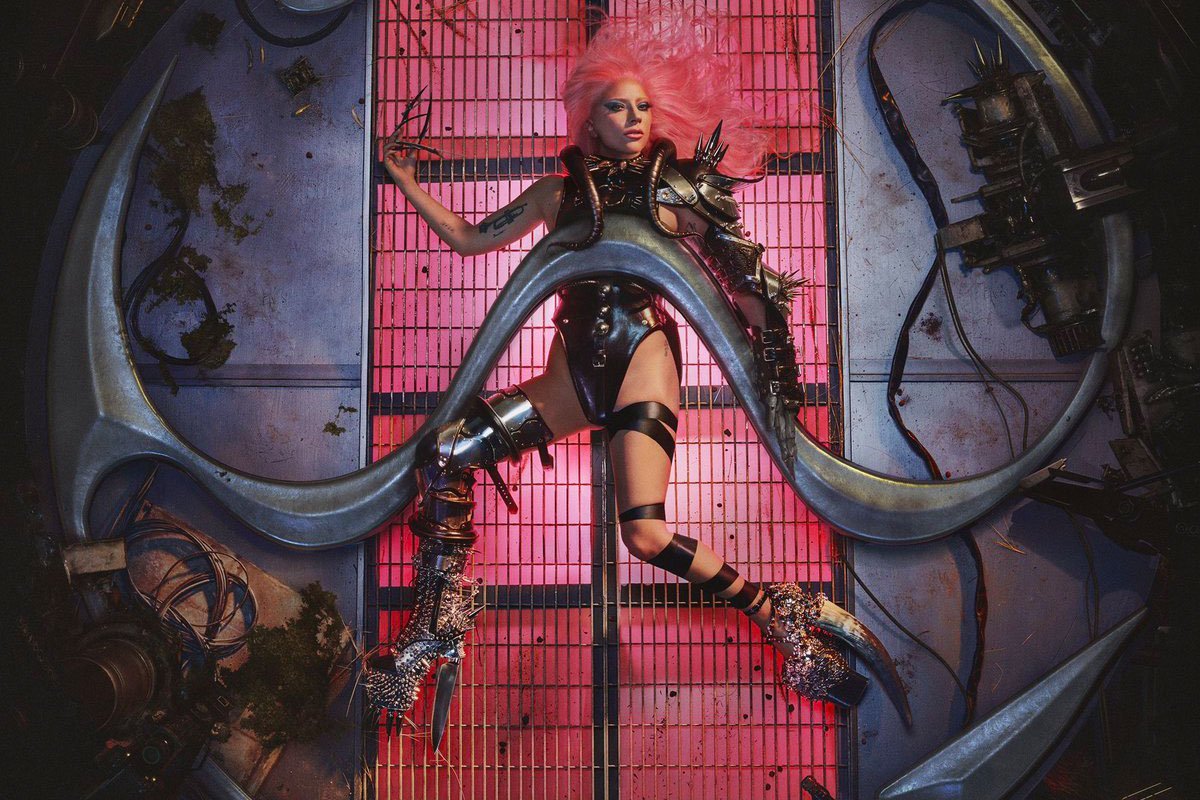 With theatrical flair and a consistent adventurous streak, Lady Gaga returns to pop music with the sad bangers, club anthems, and everything in-between on her much-anticipated sixth studio album Chromatica.

Bizarre world-building blends seamlessly with deeply personal subjects on the record, making this Gaga’s finest album since Born This Way.

Starting with the electro-disco stylings of lead single  “Stupid Love,” Chromatica then leads into the collaborative effort with Ariana Grande, “Rain On Me.” The song expertly melds the musicality of the two heavy-weight pop stars – powerful voices, 90s house beats, and an all-round irresistible sound. The album dives straight in to deliver bangers right off the bat.

Chromatica is Gaga’s first pop-centric album since 2011; but unlike the soaring soundtrack of A Star is Born or the acoustic bits of 2016’s Joanne, there’s not a single slow song to be found on the 16-track album.

While ballads seem to have no place on  Chromatica, impactful lyricism has expansive space to tell stories. Gaga reveals vulnerability and self-doubt through her lyrics on tracks like “Stupid Love” and the deceptively upbeat “Fun Tonight,” before effortlessly pivoting to a self-confident stand on empowering anthem “Free Woman,” where she declares “I’m still something if I don’t got a man.”

The album, which is a sonic amalgamation of the singer’s dance-pop/EDM days and unbidden revival of 90s house music, peaks in the second half with the cyborgian-funk outing “911,” a touch of dysfunction in “Replay” and experimental collaboration “Sour Candy,” with K-pop girl group BLACKPINK who partly sing in Korean.

With wide-ranging soundscapes, Chromatica boasts all the diversity and adventure Lady Gaga is known for but remains understated without the ambitious grandiose that’s typical of the pop diva’s music.

The drama that makes Gaga is lacking, and this becomes most clear in the final fourths of the album as it flags with mild, religiously symbolic “1000 Doves.” The song misses the mark with its forgettable soundscape despite its relatively impactful lyricism: “I’m not perfect yet, but I’ll keep trying”. In another example of a track that could have been so much more than it ended up being, is the joyous and explosive “Sine From Above,” which has guest vocals from Elton John, but somehow slips under the radar.

The pop star manages to bring back the panache for the final offering of the album, the euphoric closer “Babylon” where Gaga is most comfortably Gaga. From handling heavy subject matters such as PTSD triggers, antipsychotic meds, and sexual assault to offering the booming club anthems that the world needs right now, Chromatica offers both heart-wrenching reality and other-worldly escapism in one fantastic package of pop songs.