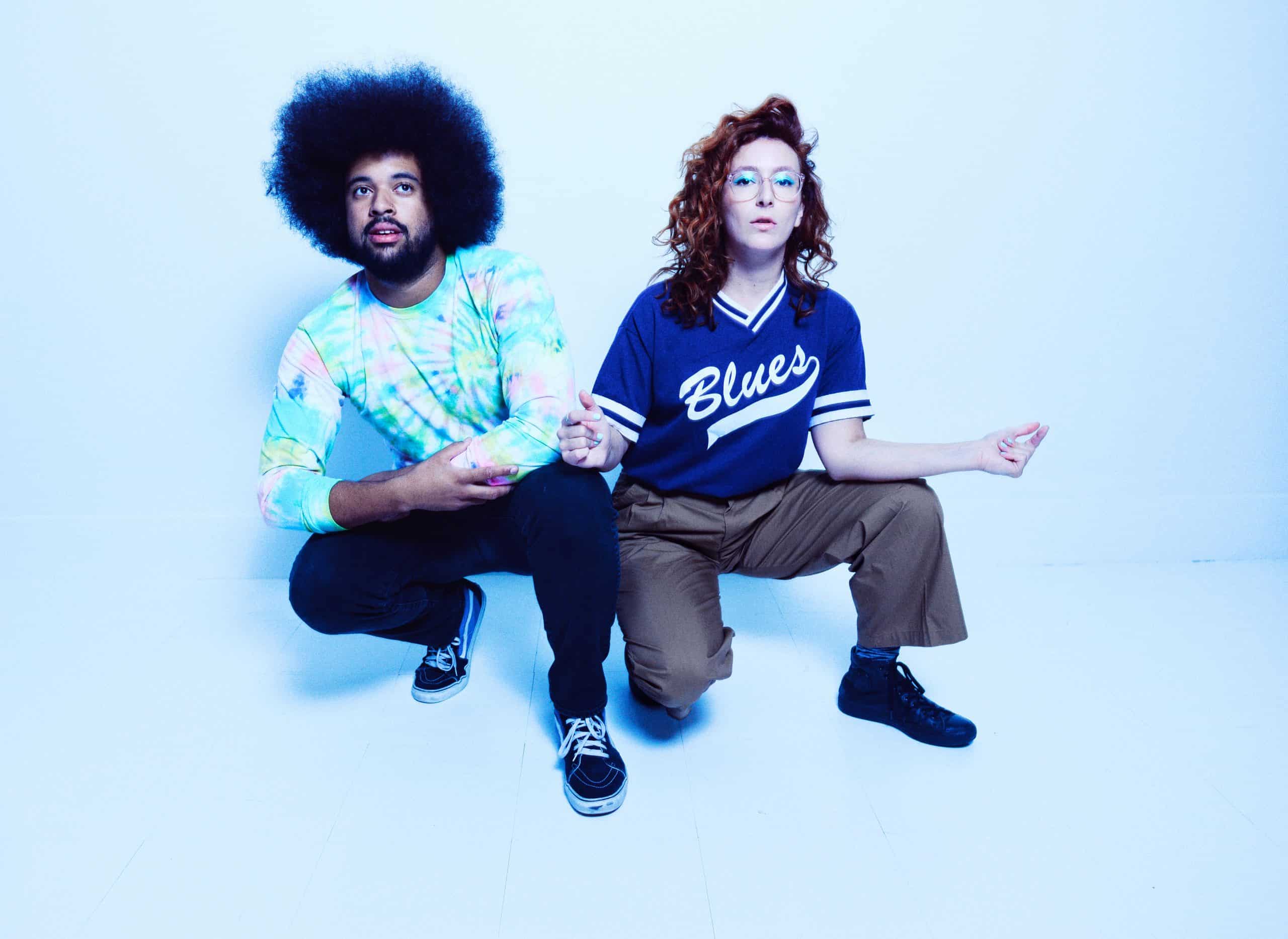 Released independently on the 24th April, the debut LP includes an assortment of Human Natural’s toe-tapper singles, mixed and mastered to perfection. Human Natural is comprised of the dynamic songstress Hannah Winkler and multi-instrumentalist and producer Brian Robert Jones.

“This project gave us a space to indulge in a lot of things musically that we hadn’t had the proper channels to do so before. Our personal tastes are pretty all over the place, so we figured we’d use that as a strength and express that on our record.”

It’s immediately apparent that Only Human Natural is no ordinary album. Every single vocal stem, beat, and ounce of instrumentation is laid down perfectly. Each pop bop succeeds in evoking a multitude of feelings – namely, happiness. The album’s production calls on the bouncy, saccharine pop of producers like A G Cook and Cirkut. Nonetheless, Human Natural remains completely original.

This duo is no stranger to music, especially when it comes to performing. Winkler, hailing from Brooklyn, is a member of Ingrid Michaelson’s touring band. LA star Jones also frequents the stage, touring with big names such as Vampire Weekend, Gwen Stefani, and MUNA. His repertoire features many a renowned musician, including most recently with Paramore’s Hayley Williams for Petals For Armor. Like Petals for Armor, Only Human Natural is one of those albums that unfolds its full potential via chronological playback.

The album opens with the whirlwind track “Ego”. Chock-full of 80’s synths, “Ego” wears its heart on its sleeve, and its message in its words.

The following track, “Wake Up in LA” is downbeat and pensive in comparison. Wrinkler belts, impassioned – ‘you’ve got to break up in New York to end up in LA’, slamming each and every note with perfection. These flawless vocals are followed by a swimming pool of backing vocals chanting ‘wake up’. With “Wake Up in LA”, listeners feel as if they’re in a dream.

That is until they’re brought back to reality again with the bold track “Trampoline”. “Trampoline” verges on 8-bit as Jones showcases his wealth of knowledge in electronic production. The only feature of the album, Antwaun Stanley’s soft vocals spring forward during “Trampoline”. This track verges on cheesy but manages to save face by being blissfully and unapologetically happy. It’s unsurprising that Jones is an *NSYNC fan, constantly teasing on his social media about an *NSYNC cover album.

Track six, “Fantasy”, is by far my favorite song on Only Human Natural.

Empowering, honest, and unapologetic, “Fantasy” was released as a single in 2018, coincidentally, at a time when I needed it most. It holds a special place in my heart. It’s inspiring and carefree all at the same time, achieved by its blend of straight-talking lyrics and energetic sound. ‘Am I your plaything? ‘Cause this feels like insanity,’ exclaims Winkler, amongst staggered drums and pulsing synths.

The final track of the album, “Obvious”, is an interesting choice for the record’s close. Nonetheless, the rip-roaring guitar solo and its simple, yet sincere, lyrics, carry meaning in this cross-genre exploration, which also happens to be the duo’s debut single.

It’s “Obvious” that for Human Natural, this debut is only their beginning.