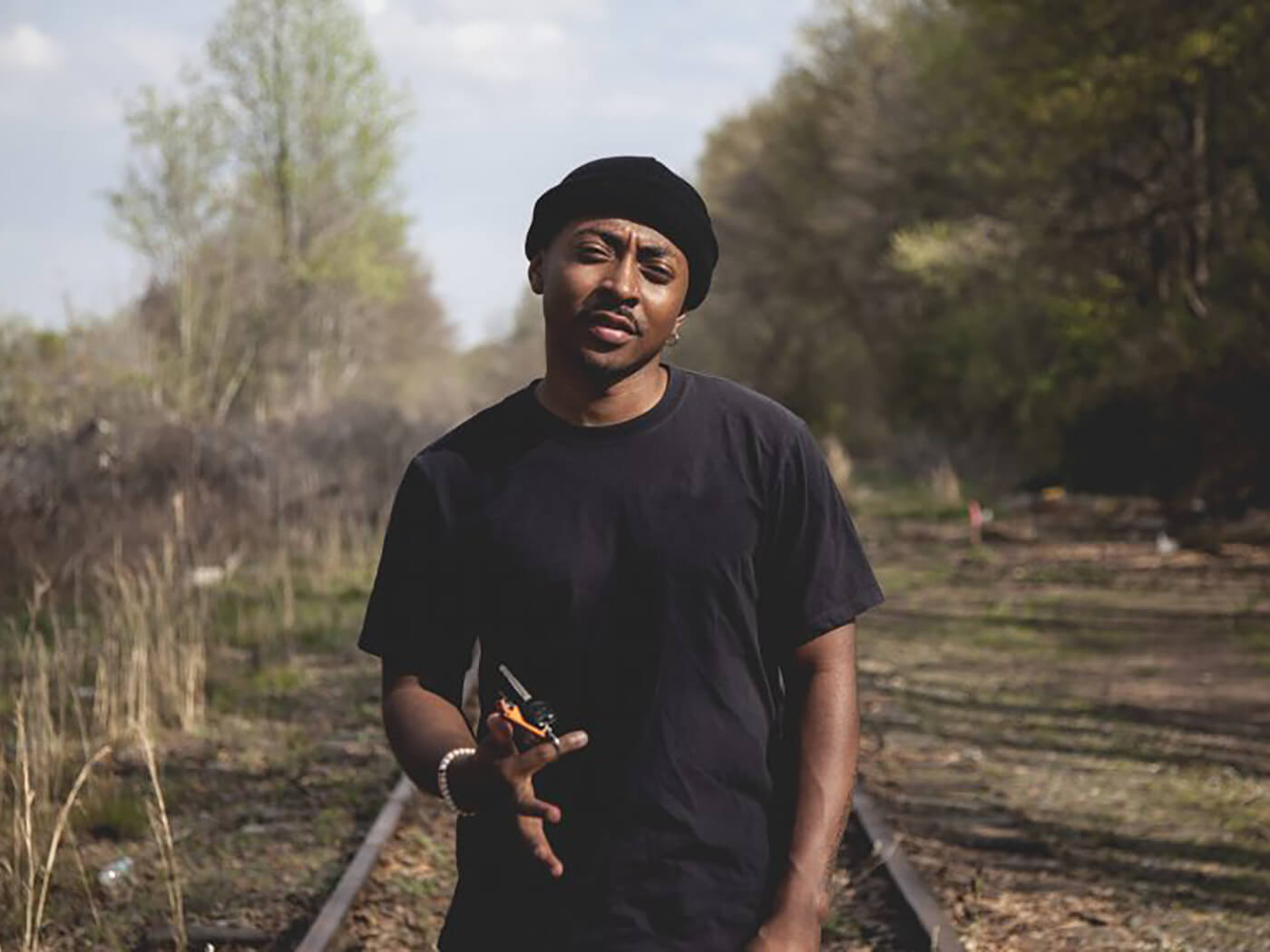 Deante’ Hitchcock has done what every up and coming artist hopes to do. He made a prudent move to get on the radar of the community that he wanted to hear his music. Then while he had their attention, he released a body of work that would hold it. His standout feature on Dreamville’s Revenge of The Dreamers III caught our ears, and this album has grabbed our soul.

BETTER is Hitchcock’s first full-length project since 2016, and his first drop on a major label. The album is a lesson in restraint and focus – it sits at just ten tracks with not a single song existing as filler. Each track has the purpose of adding another sonic representation of Hitchcock’s personality. When heard together, they represent a seemingly secure and enlightened version of Hitchcock. The title BETTER seems to describe his current ability to be self-aware in his reflection. The tone feels like he just came out of the other side of a conflict and wants to present a cohesive sound representing the best version of himself.

On the last verse line of the dynamic opening track, “I Remember,” Hitchcock raps, “A message to those that these songs end up reachin’, the second you find out your worth, then increase it.” As a conclusion to his thesis, or opening statement, we hear how he has come to this new mind state. Hitchcock has found his purpose and what he can offer to the world. The album’s structure then continues like a well-crafted essay to explain how he got to this point and why the journey itself is essential. Hitchcock’s message is that, however long it takes, once you find out your worthy contribution, if you can put your all into it, the rewards are vast.

One of the deepest and most overarching lines of the album comes in track three, “Attitude,” featuring Yung Nudy. Hitchcock raps, “See, this life black and white like Zoboomafoo, tryna figure it out like a Rubik’s cube.” Hitchcock uses color to describe his path to enlightenment. The PBS show reference is clever, but it also effectively sets up the concept of seeing the world only two ways at opposite sides of the color spectrum. A Rubik’s cube has a variety of colors, all existing in between black and white, and one must sort through them. Then arrange them in a way, so they make sense. Hitchcock has transitioned from a close-minded approach to life to opening himself up to the color spectrum of the in-between. A difficult choice to make as it requires work, analysis, and patience. But once Hitchcock can solve the Rubik’s cube, he can move forward with new understanding. Then once he hits another roadblock, he can rearrange the cube and try to solve it again.

Of the most potent songs on the album is “Flashbacks,” featuring Miguel and St. Beauty. The song deals with Hitchcock’s flashbacks to trauma that he is having trouble conquering. He raps, “Tryna reflect without usin’ a mirror ’cause I’m too scared to face it/ What am I chasin’ and will it fulfill me once I catch it?” He repeatedly goes back to tough memories. The depth of the hurt associated with them makes it hard to process them positively. Then in a moment of clarity, Hitchcock speaks of seeing a rose growing from concrete at the spot of his friend’s murder, and he raps, “One day eventually things’ll change, and maybe somethin’ beautiful can rise and thrive from all that pain.” This natural observation creates helpful hope, which becomes realized in a buttery vocal by Miguel that completes the thought.

Later, on the second half of the song “Growing Up/Mother God,” Hitchcock finds new understanding through his current partner and lover. He raps, “Girl I’m with now is a nurse and workin’ two jobs on the side/ Still tryna find purpose/ Givin’ love to those who need it and not just those who deserve it.” Hitchcock has found someone who lives her life in a state of embracing the journey. He sees potential in himself through his love for her. She has co-aligned an already found motivation with a drive to keep moving forward simultaneously. We must grow, and through that growth still, search for more answers. There seems to be a new level of peace provided to Hitchcock through this discovery. His love has made him a better version of himself in terms of his progression of awareness inward and outward.

The closing track “Angels” is the perfect conclusion to Hitchcock’s essay. He opens with the line, “Know I ain’t perfect, but my lil’ sister think I’m the shit.” This sentiment is full of humor and wisdom. Hitchcock now knows what truly matters as a source of approval and confirmation. Familial support is essential, and spine strengthening. He then restates an enriched version of the initial thesis to cement his point, “I was missin’ the big picture/ Switch my old frame of mind/ Now I’m open/ Shawty I can’t afford not to focus.” The purpose he found was through a mindset adjustment that he could no longer stray from due to his realization of its value. Hitchcock then delivers what seems to be a final thought that sums up the album as a whole with a chopped and screwed filter on the vocal he raps, “Been a prisoner in my mind, in a cell of my own creation…I just pray, I never forget.” Then immediately, the tone switches to vengeful energy. He raps impulsively, exposing his weaknesses to leave the listener with a statement that Hitchcock knows he is a work in progress. He knows that the journey doesn’t just end here. Funny enough, his flaws are a part of his enlightenment.

BETTER is the first album of 2020 with a genuinely exceptional lyrical prowess and through-line. One could call it a concept album, and to an extent, it is. However, Hitchcock has put so much of his raw human energy into it that feels more natural and less crafted. BETTER is authentic, self-actualized, and sonically top tier. The Weeknd, at last, has competition for the most elite project of 2020.