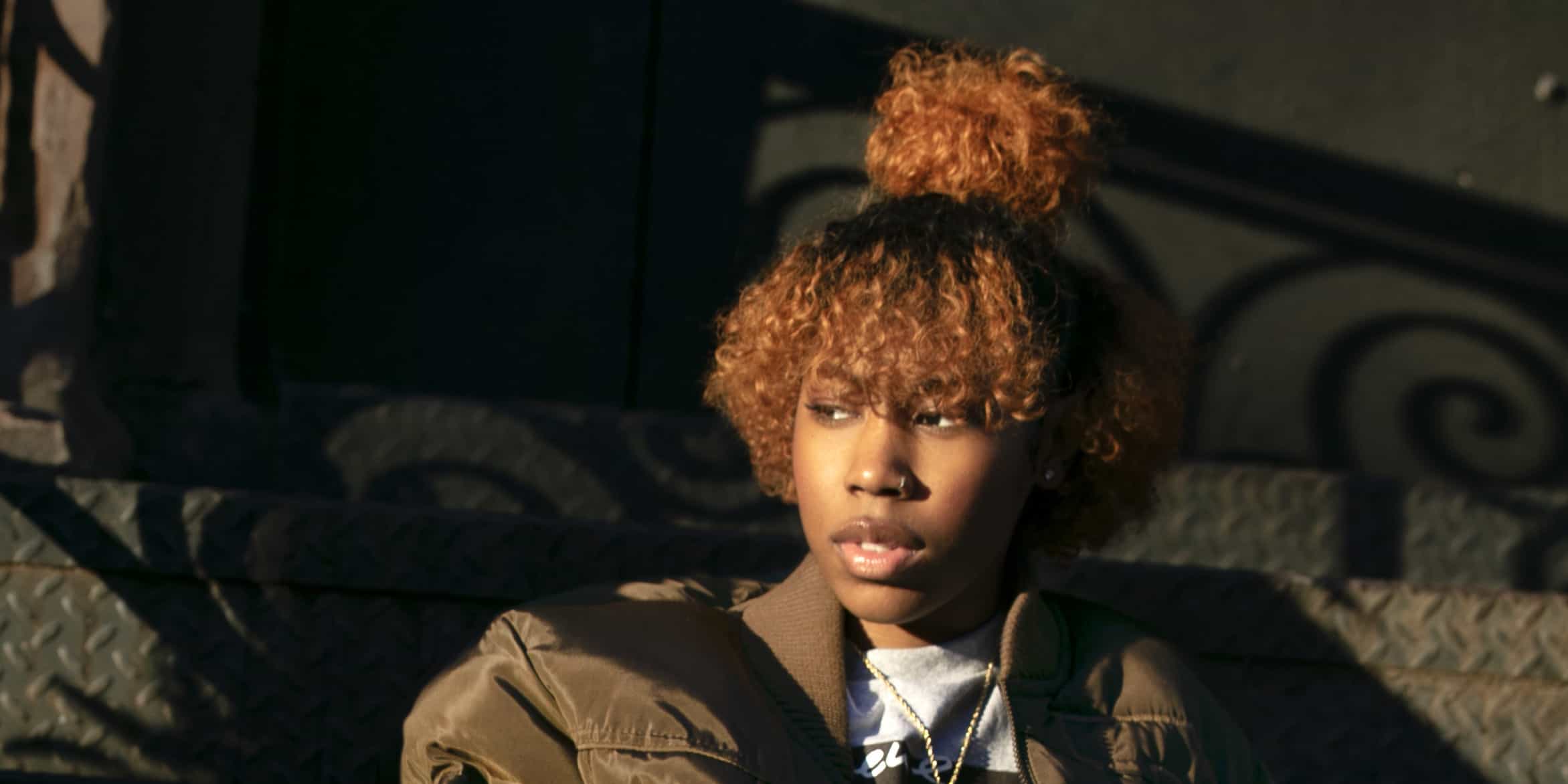 Rileyy Lanez is just getting started.

The 19-year-old Bronx singer-songwriter makes the kind of music that will have you falling in love with R&B all over again. Her sound is very reminiscent of the early 2000s and her breakout single “I’m Leaving” has already made waves with over millions of views on both the song and video. In addition to music, she also has an original content series on YouTube called “Lanez Life” where she documents her day-to-day life.

Her debut EP, Beautiful Mistakes, is out now and she spoke to us about her creative process and inspiration behind the EP and her career thus far.

You’re 19 and already making a name for yourself in the music world, what are you most artistically proud of so far?
I’m proud that I was able to accomplish my own EP, which will be released very soon. It might not be big for some people, but it’s big for me because just a few months ago I was making videos of me singing other people’s songs in my room dreaming of being an artist. Now, look at me making my own EP and album, making videos for my original songs, I’m thankful.

How did you begin a career in music?
It all started from my covers, the covers I post on my page. I always used to sing ever since I was a little girl, but when I started recording myself and posting it online, that’s when I started getting some traction and even more recognition from people outside of my household.

Who are your musical influences?
My musical influences range throughout the years from 2001 to now. I listen to a lot of real R&B like Keyshia Cole, Mary, Lauryn Hill to Jhené, Daniel  Cesar, XXXTentacion, Trippie Redd, and so many more.

You have an original content series called “Lanez Life” on YouTube. What gave you the idea to create this show?
People don’t really know much about me at all. They don’t know my background, where I come from, nothing. So with me becoming the artist that I am and the messages that I’m sending out into the universe, I thought they should know who I am. They should know the type of person that I am. So me making this vlog is to share bits and pieces of the Lanez life.

Your breakout single “I’m Leaving” has over 16 million streams and the accompanying video has over 7 million views. How does all the positive reception feel?
It feels good, I feel like I have somehow touched the hearts of my followers. I even get messages of people saying “thank you, your song really helped me through my break up.” Reading these comments and messages makes it feel like I’m close to them in a way, and I love that.

Your new single “Left 4 Me” is a little reminiscent of the early 2000s sound. Was this intentional and what was the inspiration for the song?
Yes, it was. I want to be the artist that brings back the old R&B vibes. We don’t get much of that anymore. The song itself was made about someone that I’ve dealt with in the past, lessons were learned.

In the video for “Left 4 Me,” you incorporate choreography. Is this something you’ve always wanted to do and hope to do more of in the future?
Yes! People don’t really know that I dance, they only heard my voice. I’ve danced since I was a kid, it stuck with me then and will stay with me now so expect more moves here and there.

You’re very active on Instagram. How important is fan interaction for you?
It’s very important. I like to try to always keep my fans engaged with what I’m doing. I always keep them updated and show how much I appreciate them because without them I wouldn’t be where I am now.

What was this feature experience like for you?
It was dope, the song we made itself was dope. I’m thankful that I got to have that experience.

Creatively, where do you see yourself in 5 years?
I see myself having sold out tickets to my own concert in bigass stadiums just being able to have that in my bag, that turn up experience with my fans.