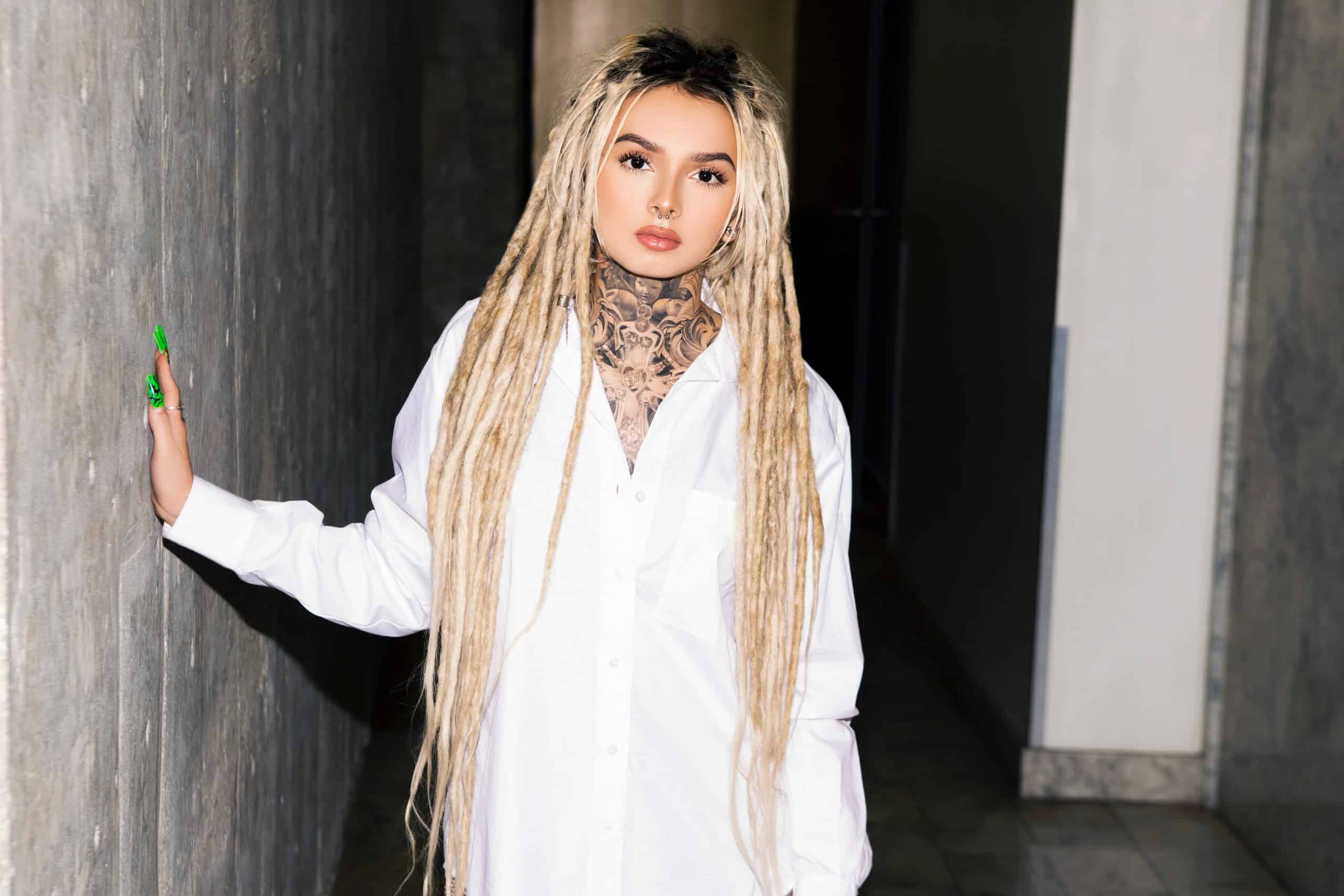 To know Zhavia Ward is to understand how deeply she cares about creating art. Her love of art in all forms goes way beyond her music — it’s her style, it’s her tattoos, it’s her words. “I was always into art,” she shared. “It didn’t really matter to me what type of art; I just love art all around.” She grew up in a California household surrounded by all kinds of music and has let that experience infuse her own sound, including “Waiting,” her newest song since her debut EP, 17, was released last year.

“Waiting” is a powerful song about not letting anyone drag you down, to put it as politely as possible. What it really is, though, is Zhavia’s “see ya later” to people she doesn’t have time for. “It’s about letting go of negative people in your life, whether it’s someone that’s close to you or someone that you don’t really know,” she told me over the phone during a quarantine-friendly chat from opposite ends of the US. “People who have bad intentions and are just sitting around waiting to watch you fall — keep them waiting, because you’ve got to persevere and keep yourself up,” she continued.

The song has an equally powerful video to go along with it, allowing Zhavia’s uniquely strong voice to do all the heavy lifting. The artistic black-and-white video, directed by Andrew Sandler and Tusk, dares you to watch Zhavia fall, but she never hits the ground. “At the end of the day you have to stop caring what other people think,” she said.

Since making her singing debut on Fox’s The Four in 2017, Zhavia’s been extremely busy writing, recording, and touring. She even had a huge collab with Zayn Malik on last year’s “A Whole New World” for Disney’s Aladdin, an opportunity she feels so grateful to have had. “For Disney to accept me, I mean, I have tattoos, I look crazy!” she said. “For them to accept me without having that much of a name for myself this early on in my career, it meant a lot. It was a big deal and definitely something that I’ll never forget.” And the fact that she got to record with a singer she was already a huge fan of was equally as exciting to her: “I would listen to One Direction all the time. I also followed [Malik’s] music when he went on his solo career as well,” she said of Malik. 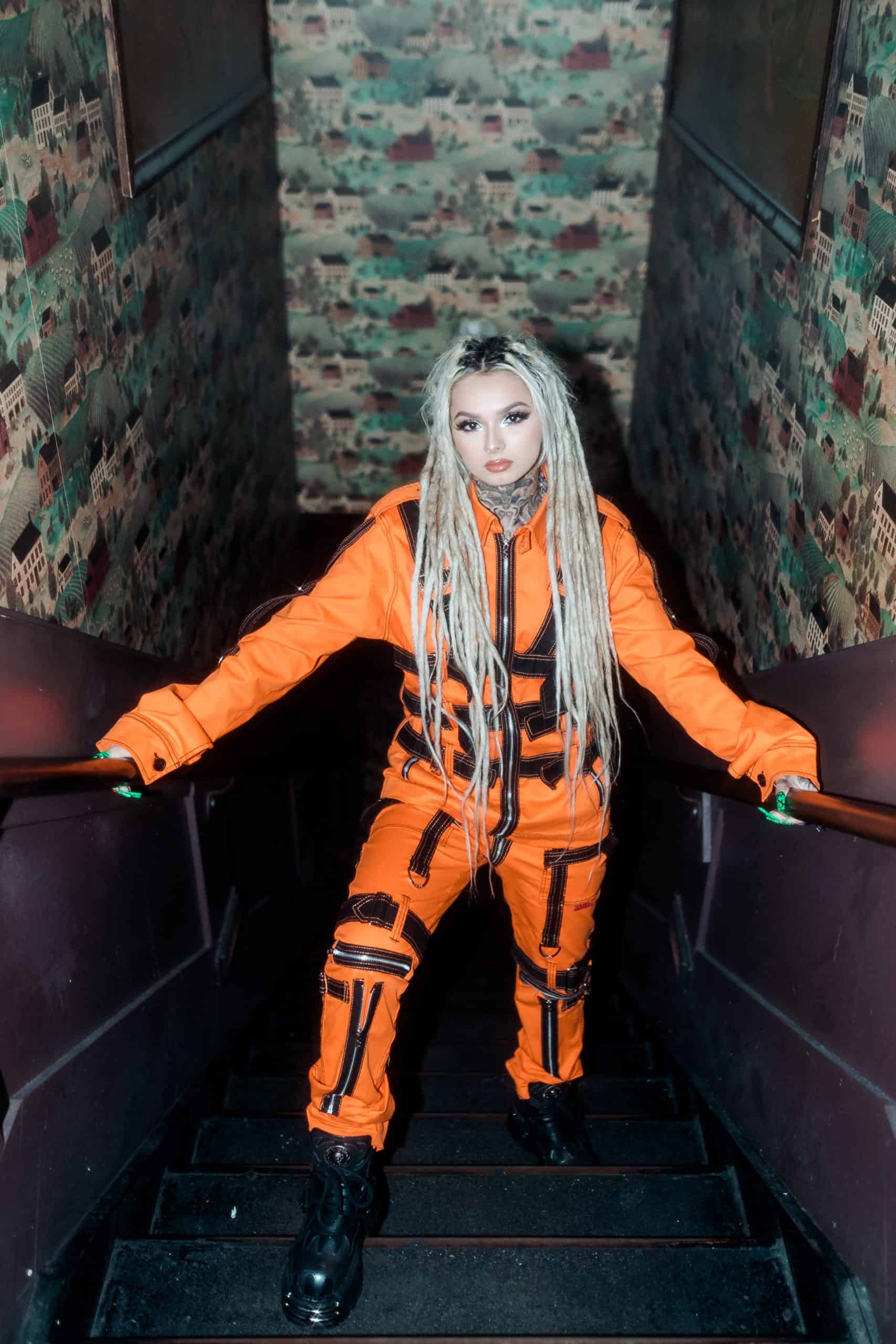 Everything about 19-year-old Zhavia is memorable. If you aren’t stopped in your tracks by her stunningly soulful voice, then you certainly can’t miss her long blond hair and flawless style. Zhavia is a fashion and beauty girl through and through and sees it as yet another way to express her art. When I asked her about her favorite makeup products, she became animated, like she couldn’t tell me fast enough which products she loves the most.

“Ever since I was in first grade, I started wearing makeup to school every day,” she said. “I would just sneak my mom’s eyeliner and just wear it to school.” She swears by her Stila eye shadow, her MAC lip liner, and her Milani blush — but that’s only until she has a makeup line of her own, which is a super casual goal for this ambitious teen. “Makeup is definitely something that I really enjoy doing — it’s another way to express myself,” she said.

But she’s not stopping at a makeup line. She’s also hoping to start her own fashion collection someday too. “Growing up, we didn’t really have money to get any clothes,” she said. “If I would get hand-me-downs, I would just customize them myself. Maybe it was tie-dyeing, but with bleach or with household products. I always wanted to add some pizzazz and just be expressive in that way and just make art.”

Everything Zhavia does and talks about comes back to her art and her creativity. She truly embodies it from head to toe, and that also includes the many patterns of ink that cover her skin. She started getting tattooed when she was 16 — she’s pretty sure — and already has 16 tats with several more planned. She’s sat for hours in tattoo chairs but she said as long as she has Netflix, some food, and a little bit of Drake to listen to, the pain is worth all the hours. “I was hating [the pain], but it was worth it in the end, because I have something forever,” she said of her neck and chest tattoos. 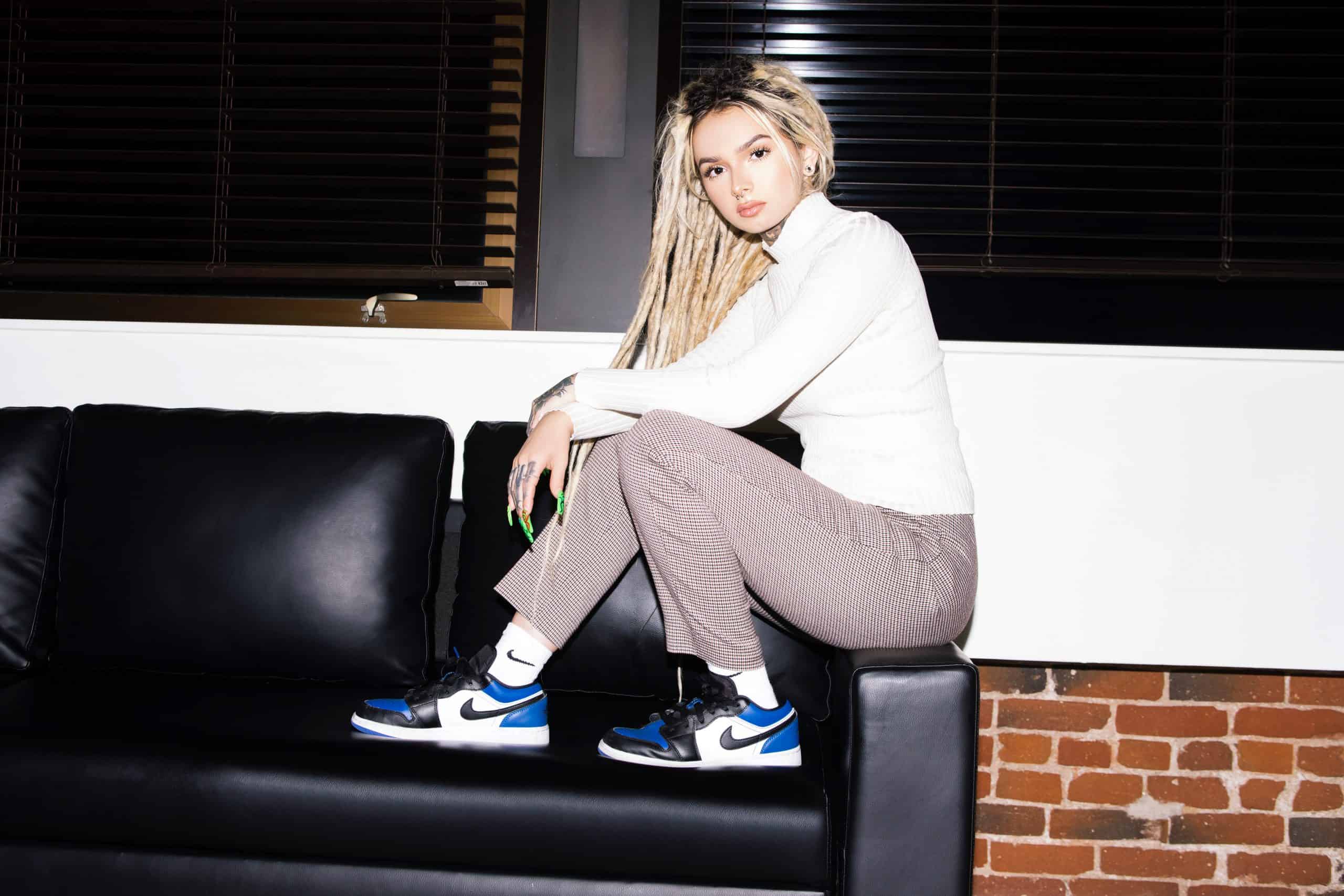 Her tattoos tell her story, just like her songs, and just like she has more big ideas for tattoos, she also has big plans for her music. “I’m trying to work on getting my studio set up in my house,” she said. But due to the whole world being on a tilt because of COVID-19, she’s been having trouble getting her equipment in the mail. She’s not letting it stop her progress, though. “Once I’m set up, I’m sure I’ll be in the studio writing a lot. I’ve also been trying to play the guitar more while at home.”

In the meantime, she’s showing off her vocals — and some beauty how-tos — on social media and just virtually hanging out with her millions of fans. And, she’s obviously listening to her favorite music: “Of course, I’ve been listening to my song that just came out,” she admitted with a laugh.

A little bit pop, a little bit R&B, and a little bit of something that’s all her own, Zhavia’s a refreshing voice who will undoubtedly keep raining monster songs that are little pieces of herself, just like “Waiting.” She’s an artist, she’s a dreamer, and she has no time for negativity — she just wants to create. Her bit of advice for others is what she lives by too: “Just follow your heart and do what’s right for you.”