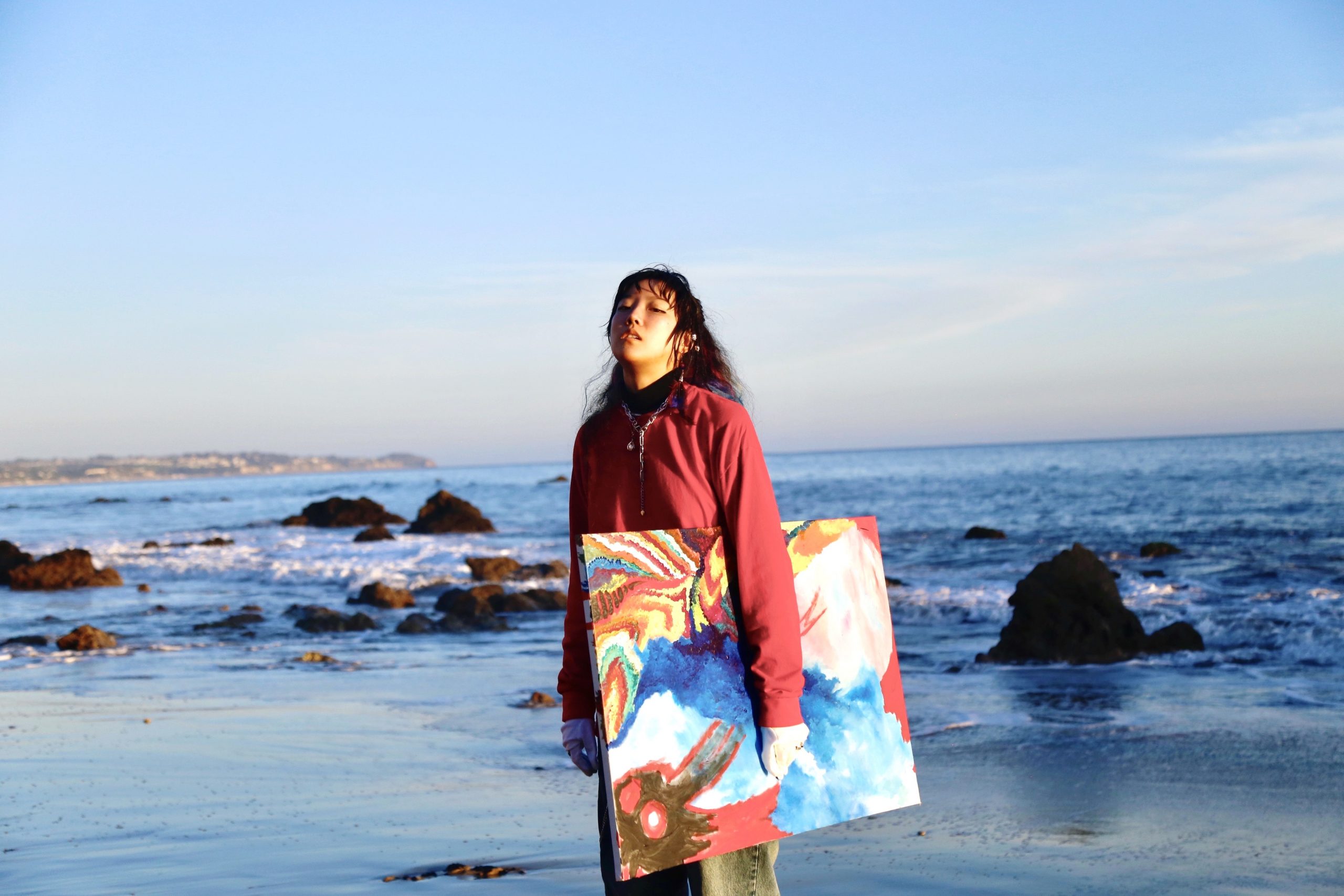 From no music to only music, we chat to genre-defying artist Psyclo

Eclectic, eccentric, and exceptionally talented, genre-hopping artist Psyclo went from being a self-proclaimed “music idiot” who found solace in anime in her childhood to a dynamic singer-songwriter as an adult.

Born in Shenyang, China, Psyclo – whose real name is Ming – considers music her therapy, using her experimental sound and poetic lyrics to work through her own complex feelings. From her previous release “friEND” which talks about heartbreak to her upcoming single “Watch Me” exploring themes of possessiveness, Psyclo’s music is both witty and wise.

Ahead of the release of “Watch Me” on May 15, Psyclo speaks to us about her musical journey, her writing process, her love for anime, how she came up with her stage name and much more.

Tell me about your musical journey. How did you go from self-proclaimed “music idiot” to singer-songwriter?

I have always loved singing, but I’m not that good at music theory so for a long time I thought in order to make music you need to be the master of music but I was wrong. Having the entire world of knowledge won’t do anything until you take the first practical step — just to make something for fun. Sometimes you don’t have to have it all figured out to move forward, if you love it, you’ll keep doing it and you’ll get better and better. You’ll face problems and mistakes but that’s exactly the process of learning. I had some basic understanding of music theory and software use and I made a few songs, and I did more, I learned more, I kept doing it and here I am now.

You never listened to music as a child, so what’s the earliest memory you have listening to music? What kind of music attracted you?

I loved watching anime and I loved the music in there, so it’s not that I’ve never listened to any music, just listening to music was never my hobby, I didn’t have a laptop or a phone until middle school, and I would use my spare time on watching anime back then, I started listening to more music when I was in college. I love hip hop, death metal, and hard rock.

What does your music mean to you? What would you like it to mean to other people?

It’s my therapy, my way to escape, a way to heal. I want people who like my music to feel that they’re not alone. There are people like me who feel the same way.

It literally took only two days from writing to production to finishing recording “friEND”. I was going through a heartbreak and it was my way to vent, I hate to deal with relationship stuff.

“Watch Me” talks about the possessiveness of relationships, but the idea started with me watching the fish swimming in a tank. What a miserable life to live in a space like a tank, you have nowhere else to go, just watching other creatures starring at you sometimes, watching them having their own lives to live all day. The fish are being fed and well taken care of but man it sucks to be like a fish in a tank, especially for those little fish who were born in a tank, they never got to see how big the world it can be. Their safety is assured but I’d rather die than living in a fish tank. Metaphorically people can trap themselves or others in a tank top, people can be the fish also can be the ones who “own” the fish. 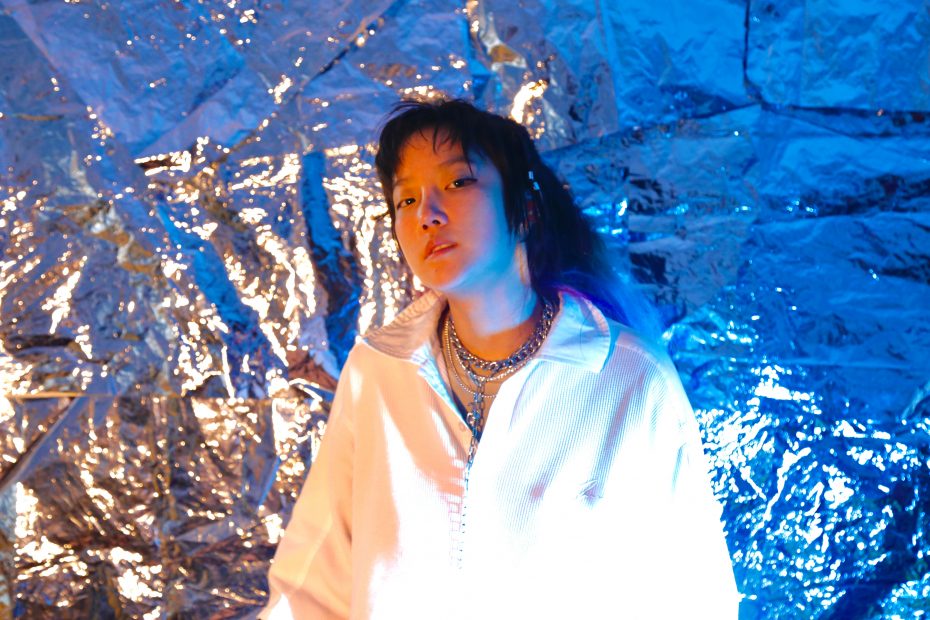 Who inspires or influences you both professionally and personally?

Naruto, my favorite anime. My favorite band is Falling In Reverse. I love Juice Wrld too.

What is it about anime that you love so much?

The stories, the music, the characters. Anime’s like a fantasy, there’re so many things in it can never be remade in the movies or tv shows.

What’s one piece of advice you always go back to during tough times in your life?

“Sometimes wrong choices bring us to the right places”

Who gave you this advice and what is the story behind it? When did this piece of advice comfort you last?

I used to regret a lot, spending all day feeling bad about myself, blaming myself for being dumb, I would try to recall EVERYTHING I did wrong; the times I trusted wrong people; the times I said something I shouldn’t have or I didn’t do anything when I should stand up for myself or for others. And I saw that saying online, it was like a bright moment for me and it’s true that I’m here now because of all the choices I made, all the good and the bad, I’ve grown up so much, learned so much. It gave me comfort last year when I finally realized I was gaslighted for a long time and trusted someone I shouldn’t have.

Where did the name Psyclo come from?

I was trying to come up with an artist name so I sat down with a paper, wrote down all words combinations that I like, and I picked the sound of “psyc” and “clo”.

What’s been the biggest highlight of your career so far? What’s next for you?

I hit 100 fans on Spotify? I’m just getting started and I don’t know where I’m heading to but who knows, I love making music, I’ll be releasing new music monthly.

Speaking of followers, you seem to have a lot of streams/listeners who love your music. But your overall “following” personally is quite small. Is that a deliberate move on your end? To have people focus on your music than yourself?

A lot of the streams come from playlists. There’re a lot of promotion scams on the internet and I bumped into some of those so I guess that’s one of the reasons the streaming number’s up. I’m just getting started and it’s always the most difficult at the beginning building a fan base.

What’s something that made you smile recently?

A DM from a fan yesterday. It really shined my world and changed my perspective. I saw some hate comments on the internet, I ignored those but I did think about it. I learned something new from the DM and hate comments just can’t get me anymore.

Finally, which song on your personal playlist have you had on repeat recently, and why?

It’s been “Star Shopping” by Lil Peep recently. I love that song; it feels like you’re on the rooftop watching stars.