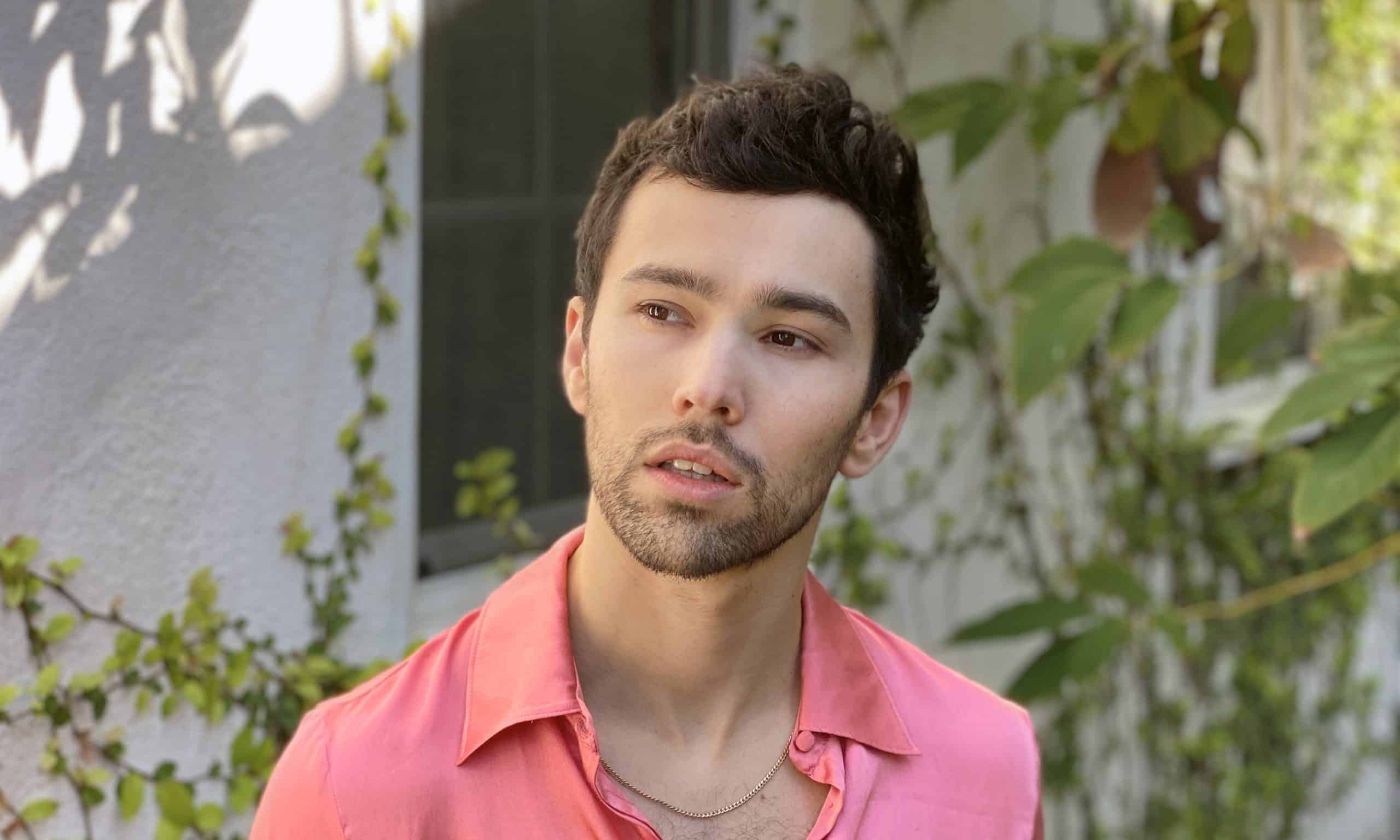 Max Schneider, better known as MAX, enjoyed his big break with his 2016 full-length album Hell’s Kitchen Angel. The album featured the big hit “Lights Down Low,” which has garnered over half a billion streams globally and went on to reach #1 on US radio.

It’s been four years, and MAX has been steadily releasing stand-alone singles. His album Colour Vision is expected later this year, but new single “Missed Calls” with Hayley Kiyoko is out now. We spoke to MAX about his new music, synaesthesia, how COVID-19 has impacted his creative process, his Broadway past with Ariana Grande, and more! 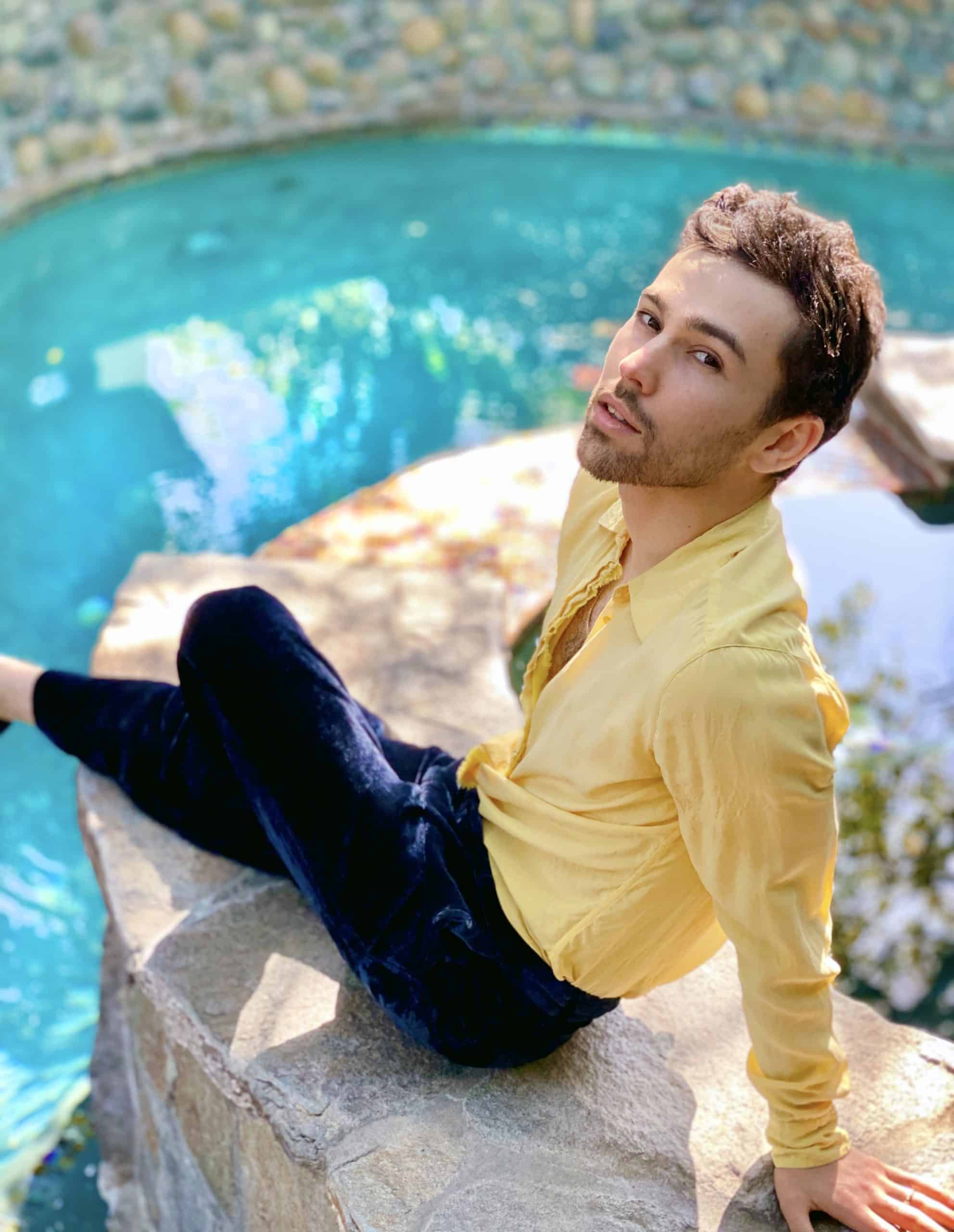 First of all, I hope you’re doing well and your family is safe. How are you coping with the social distancing measures, and having to adjust tour and music plans?
I’m doing pretty well. Honestly, I’ve got my family, my dog, 2 creative partners to keep grinding within quarantine. I’m grateful. There’s definitely an emotional strain from all of the changes and not doing what we love which is performing live but we’re good.

You used to do a lot of online videos and partially launched your career off of that as well. Do you think that those DIY experiences will come in useful these coming months in continuing to create content, collaborate, and connect with your fans?
Oh definitely! That’s a great question. In a weird way, we’ve always had a very indie hustle to our world so we’ve mistakenly prepared ourselves to become self-sufficient in all ways during these times

“Checklist” and “Where Am I At” are both very different in terms of the message & spirit – there’s a completely different emotion attached to each. Is that also something that you take into consideration when planning your releases or singles? That they show different facets of who you are as an artist?
Absolutely. Wow, you’re really slaying these questions, thank you. I’m always wanting to make sure that every song comes from the most authentic place but also making sure there’s an arc for the story of the album through the releases and eventually the full album order when it drops.

Was it difficult to record a song like “Where Am I At” that’s so vulnerable and emotionally raw? The video sees you stare unflinchingly at the camera, with tears welling up in your eyes. Not everyone would be able to open up like that and expose themselves to the world at large.
It was definitely difficult to share those feelings and that story. To me, when I write a song it’s a capsule in time and a safe place to look back at and remember how intense those feelings were. The hardest part is just digging up the specific moment you felt their feelings the most intensely.

I love the monochromatic looks so far and the tour name The Colour Vision World Tour inspired by your forthcoming album. For some people with synesthesia, that’s how they view music as well – an expression of colors depending on the song. I was wondering if you could tell me a bit more about your own inspiration behind the title and visuals?
Funny enough, my partner Ryan has synesthesia so he’s constantly telling me what looks beautiful in his head via the music and what doesn’t. He also was a huge part of the name. I had been diving into the theme of this record with yellow being the base color of joy and hope and every other color representing the different songs and emotions through it.

I personally love when artists create full worlds with their projects like Tyler, the Creator with Igor, or even The Beatles with Sergeant Pepper. So that’s what I wanted this whole album cycle to feel. A vibrant and bright world based in reality.

It’s been four years since your last album came out. Was it a conscious choice to take a longer break prior to releasing a new collection of songs?
No, honestly, time just slipped away from me. I’m such a perfectionist I just want each song to be the best it can be. But I’m already knee-deep into the next album so it won’t be 4 years before the next project comes out, I promise.

Your new song “Missed Calls” features Hayley Kiyoko – how did the collaboration come together? Did you set out to write a song with Hayley, or did you write the song and decide that it needed to be a duet?
Hayley is the best. We’ve known each other going on 10 years. She almost sang on “Love Me Less” but just wasn’t the right fit. I had written this song with a few of my favorite collaborators and the day we wrote it we knew it needed a female duet and BAM Hayley was first in my mind. I texted her, she loved it, she came over to the studio, we wrote the rest together, and voila, “Missed Calls” was born.

I love the abrupt, yet, fitting ending of the song – very smart, very cheeky. How did that come up during the production process?
Why thank you! It actually was an idea I had randomly because I wanted the song to flow seamlessly into the next song on the album. It works so well together.

The song reminded me of another track “Yellow Hearts” by Ant Saunders – another young artist on Arista – but also reminded me of Ariana Grande’s earlier material. I know that you’re friends with Ariana as well. Who is it that you’re currently inspired by in terms of creativity, lyricism, or sound?
Ant is an awesome, great guy and obviously I love Ari. I haven’t seen her in a while but homie forever. Gosh, recently I’ve been loving Still Woozy, Alabama Shakes, BTS, Zico, The Weeknd, Kim Petras, Benee. There’s so much great stuff out there right now. 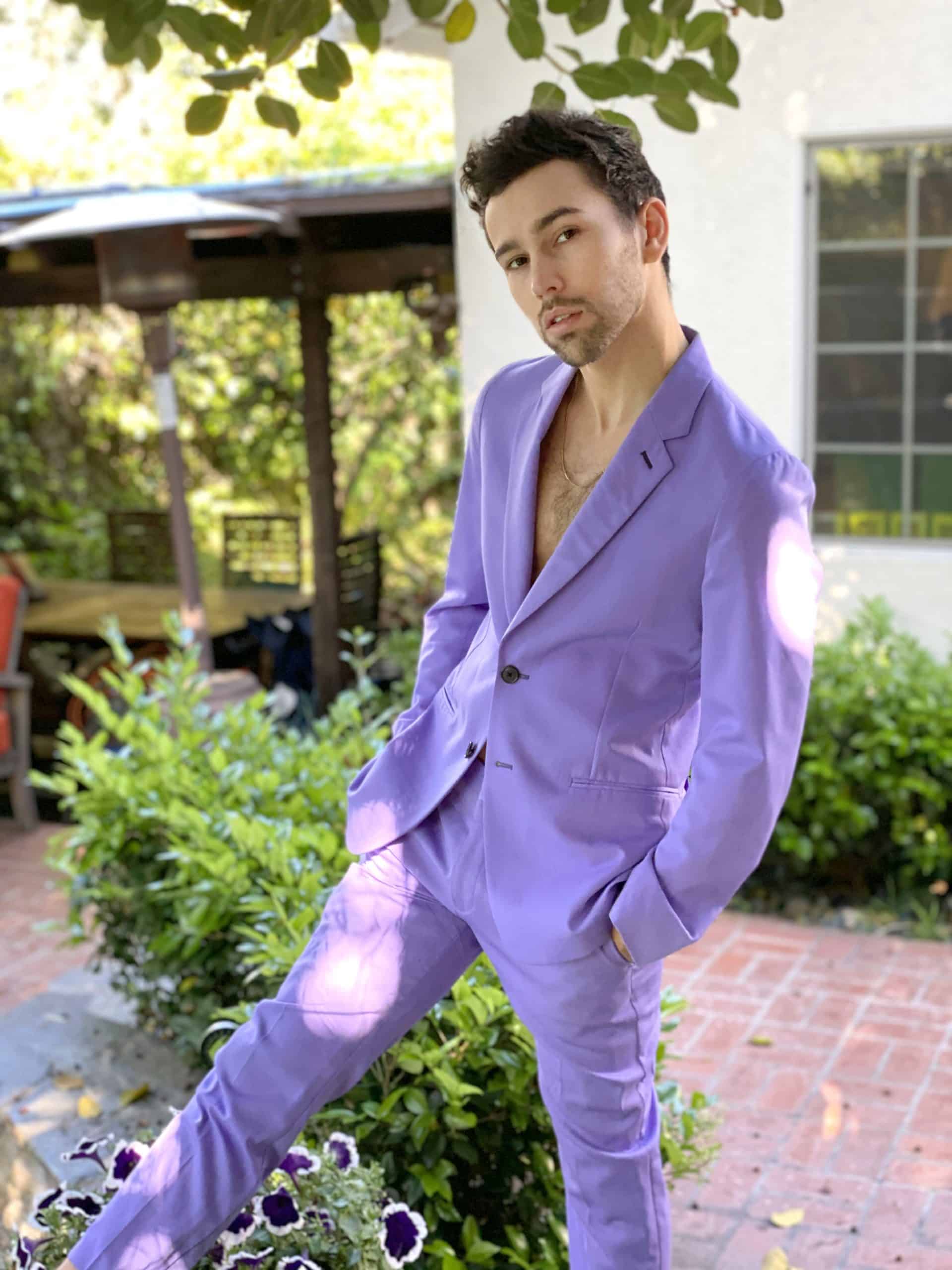 You’ve done some Broadway work in the past when you were younger – which is where you also met Ariana, I think. Would that be something you’d ever consider doing again in the future?
Correct indeed that’s where Ari and I first hung out. Little babies. Yeah, I definitely would be down to do Broadway again in a few years. Musical theater is a part of my soul forever. It definitely influences my live show. Prince mixed with musical theater that’s basically me, haha!

What is your usual creative process like?
It most always starts with the story or inspiration behind the song, then the rest comes in waves. The title pretty often the first thing, Melody usually most naturally after that, and then the specific lyrics.

Has the pandemic affected your creative output in any way? I can imagine it’s perhaps changed some things in terms of writing material and having new experiences or input to get inspiration from.
Totally. It’s affected it in so many ways but it’s just a new part of life to reflect upon. I always just try to soak in the current times and find stories to write about through that.

You’ve also got a DJ duo side hustle with Ryan Siegel as “Party Pupils” – is there anything in the works for you two as well, or are you currently focused on your solo album?
Ahhhh, yes indeed! My alter ego project. We’ve got our debut EP May 15th Neon From Now On and we’re doing this crazy roast with Jeremy Piven, Susie Essmen from Curb Your Enthusiasm, Tony Hawk, Gilbert Gottfried, and a ton more. Been so much fun to put it together. Just felt like a really fun unique way to celebrate the project and donate money to a hospital in New York where we’re from. 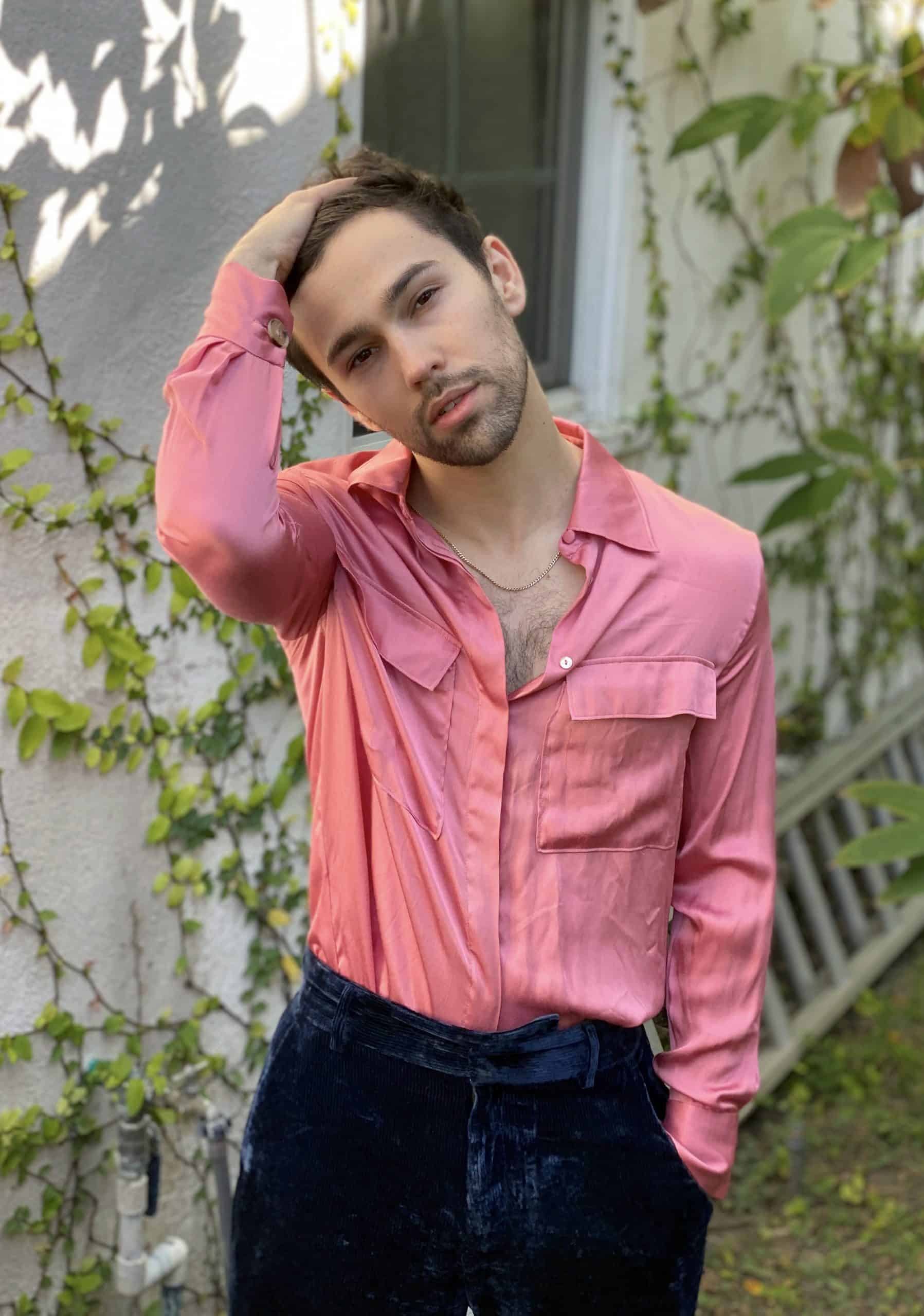