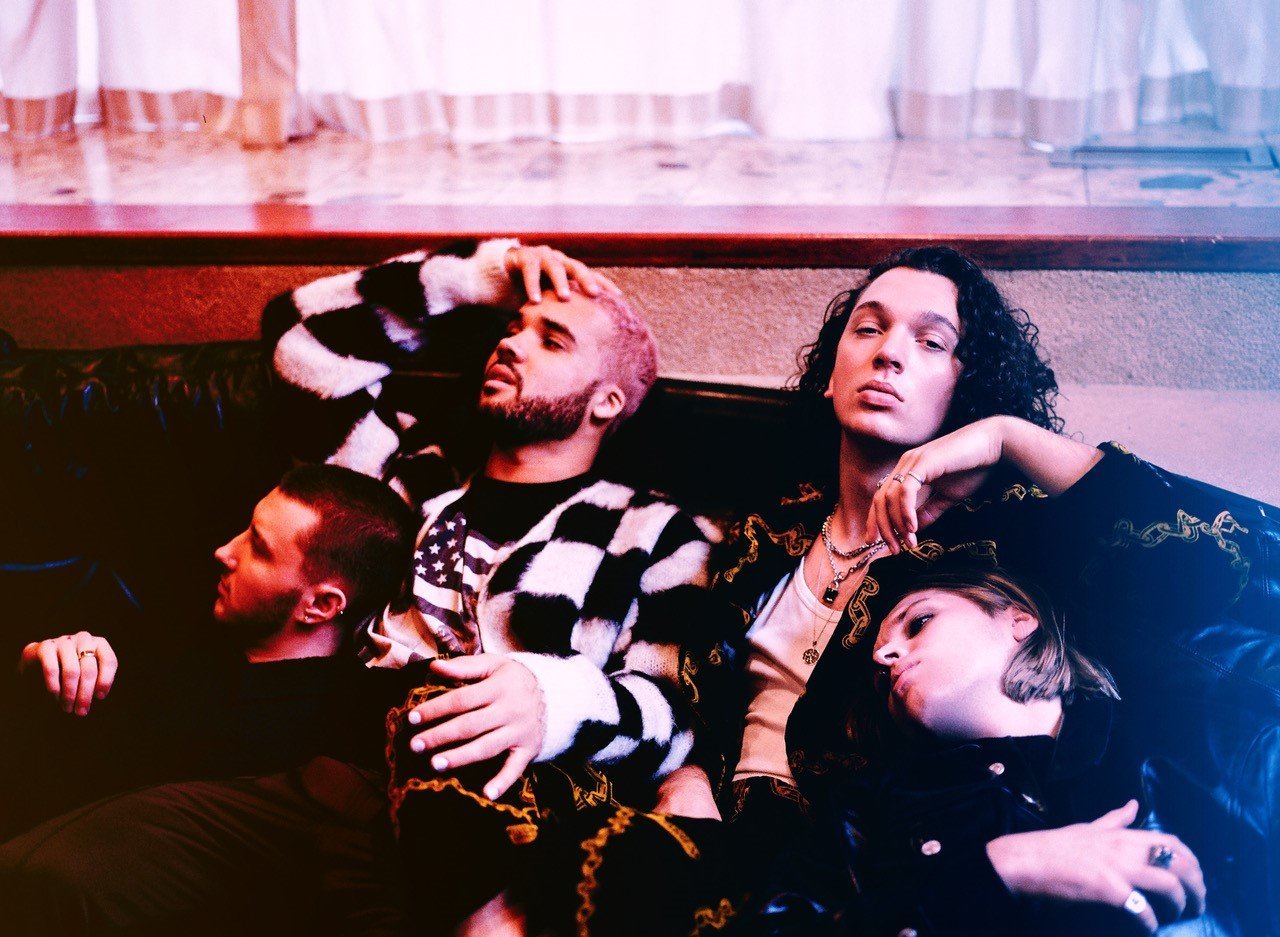 Indie-rock four-piece, Larkins, have been on the up and up ever since they released their debut single, “Hit and Run,” back in 2015. Since then, the band has shared a number of captivating singles, EPs, a live album, and went on an extensive UK tour last year. Just last month, they shared the bold new track, “Are We Having Any Fun Yet?”

But now, like the rest of the world, Larkins are in lockdown. We caught up with the band – comprised of vocalist Josh Noble, Dom Want (guitar/synth), Henry Beach (bass/synth), and Joe Gaskell (drums) – to learn how they’ve been coping. 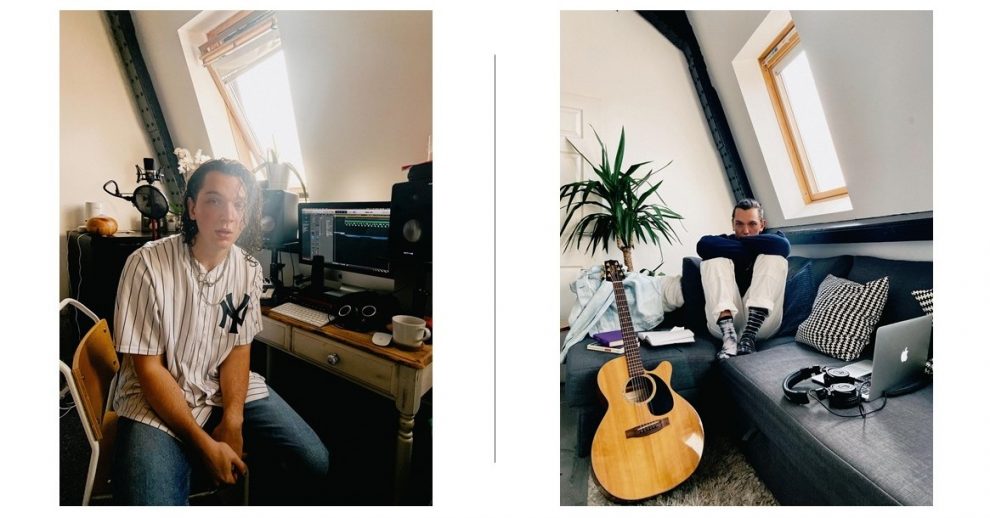 Music will forever be my backbone so spending weeks writing and producing in a makeshift studio in my bedroom has been refreshing. It has allowed me to concentrate on demos rather than being called into meetings or trolling social media. Deep diving into poetry and production has kept me busy, and running has become like a meditation every day. The technical sides of production and mixing have definitely started to help how and what I write as well. Sound is so fucking inspiring and I feel that I’d forgotten that a little before lockdown. Sometimes I forget that not everything has to be figurative or literal. I have a very addictive and compulsive personality so isolation has been a battle to stay sane and try to keep myself busy with music rather than falling into bad habits, even if that is as simple as becoming obsessed with sports documentaries on Netflix. With the tour being canceled in the US and our UK shows being moved to December there was definitely a hot minute where I could feel myself slipping into a bit of a depression session but a little slice of perspective (Manchester coming alive with the sound of people clapping for the NHS) definitely sorted that out. Our problems are nothing, literally a spec, compared to those on the frontline of health right now. 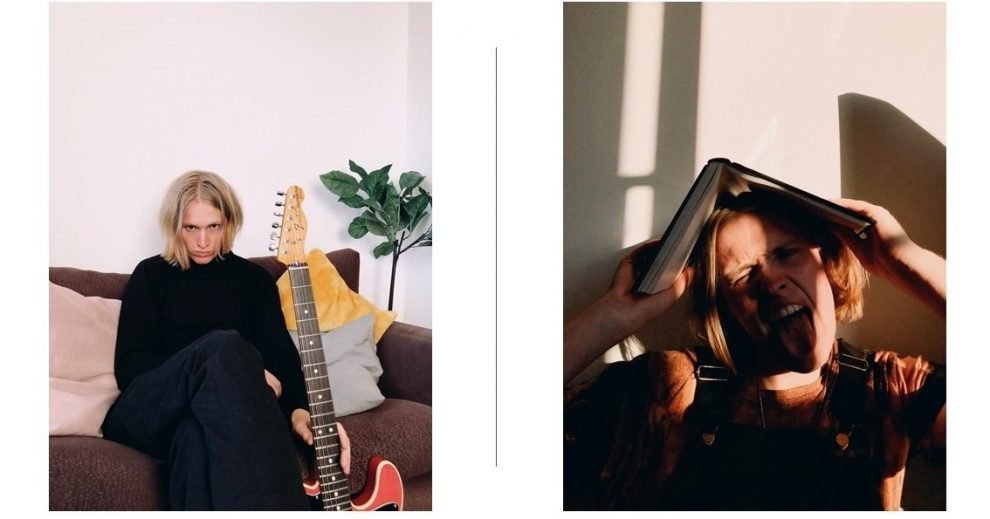 Concentrating my daily life down so that it fits into a two-bedroom apartment is something I never thought I’d have to do. It’s been a weird introduction to routine, which typically doesn’t exist in the music industry and something that’s not been forced on me since school. There’s been so much time to reflect and you realize that music really isn’t just your job, it’s my entire life. Also writing with such limited resources in a bedroom keeps you creative. It’d been a year since I’d read a full book but I find it kinda helps to keep my mind peaceful and keeps me feeling like I’m in a big world, not just a two bedroom apartment. 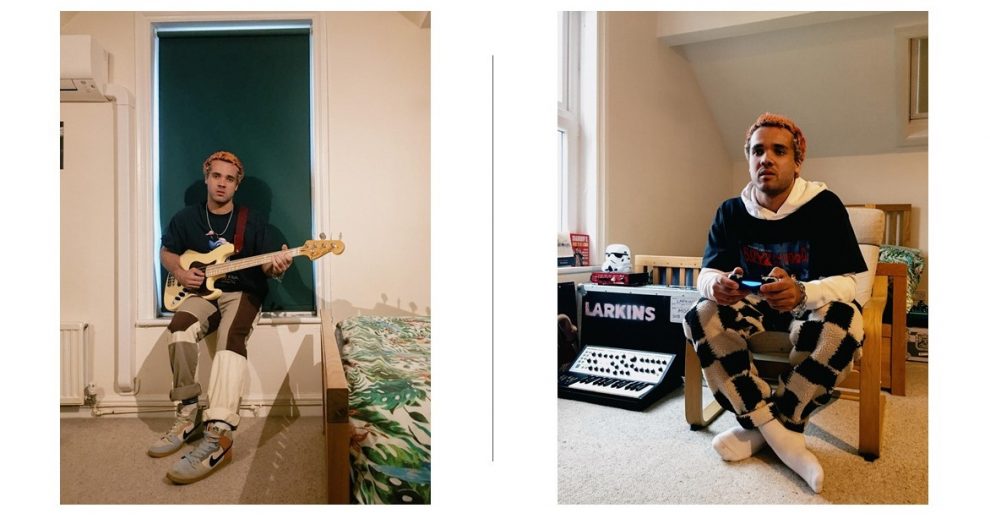 My isolation has just been alternating between long days learning tunes and recording to even longer nights playing Star Wars battlefront. It’s sad to say but taking my dog out for a walk has become the highlight of my day way earlier in my life than I thought would. 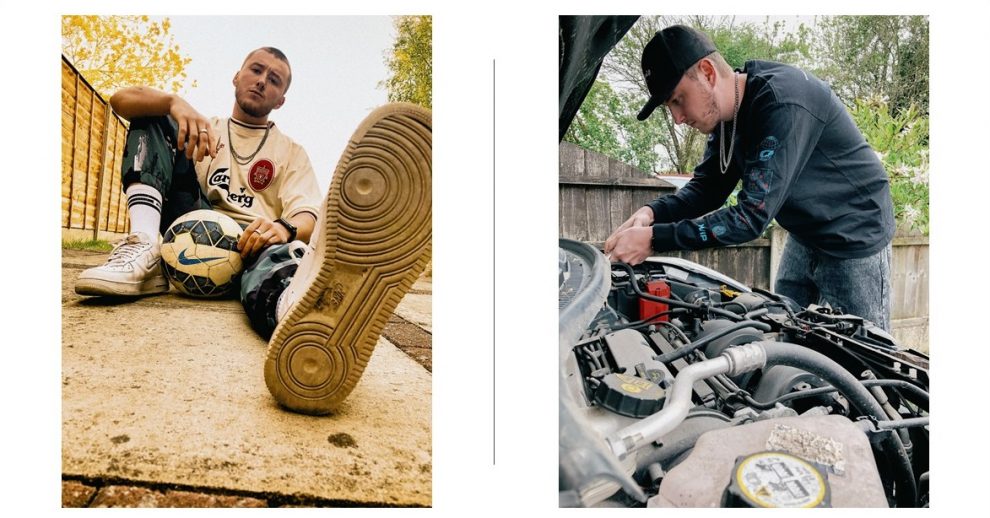 Isolation has been a mix of trying to write some cool beats, drinking my body weight in gin, and trying to replicate Fifa street skills. Of which I feel like I’m nailing 50% of it. It’s been such a crazy time for everyone but trying to keep sane by doing some kick-ups here and there has been my way of coping.