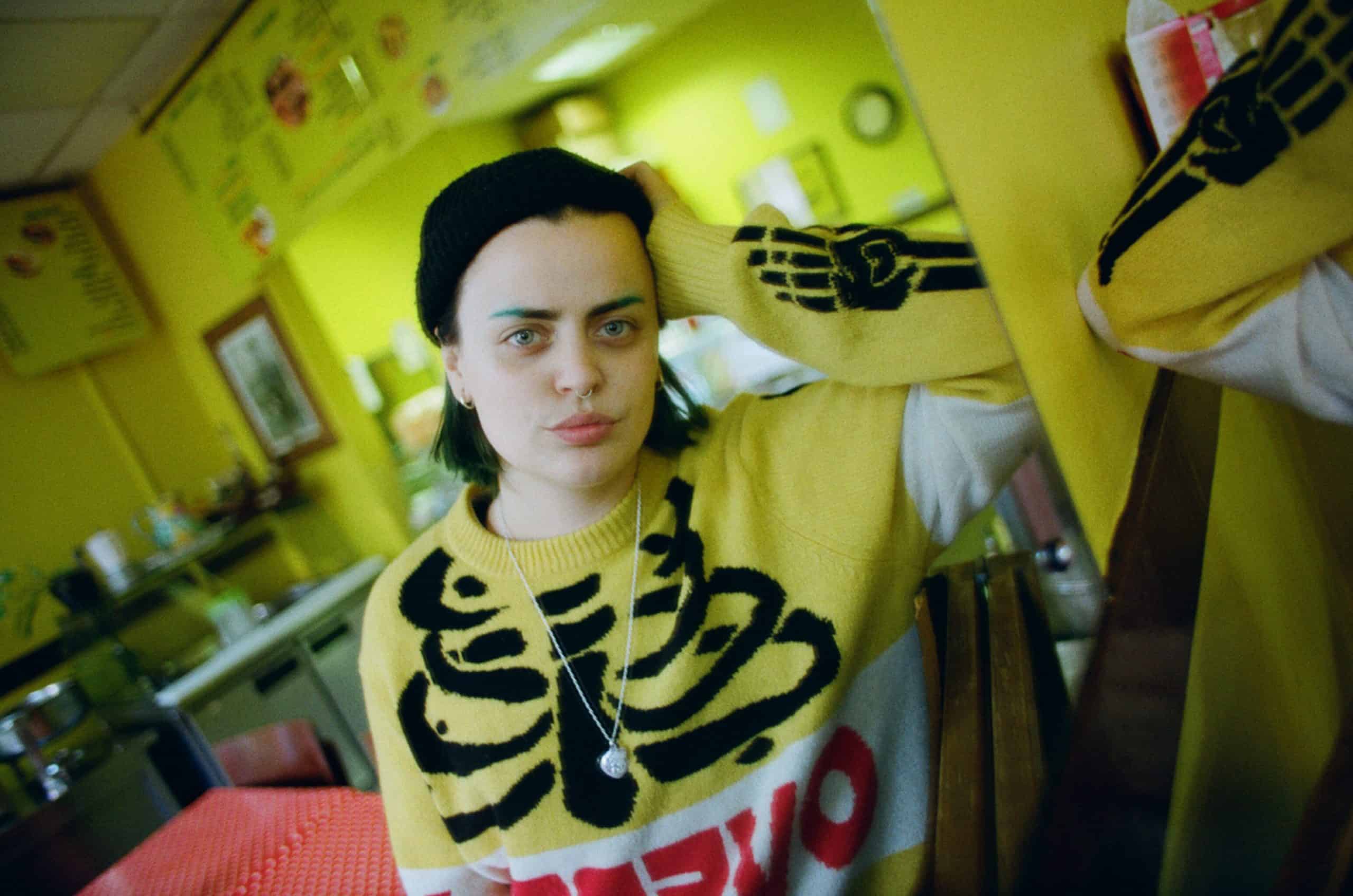 South East London’s Harve is the LGBTQ+ scene’s new hidden treasure. The singer-songwriter floats on skies of electronic-infused R&B, and soft vocals. This is true of Harve’s most recent release “Blue for You,” which is a synthesized wonder. This track sounds like feelings, filtered through a dark lens and synthy strings. Harve’s production is skillful, courtesy of producer Kwes Darko, who they’ve collaborated with since 2015. EUPHORIA. was delighted to interview Harve to talk about “Blue for You,” the inner machinations of their mind, and their upcoming projects.

First of all, a little about you. How did you begin songwriting?
I wasn’t a musical child really at all. It wasn’t until my mum passed away when I was 12. I began to use her guitar as a way to jam my bedroom door shut… in my room hating everyone. I started playing it, naturally started singing, and then it was clear as day that [music] was a way for me to therapize what I was going through. That’s when I first got into writing. After that, it was a natural progression of moving away from the guitar and discovering the world of electronic music. Music was the only way that really made sense to work through what I was going through.

Who are your inspirations?
Growing up, my music taste shifted a lot. The earlier stuff I listened to was from my parents – a lot of David Bowie and T-Rex, and my Dad loved soul music. Then, when I started to find what I like, I got massively into Destiny’s Child. As I got older, people like Joni Mitchell became a massive [inspiration] for me.

[Harve flashes their hand tattoo of the word BLUE]

Joni Mitchell’s Blue is my favorite album. That changed the way I perceived a lot of things. I was amazed at how someone could capture so much in lyrics. On a more sonic level, I remember listening to the first Bon Iver album and being like, this is crazy. Frank Ocean and RnB came up as a completely different thing after that. Anyone who’s really being unashamedly themselves and really going for it: I’m down – you’re inspiring.

You’re a self-identified part of the LGBTQ+ community. What does representation in the music industry mean for you?
I think it means a lot. Maybe in the past couple of years, we’re seeing more [queer] people, but it still feels… just a very palatable version. In my head, I can count the non-binary or gender non-conforming artists on one hand (that I know of). Growing up, I wish I had more [representation]. Like any other form of representation, if you don’t see it, you don’t feel like it’s a possibility. I think we’re getting there, though. If you don’t give [LGBTQ+ people] an extra platform, you’re assuming there’s a level playing field. And there’s really not.

What’s the aim of your music? Is it just about enjoying creating content, or is there a deeper dimension for you?
Being non-binary… my existence already is political, just being that and being outside of the norm. So my music comes from that place. It’s for everyone, but I’ve written it with people like me in mind. When you find someone that you like, and you find out they’re queer, or enby (= non binary), it’s just like a whole other dimension. Looking forward to the future when shows are a possibility, ensuring that it’s a safe space and those people are protected is a massive priority for me. Representation is so important, it’s how we all find out about [ourselves]. Representation challenges people’s ideas.

How would you define your sound? (We love it by the way).
It’s something I find really difficult to do, defining it. The only thing that really resonates with me, is that it’s night time music. That’s when I made it, that’s what it reminds me of, that’s the mood I feel. In the evening, it’s the time that you’re left alone most with your thoughts. It’s when I feel the most: when the day is done and I’m thinking about everything.

What was the inspiration for “Blue for You”?
I can remember the moment a few years ago in a past relationship… lying on my bed and hearing everything going on outside. I realized I’d been dampening myself to fit the needs of my partner at the time. It really just came from that. There’s this double edge where it’s sad because you know it’s the beginning of the end, but also the revelation of remembering you are your own person, and whatever happens, you’re going to get through it.

What’s the writing process for a track like this? Who did you work with?
What happens a lot for me when I write songs, is that I go to write and it all just comes out. I start a lot of things by myself. Normally, I go into the studio with something I’ve already worked on, and I ask people I trust to help me elevate it. My housemate is a very good keys player, and he helps me takes my initial concept to the next level with chords or whatever. The production is by Kwes Darko, who’s worked with Slowthai, and a bunch of other people. He’s really sick, and we worked in-depth on a lot of stuff.

Your sound on “Blue for You” seems to perfectly marry the synthesized with the natural. Can you expand on the sonic concept of this track?
It starts off quite sparse, and random. There’s this motif going on with the synth, which is quite melancholic. That bit where the strings hit and everything blows up, that’s that moment of realization for me. That was exactly how I’d felt when I realized I was getting it all wrong. Then it goes into this open string section, meant to be that release of realization. Marrying natural sounds and synthetic sounds – I love doing that. Certain sounds resonate with you. Synth sounds hit me, it seems like they’ve been manipulated to make you feel a certain way.

How do you cope with feeling blue? Other than writing incredible songs about it.
Now is the perfect time to talk about this! Anyone that’s gone through a prolonged dark period in their life knows that one way to deal with it is to rein back all your expectations of what a victory is. I’m quite ambitious, I’m a Capricorn, and so I find it hard to not be hard on myself. But when you’re feeling blue, you have to rationalize yourself and realize it’s the little things, those little victories are everything. Personally, I like walking. I love to go on a long walk. We’re in this space where there’s just content everywhere, so you have to disassociate sometimes, you need that mental break. You have to just veg out sometimes.

Congratulations on announcing your debut EP! Can you give us any sneaky info?
The EP is out the 21st May and it’s called Held by the Moon. It’s really precious to me, it’s the first full thing I’m putting out into the world. It’s been the product of lots of years of working things out and self-acceptance. I hope, especially to queer people that they resonate with it, and this is something they can hold tightly as well.