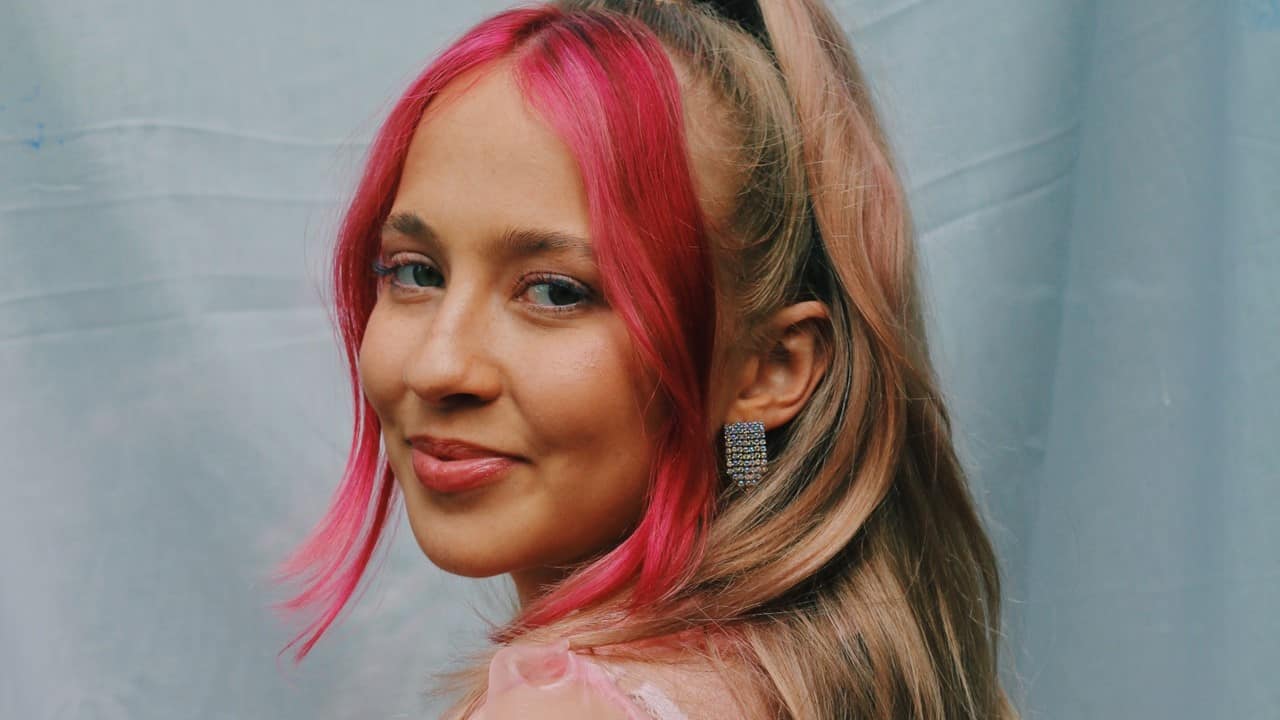 The message behind the EP – and Glowe’s personal mission – is to inspire other women and younger girls to be “brave, powerful and fearless” in anything they do. It’s this harnessing of female inner strength that Glowe says led her to chose the title for the EP: “The word ‘Daughter’ has always stood out to me as being a strong, powerful and beautiful word. We belong to a community. We are the daughters of thousands of generations of females who fought and died for our rights to be the women we are today.”

The EP marks a slight shift in sound for Glowe, whose previous works have had a more stripped-back feel. Whilst her soft, floaty vocals are ever-present, Daughter experiments with heavier sounds, for example, the dense electronic production on the chorus of the pre-released song “Overwhelmed,” and the bass-laden new addition, “Nuthin On You.”

We spoke to Glowe about the EP’s themes, how the rave scene inspired her sound, using music to connect to others, and being a “bit of a thrillseeker.”

Your upcoming EP, Daughter, is an introduction of sorts, presenting a body of your music to the world. What do you want people to understand about you when they listen to it?
I am proud of the woman I’m becoming. I feel ready and excited to push myself to achieve everything I know I’m capable of in the years to come. I imagine your 20s are filled with so many lessons about yourself, others, and the world around you. This EP feels like the first piece that documents some things I’ve learned so far.

You’ve said that you chose the EP title – Daughter – because it represents the strength and female community. How do those themes play into the songs on the record?
I’m a very confident and outgoing person but I do rely on the strength and support of other women in my life. I’m very close with my mom, flatmates, cousins, aunty and all my amazing girlfriends. They all teach me new lessons and give different kinds of advice, which I think is often translated into my music. Each of these songs reflects the common experiences of my generation: love, heartbreak, and growing your self-confidence. I wanted to put out a project that felt like home for me and hopefully could offer some support/guidance for others.

Which is your favorite song on the EP and why?
It’s SO hard to pick one because I chose each of these songs to be a part of the project for its own reason. I think “Nuthin on You” is up there because it feels like a new direction but also brings me back to my roots. I started out my career by top-lining on liquid DnB/dance music on SoundCloud so to have a track that’s very bass-heavy feels right. The rave scene has been a big part of my social life, so it has inevitably influenced my own sound.

One of the pre-released singles from the EP, “Better Than You Do,” is about a fiery, fractured relationship. Do you take inspiration from your personal life, or do you build worlds when creating new music?
Although I’ve had many ups and downs in relationships, I’ve not actually experienced this kind of intense situation. Personally, I envy people who can be passionate, fiery, and lay their emotions out on the table. In my song “Overwhelmed” I (truthfully) talk about struggling with confrontation and arguments. With “Better Than U Do” I wrote about a situation that I almost wish I could allow myself to be in.

When did you realize that you wanted to pursue a career in music?
I have never really considered any other option other than having a career in the creative industry. My dad’s an actor so I’ve been brought up in a very encouraging, yet realistic home. I’ve seen the reality of having a career in the arts and I’m under no illusion that it’s going to be plain sailing. At school, I was a big musical theatre nerd, played the cello, and did ballet but was also a social butterfly. I had friends in all different circles. I guess I’ve always used music to connect with others.

If you could have a superpower, which one would you pick and why?
Definitely to fly. I’m a bit of a thrill seeker so if I could fly I wouldn’t have to pay to do a skydive!