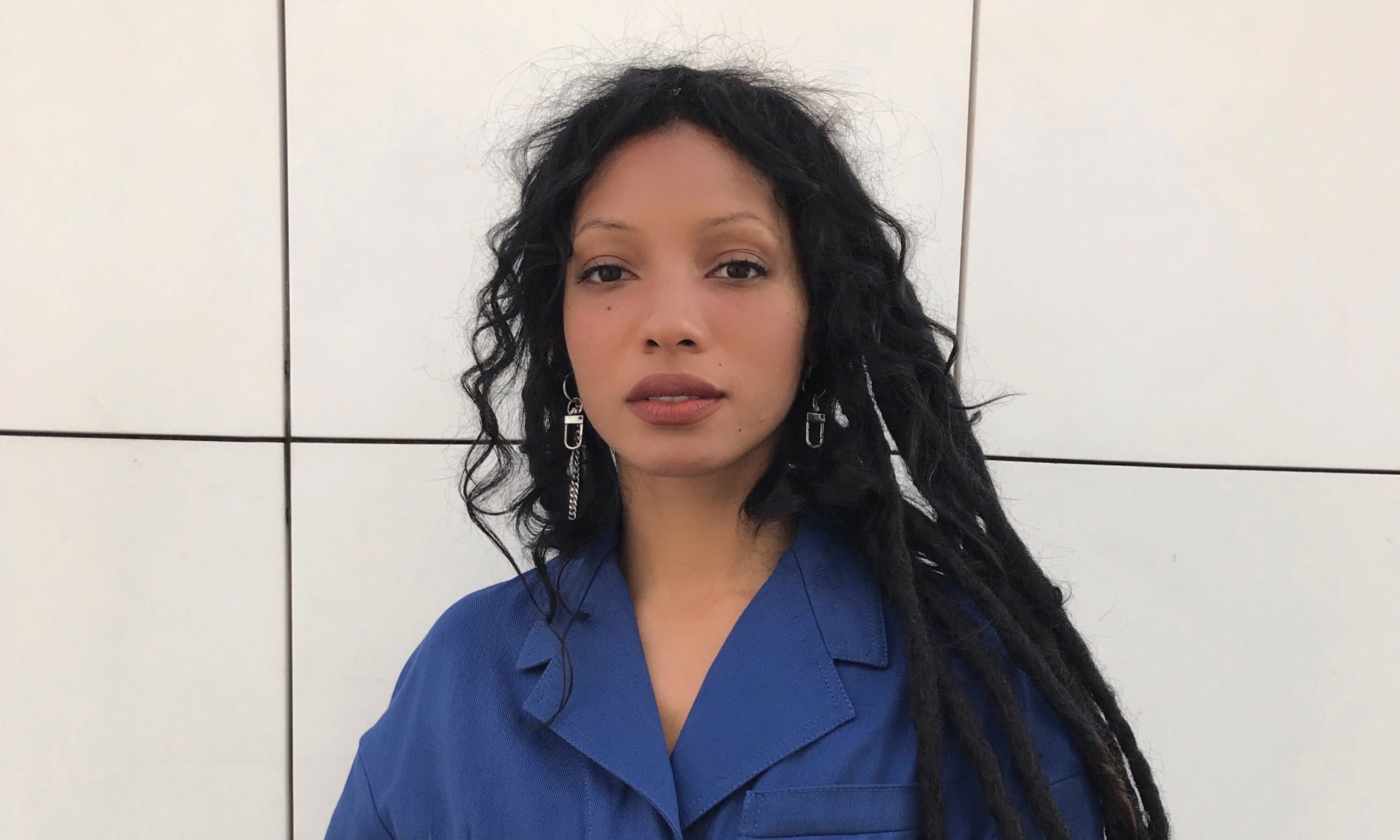 Diana Gordon is ready to surrender and let you in. For over a decade, this unapologetically bold and sensitive music industry survivor has done it all – from scooping up several Grammys for her songwriting and producing work with Beyoncé and Mark Ronson, to clocking up international dance chart-toppers under the pseudonym “Wynter Gordon” – and yet, this feels like an introduction. Or in my particular case, as one who has followed her career since the MySpace era, a reintroduction.

With the arrival of Diana’s newest EP Wasted Youth – a defiant new-wave grunge manifesto inspired by painful past relationships – comes an opportunity for us to reconnect after almost nine years since our last conversation. On the other line, separated by an eight-hour time difference, I find it’s still the same Diana after all these years – albeit wiser, more at peace, and definitely still hungrier than ever to connect with others through her music. 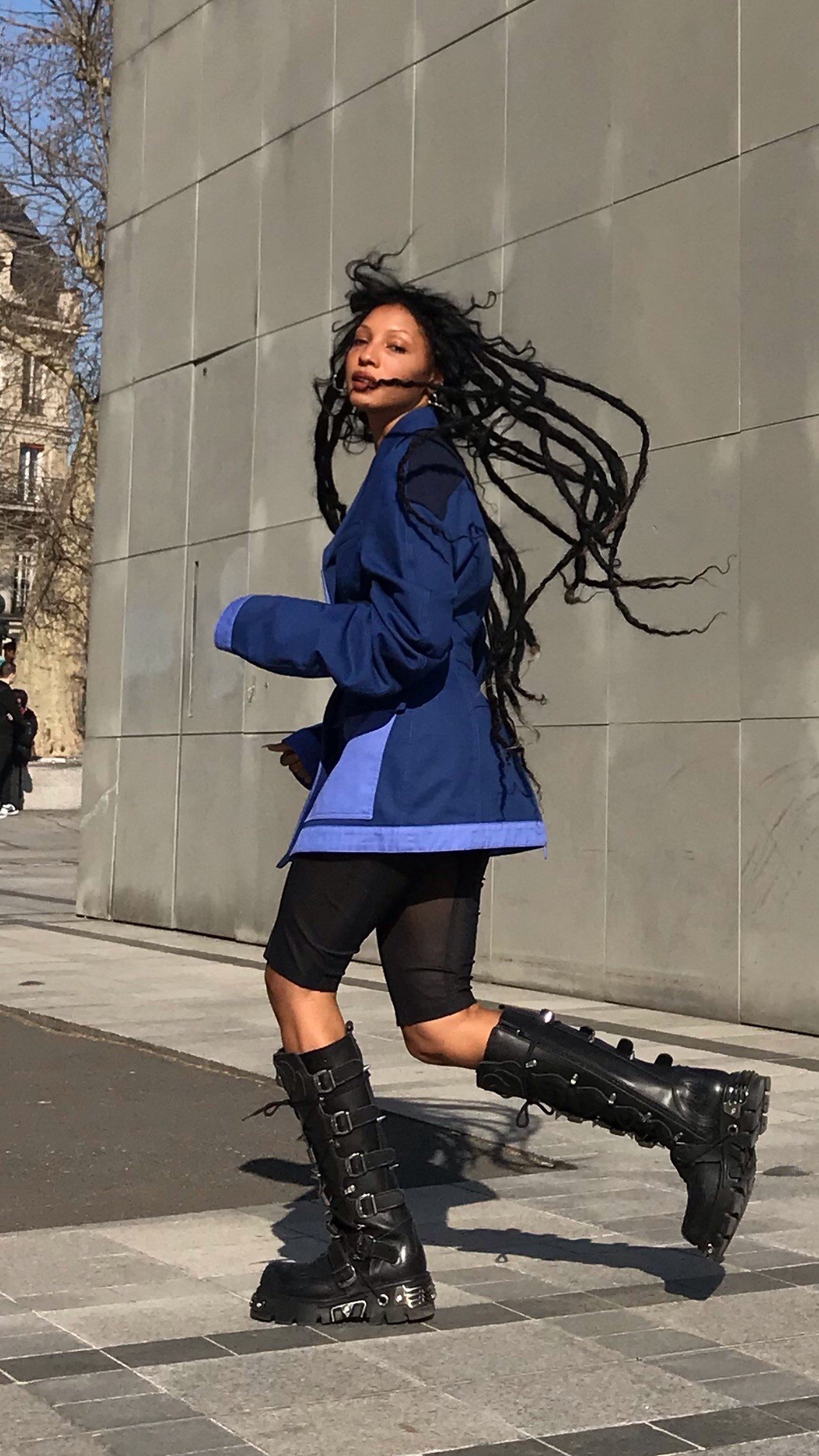 Everyone’s finding creative ways to shoot their videos during lockdown, and I saw that you recently dropped the trailer for Wasted Youth. I’m loving the futuristic yet very Y2K aesthetic. Tell us about that.
That video was actually going to be the “Rollin” video but we couldn’t finish the CGI in time. My music and the aesthetic I’m going for is “future-wave grunge,” so I sat down and played [the directors] the song and said, “what does that mean to you?” and they came back with a treatment. And then literally we went up to an Airbnb in Joshua Tree, CA, to shoot the video. It was everything I wanted to do and more. I want more videos like that. I love 90s minimalist throwback videos with that tech future edge.

It kind of looks like it was self-shot during the lockdown, with the camera phone on the drone…
It was shot just before lockdown, literally the day before they told everybody that it was mandatory. I shot seven videos and they’re coming out. They’re not whole videos per se, they are visualizers. It’s how I imagine the song, and how it felt.

How has lockdown changed the creative path for your videos?
Well, the virtual trailer was the only video that I really didn’t have much to do with, except the styling. Everything else I’ve edited myself on the couch. It changed everything. I had to sit there and learn how to use Premiere Pro and how to edit.

You’ve always been a hands-on creative anyway. Has the circumstance pushed you even further?
I love to be hands-on and, actually, I love to help other people do their stuff but I learned with this virtual trailer that I would love somebody to come in and do all the creative for me. I don’t want to do it anymore. I purely just want to focus on being the best artist I can be musically and work with people who match with me aesthetically. It’s nice to be, ‘here’s what I like’ and let other people bring in better ideas about what you have. I had to learn the hard way. Actually letting these guys do this for me, it was a leap of faith and it was very hard, but letting go felt very good and I would love to continue letting go in the future.

I’m so glad to hear you’re on the path now where you can surrender a bit. It puts less pressure on you to get everything done and, in a way, there is beauty in the surrender and in collaboration.
I am! It’s a new day. Old Diana would’ve been like, “what you doing?” and micromanaging. You’ve got to let go and let God.

I am loving this re-introduction of Diana Gordon. You’ve been releasing music under your real name for a couple of years now. Do you feel like people are getting it now?
I don’t know. I am finding consistency and balance. I just have to continue making music that feels good to me. I’m finding a system and a team that works. I feel like as I consistently move forward and don’t give up – the only way to fail is to give up – I will find my place and I will have what I want. I feel like my fans that have been there yesterday are here too. The hard-core group has been on this journey with me, so I don’t feel alone.

We’re with you. The first time I listened to your music or even saw your name was about 10 years ago and in that time we’ve grown up and our tastes have broadened, so I feel like we’ve grown with you.
Right – and the face of music has changed. The technology – like Spotify, Instagram, and all these new things – when I first started doing music weren’t a factor. It’s all completely different and you have to learn to adapt to this new world of promotion and, you know, putting yourself out there. I’m just trying to find my balance and post things that mean something to me. I want to always make whatever I post about the music because if I weren’t making music I wouldn’t be on social media anyway. For me, it just always has to be a reason for me to be on the internet.

Speaking of music, I think Wasted Youth is vocally some of your best work. There is an ease and fluidity between different styles form “Rollin’ to “Once A Friend,” which is my favorite track, by the way.
‘Once A Friend’ is my shit. That for me is like one of the most well-written songs that I’ve ever done. I really embrace the alternative tone in my voice. I tried to do that actually through the whole EP and mix it with hip-hop drums. I don’t know if I’m going to continue with the trap music but I do want to continue making upbeat music. I’m yet to fully flex my vocals on the internet – that’s the goal for the next one. Wasted Youth was the warm-up and here we go.

I read that this EP was inspired by your past relationships. Do you feel like your perspective on those experiences changed after writing these songs?
No, I feel like the perspective I have on those relationships is really good ones. I no longer have any anxiety over them. I won’t say I don’t have regrets because I learned that I stayed too long in certain relationships but I have learned from them, and I have peace with them now – as in I see the value and the lesson. So yeah, that’s good.

I heard SZA was meant to feature on “Sad Boys.” What happened there and could it still happen?
I think it could still possibly happen. I didn’t expect anybody to be on it – that was something she asked me to do. I wrote that song a year and a half ago, and I just think that it took so long to come out, but yeah, she’s a really good friend of mine and we may just do something else together so who knows.

Were there any other collaborators you were hoping to add something else to this project?
No, I didn’t ask anybody to be on it. Next album, I have my list and I have lots of people lined up who I have already talked about collaborating with. I would love to work with Rosalía. I had hit her up and we have a conversation going about it. Princess Nokia, Post Malone, and Travis Scott – they are some of the oldest collaborators that I’ve worked with and some new.

I know you’re working towards this almighty Diana Gordon debut album… and it has been a long time coming.
It will be the holy grail of holy grail. I cannot hold back and I can’t not tell my story in full. My fans have waited too long to get close to me and I owe them that.

I would love to experience a full proper two-hour Diana Gordon show… Do you ever fantasize about what that would look like and the setlist?
I would love to do a full live show with all of my favorite songs. I would love to work with a team to help me put that show together. Honestly, I don’t want to think about it. I saw Rosalia’s show and I was like, ‘wow they managed to make a small venue feel like an arena’ and that’s the type of show I want to do.

Would you reinvent some of your older songs? I feel like “Stimela,” “Kids,” or even “Back To You” could really work.
I would definitely do that. Some of those songs are my favorites.

And you’ve got to bring back the mossy armchair from the “Kool-Aid” video as well. That needs to be the center of the stage.
That chair rotted on the side of my house. There was nowhere to put it so I had to put it outside and the animals took it over. You know it was made with real moss?

Yes. You made it, right?
Yeah, I was focusing on too many things. Me watering a moss couch that took too long to make… those are the things that I don’t need to be doing right now.

You’ve traveled all around the world, written with huge music A-listers… in a sense, you’ve already had a taste of success. But on a personal level, I want to know how do you define success?
That’s actually a good question. I think that there are levels to it. On a financial level, when I feel like I can take care of my entire family and retire. That doesn’t mean I’m filthy rich rolling around… it’s just when I’m able to have the people that I care about also comfortable.

As a musician, I’d love to have the respect of my peers and I think I have worked hard for a long time, from doing dance music to doing Grammy-winning albums like Beyonce’s and Mark Ronson’s albums. I have a bucket list of things I want to do like play Glastonbury and play the main stage at Coachella. These are the things that if I could do just once, then I think I can move on to the next creative endeavor because I’ve got lots of juice!