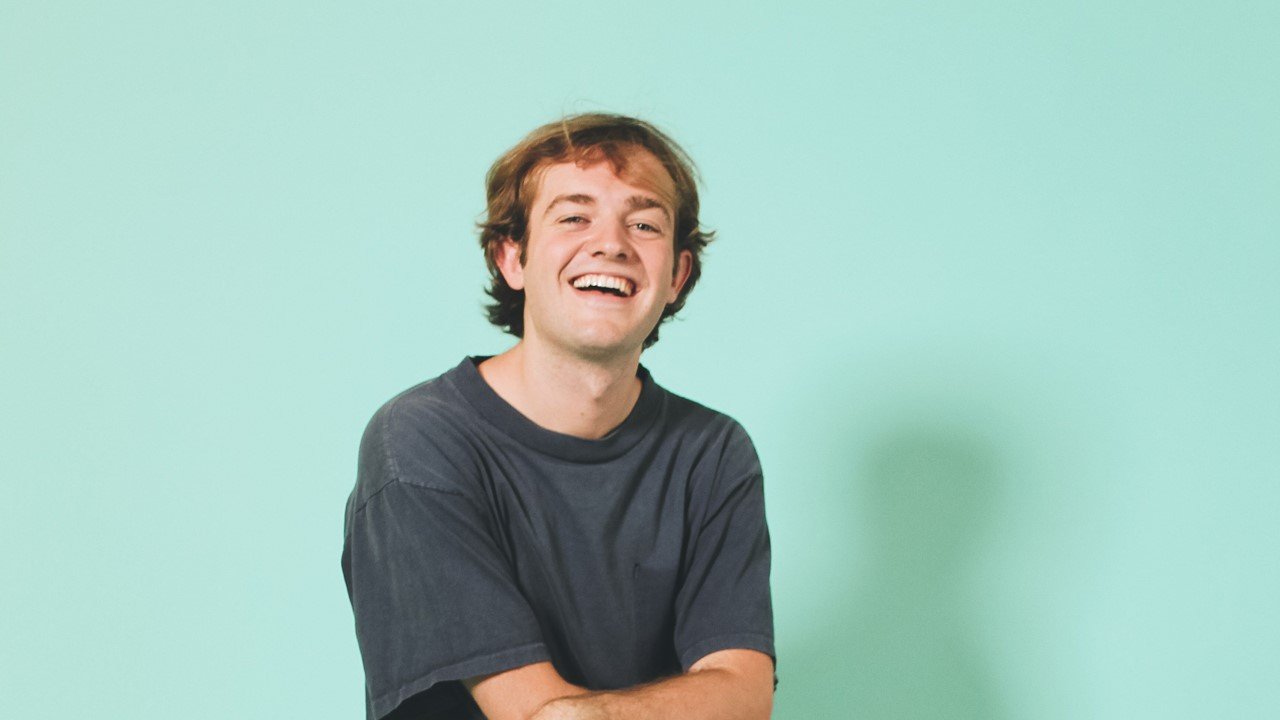 What does music mean to you? For many of us, especially at the moment, it’s an escape; a portal to another world. For Sloan Struble, better known by his moniker Dayglow, “it’s a complete obsession.”

You’d be forgiven for thinking Struble’s debut album, Fuzzybrain, was produced in a professional studio, finessed by a number of leading industry heads. In fact, he wrote, performed, produced, and mixed the album all by himself in his bedroom during his teenage years – an impressive feat. Full of lighthearted, catchy alt-pop melodies, Struble even molded a clay portrait of his own head for the record cover and shot the music video for breakout track “Can I Call You Tonight?” with a friend and a green screen (the visual has had 21 million views to date). Thanks to this energy, t’s no wonder he’s racked up almost 3.5 monthly listeners on Spotify alone.

We spoke to the Austin, Texas native about growing out of his ‘bedroom pop’ sound whilst staying true to his DIY spirit, his musical influences, happy place and more.

“Can I Call You Tonight?” is being released officially, despite already being on your debut album, Fuzzybrain. What’s led you to share it officially now?
I’ve always been really confident in the song and how it would perform if it were heard properly. In today’s current music cycle, things move really fast. So in order for my song to be heard, I’ve tried to be as patient as possible with everything.

Fuzzybrain was recorded in your childhood bedroom before you moved to college in 2018. With future releases, will you be looking to capture the same ‘bedroom pop’ sound, or do you want to deviate from that somewhat?
I mean, I am still recording in a bedroom haha, so the sound still might be there whether I want it to or not. I now have access to the gear I didn’t have in the past, and the production value is really important to me. I don’t necessarily see my future music coexisting in the bedroom pop realm. I’d like to be seen as a graduate or alumni of that scene, and I think fans are catching on that I’m trying to grow out of it.

You’ve said that you felt out of place during your adolescence in Aledo, TX, and turned to music for solace. What does music represent to you now?
It’s a complete obsession. I am constantly writing and thinking of ideas. I am truly obsessed with the cultural and social aspects of music and have been working really hard on figuring out how to capture that best to represent who I am becoming now.

When you were creating the album, did you have any suspicions about how popular it would become and how much it would resonate with people?
I was definitely confident in the songs, but I didn’t think the project would get as much attention as it has so quickly. I thought that people would like most of it if they heard it somehow, but didn’t expect it to grow this much.

We hear you have got some new music in the works. Can you spill any tea?
Unfortunately, the tea is still brewing, so I can’t spill any yet haha. I can say that the new music is quite different though. I have been listening to a lot of 70s pop and disco stuff, and it’s starting to show. I want all of my albums to feel like separate worlds from each other, and this definitely feels like a new era from Fuzzybrain.

Will you be remaining completely independent when creating new music going forwards? Or will you get a team together?
I am definitely trying to stay self-reliant. I want to work with more people visually, but as far as the sonic/musical aspect, I am still writing, performing, and producing it by myself right now.

Speaking of creating – give me a window into your writing process – how do you write a song?
I usually start with a small phrase – that can either be lyrically or musically – and then I just expand upon it. I try to expand upon simple ideas or musical motifs.

For most songs, I just sit in my studio with all of my gear and build it all at once, but a lot of these new songs have been written completely on my Wurlitzer 206a piano.

Who are some of your key musical influences?
I’d say in the new record there is a little bit of Michael McDonald, Parcels, James Taylor, Whitney Houston (production style, not vocals haha), Haruomi Hosono, etc.

Where’s your happy place?
I love to spend time outside. I currently live in Austin, TX (and it is hot), so I love to swim in the nearby rivers and hike and such.