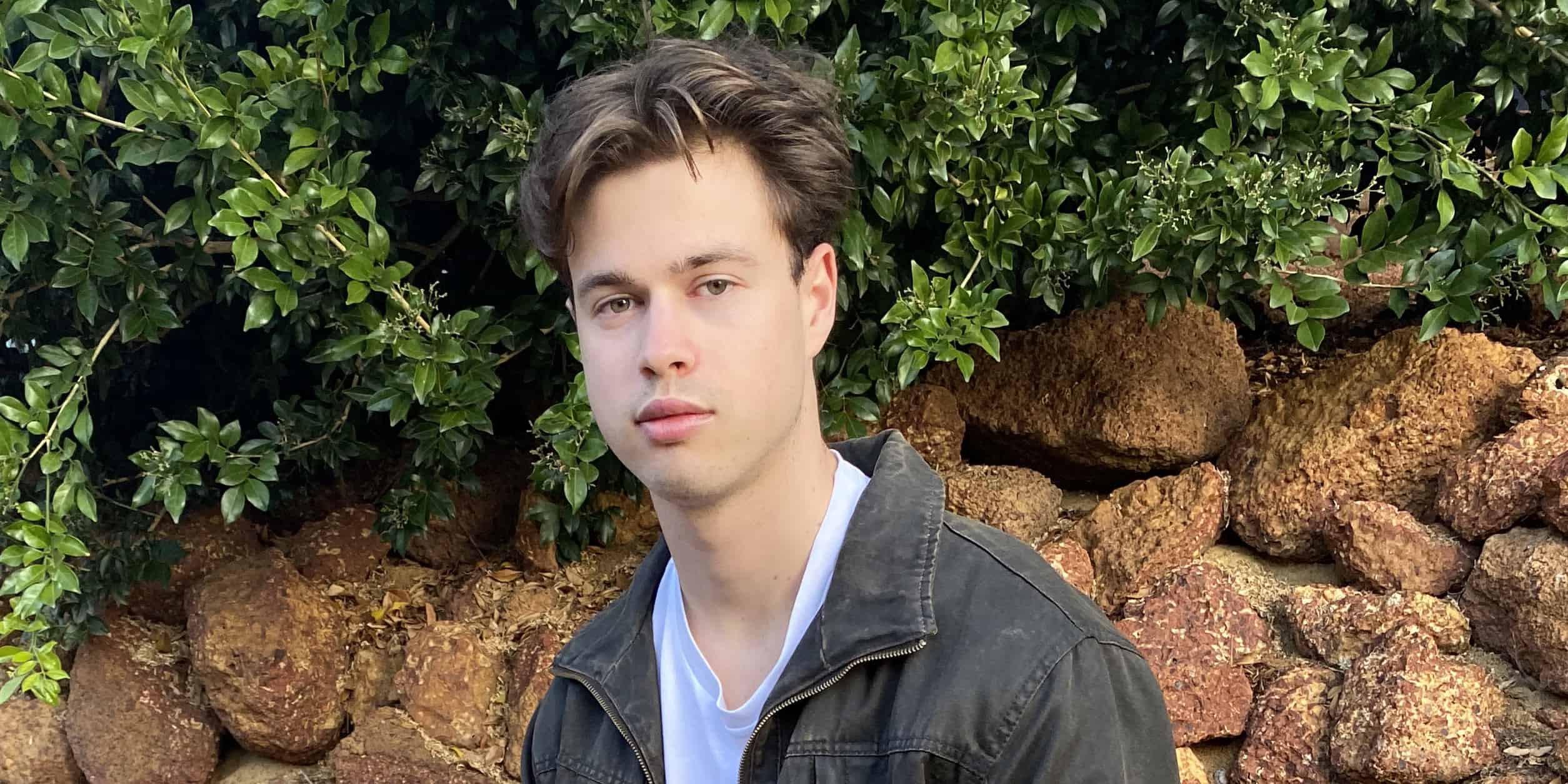 Up-and-coming Australian singer-songwriter and producer Blake Rose is undoubtedly set to be a star. With infectious lyricism, it’s no surprise that, even without a body of work out, he’s already earned a sizeable following. “Lost,” his most popular track to date, sees Rose interweave heartache with a spirited production to craft an accessible yet introspective anthem.

With “Gone,” Rose ventures into darker territory, with production that’s closely aligned to the track’s sorrowful sentiment. Ominous and immediately enthralling, the song sees him once again showcase his talent in brilliant fashion. A master of distilling intimate emotions into accessible yet poignant music, Blake Rose undoubtedly looks set to increase his following exponentially in the near future.

To propel his already burgeoning career, Rose has unrevealed his affecting and life-affirming new track “Rest Of Us.” Throughout his impassioned vocal soars over the compelling production and as the instrumentation subsides in the dying moments of the track for Rose to deliver the poignant final lines, it’s hard to not be fully immersed in Rose’s sensational storytelling. Ultimately the song acts as a powerful reminder to pursue your dreams wholeheartedly, without paying any attention pessimistic people that want to stand in your way.

We caught up with Blake Rose to discuss his latest single “Rest of Us,” his creative process and evolution, and more.

Your track “Lost” has racked up nearly 30 million streams on Spotify alone. How does it feel to know that your music has resonated with so many people?
It feels amazing. I put so much work into that song and all my songs so to know that it hasn’t just been a waste of time is a massive relief. I think as artists we often get into a headspace of “I’m not good enough,” which is a constant battle but when things resonate it offers a lot of encouragement so I’m grateful for that.

“Gone” is such an emotionally impactful song. What inspired you to write that track?
This song wasn’t inspired by anything in particular but it was a story I really wanted to tell. The idea for it was actually birthed when I was working on a topline for a DJ. I never finished it because I felt the concept was something I really wanted to dive deeper into and not just throw away on an okay track. I decided to sit with the story for a while and really figure out the right way to tell it. One thing that was on my mind when writing it was my parents. They are so in love and god forbid if anything ever happened to one of them I don’t know how the other would cope.

The production embodied within your songs always perfectly complements the track’s lyrical sentiment. Could you tell us about the process of crafting production to elevate the song’s impact?
Production is something that usually takes me a while. I generally don’t come to the table with a specific production idea, I just work and it begins to form itself. After it starts to take shape I tend to add way too many things then it just becomes a matter of stripping it back to the essential parts. Songs like “Lost” started with the production and in those cases, it’s easier to piece together as the vibe is already there. For “Gone,” all I knew is that I wanted the song to gradually build and build until the very end. I spent a lot of time crafting the string arrangement which carried the bulk of the emotion and build. After that it was drums, then keys and bass, then vocals. I think it’s a lot about experimenting and if you add something that fulfills the emotion you have towards the song then roll with it.

Given that, when you’re making music do you ever think about potential listener’s interpretations?
I do when I’m writing a song that isn’t specifically about me or if the lyrics are a little abstract.

Every single song you’ve released has been met with such a warm reception. Personally, how do you know when the right time to release a certain song is?
So far it’s just been when the next one is done but it’s something you just feel out I think. I know that it’s coming to a time where I want to release more of a ballad/no drums type song which is in the pipeline.

You haven’t released an EP or LP yet. When you do what do you want that collection of tracks to represent to you and the person listening?
I just want it to be something I’m proud of that offers depth and evokes thought.

Since you first released music back in 2018, what do you think are the biggest changes you’ve gone through as an artist?
I’m starting to realize musically what is “me” but also that the idea of “me” isn’t a set destination. When I first started putting music out I didn’t really have a clue.

What was the message/inspiration behind “Rest Of Us”?
I wrote “Rest of Us” as a middle finger to those people who don’t want you to live your dream. I think it’s a super common reality in a lot of people’s lives but I also have a friend who’s Dad was never supportive of him wanting to be a musician. Unfortunately, this took enough of a toll on him that he stopped pursuing it. There was no initial inspiration to write the song, it just phonetically began forming itself but that’s where my head went once I figured out what I wanted it to be about.

If listeners could take away one message from your music, what would you want that to be?
Just to feel something, anything. The feeling of not feeling anything at all is one of the worst so I try to provide a level of depth in my music that hopefully pulls people into some kind of emotion. Whether that be happy or sad, sit with it and let it out.

I feel like every track you release is so emotionally powerful, in like a really incredible, awe-inspiringly brilliant way. How do you manage to encapsulate that magnitude of emotion within your music? And is that process of like distilling your emotions in tracks that have a pop sensibility something that’s ever challenging?
For me, aside from creating a melodic vibe, it comes down to nurturing lyrics and really taking time to make sure they’re as good as you can make them for that particular song. There’s this imaginary hole with lyrics that I have to dig out. If I don’t feel like a listener could fall into the hole and not be able to escape then I need to dive deeper. It’s an intuitive feeling. In pop-leaning songs, it’s definitely difficult, especially if the song has very short verses.

What’s one piece of advice you’ve received that brings you comfort in tough times?
That there have always been tough times, and we’ve always gotten through it one way or another.

Finally, what are you most excited about for the future?
I’m most excited to get a band together and play some shows.

Can you share some of your favorite shows/movies/recipes you’ve discovered during this time?
My parents and I watched Bloodline which was pretty slow but it was very well done and the acting was really good so I still enjoyed it. I rediscovered South Park so I’ve been watching an episode of that here and there for some cheap entertainment. Also “I am not okay with this” is awesome.

What’s next for you?
I’ve got a lot of music in the pipeline so just finishing those songs up and getting them out there! Hopefully, once things start opening up in Australia I’ll be able to shoot some music videos or other content pieces as well. 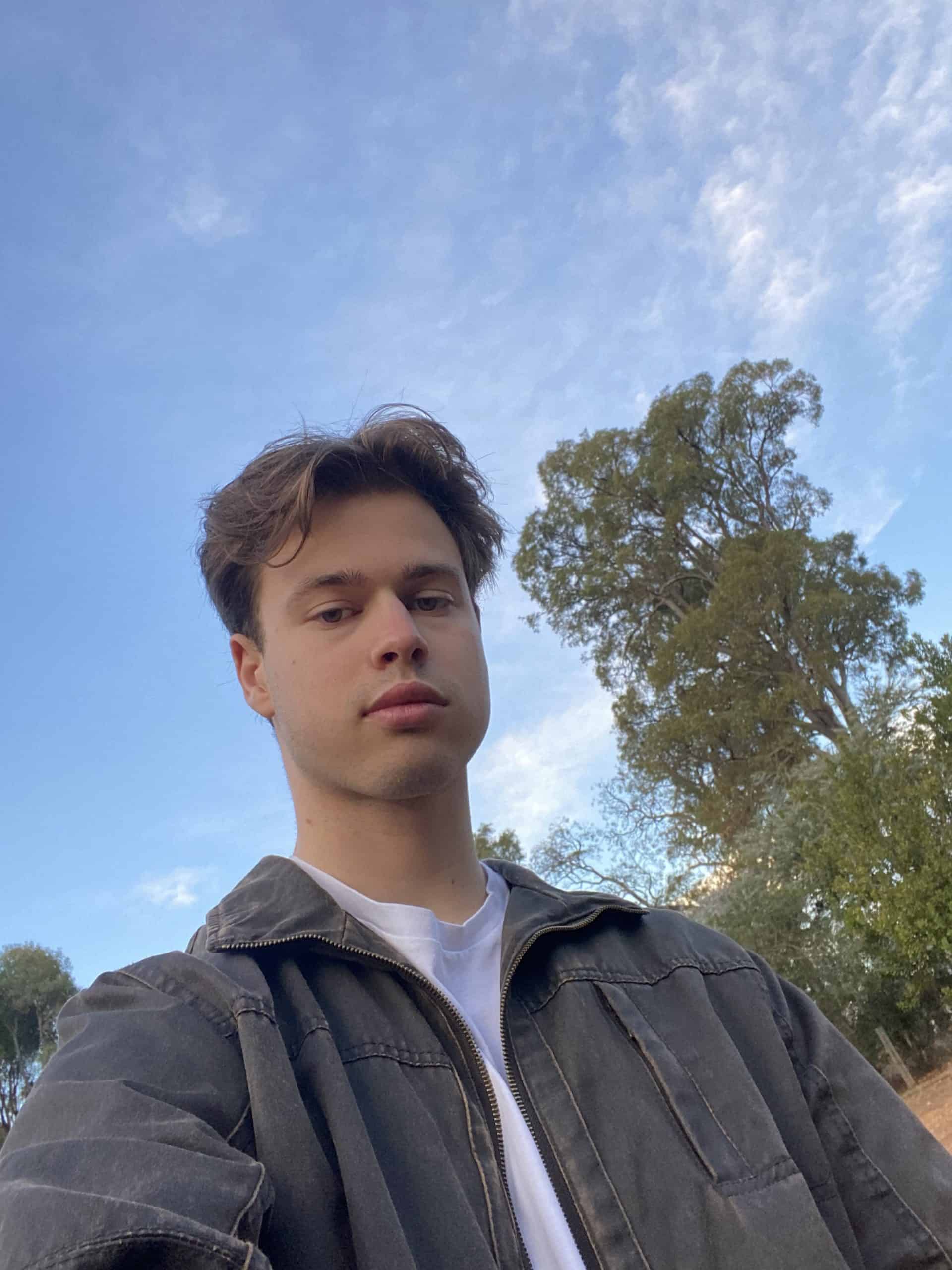