Since forming on the TV show La Banda in 2015, CNCO’s success has led them to break international boundaries and worldwide fame. Partly due to support from the iconic Ricky Martin, the five-piece amassed an adoring following across Latin America, the US, and beyond. In some respects, their astonishing success serves as a hark back to the days where impassioned mania that surrounded the likes of the Backstreet Boys and *NSYNC.

While the unrelenting dancing and powerful harmonies, that are mainstays of their concerts, are comparable to the aforementioned acts, there’s something energizingly fresh and exciting about CNCO’s success. Maybe it’s their international appeal, the way they collectively represent different areas of Latin America or their willingness to authentically evolve their sound, which makes them distinct from boy bands that have historically topped the charts.

Regardless of the reasoning, it’s evident to anyone that although the band is standing on the shoulders of those who’ve come before them, they’re forgoing their own path. While previously a die-hard boy band fan might’ve emblazoned their bedroom wall with pictures of their idols, some of CNCO’s have taken it upon themselves to learn Spanish to feel more connected to their heroes. While that might class as a step too far for many, irrespective of whether you know Spanish, CNCO’s infectious energy and impassioned vocal performances have proven more than enough for an extraordinary number of non-Spanish speakers to give CNCO their unconditional love and adoration.

Throughout their career, they’ve collaborated with some major names like UK girl group Little Mix. Reflecting on that process, the band shared “Every collaboration comes differently, for example, our new single “Honey Boo” with Natti Natasha came across through Twitter! She responded to fans saying she’d love to do a collaboration with us. We had Honey Boo and thought she’d sound perfect on it, sent it to her, within 4 days she was recording, and we were in Puerto Rico shooting the video.”

“We’ve had the song for about a year and a half. At the time we didn’t feel like it was the right time to release it. Now we’ve got the feature on it, it feels like perfect timing. It’s an amazing song. You can just vibe with it.” 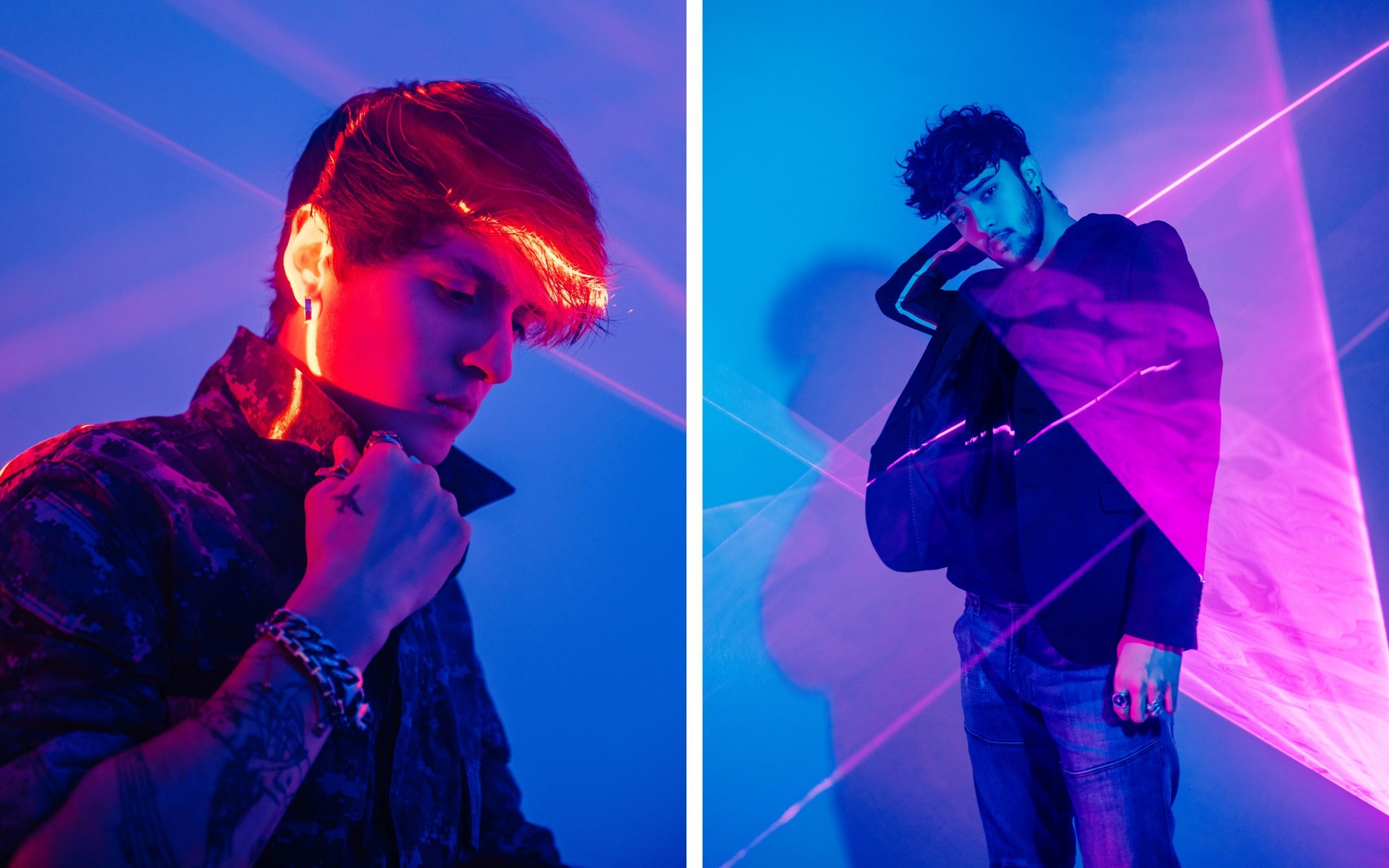 Reflecting on how they know when’s the right time to release a song. The band shared, “you can just feel it. Sometimes when you hear a song like one or two times a song, it just sticks on your head. When that happens, I feel like that’s when you feel like it’s when it’s a good song, right? So we had this song, and we had a few more songs at that moment that fit more in our era. We felt like “Honey Boo” had more of an advanced sound on what we were doing at that moment. We just felt like we had to hold on for a little longer. We thought that we were gonna release it earlier, but we just felt that it was the right moment when we did.

Although their collaborations have proven to be some of their most loved tracks, their tracks without any features have proven to be their most enduringly popular. When poised with the question if their momentous success so far has heightened the pressure, they replied “Of course, there’s always pressure to outdo yourself, and we aim for that with every release. Our nerves aren’t always we hope it gets a billion views, we are more hoping our fans love it and we touch people with our music.”

Although by now the band is used to selling out huge venues of their own accord, earlier in their career they supported iconic artists like Arianna Grande and Ricky Martin. Reflecting on the difference between supporting and headlining, the band shared, “It’s two whole worlds. When we opened for Ricky and Ariana it was at the very beginning of our career. We loved the experience because not all new acts have the opportunity to open for such massive artists. We were able to learn so much that helped us when we became headliners. There is just nothing like seeing thousands of fans who are there to be with us and to sing our songs word forward back. It’s an unreal experience.”

One thing that’s astounding about CNCO’s success is how their music has transcended language barriers. As anyone who attended their recent tour will know, it’s often hard to hear the band over the feverish screams from their adoring fans. That international success is definitely something they don’t take for granted. With the band remarking that seeing how well received our music has been all over the world has been on the most surprising things about their experience so far. They added that their success “in countries where Spanish is not the first or even second language, we have been received so well. It’s a dream.”

“It feels amazing. It feels so overwhelming. When we get to another country where they don’t speak our language, we just feel awesome. For example, a little while ago we went to Japan, and over there we were expecting a different vibe. But when we got there it was amazing. The fans learned the words in Spanish just to say like thank you or can I take a picture with you? Or can I hug you? When we got on stage to sing our songs, they knew the songs from top to bottom so it was amazing.”

Regardless of geographical location, CNCO aims to provide their adoring fans with a sense of euphoric escapism. “I’d love for them to feel happy and full of energy. We want them to sing. We want them to dance. We want them to feel everything, to be honest. We try to do out best with the show so our fans can go home happy and want to come back again. We want to give our best every single time we perform.  Personally, I really love the little moment when you’re on stage and you stop singing then the crowd just sing it for you. It’s so magical. When it’s a bigger venue, it’s obviously louder too.”

Over the last couple of years, the band has begun to experiment with mixing English and Spanish in their music. They have named that effortlessly interweaving of languages Spanglish. When poised with how they know when to use which language, the band replied, “Well, it just depends on the moment. Whenever we are in the studio, we just vibe. Whenever we want to say something on a certain part of the song, we’ll see if it feels better or sounds better in English. If it does, we’ll just put it down in English and we try to finish the whole verse English and kind of put a few Spanish words here or there. We’ve always got to do that but that’s just who we are.”

Although they’ve had numerous breakout singles, the beauty of releasing an album isn’t lost on the five-piece. With three albums already their belt and one on the horizon, it’s clear that, even in the current streaming-led music environment, CNCO still strongly believe in the power of LP’s. Reflecting on their three albums to date, the band shared “It’s so amazing every time. We are so lucky to be able to make and release music, even more recently we have been writing and producing, and with every release, we learn more about ourselves and our fans get to learn more about us.”

“Rich loves R&B; he loves Chris Brown and Drake. Joel loves Ed Sheeran. Zabdiel loves Sam Smith. Erick loves reggaeton. So we all have our own little thing that we bring into the studio and we can mix all of them. That’s how we work together.”

Their method of interweaving their influences has undoubtedly brought them an incredible amount of success. Reflecting on their journey so far and the future, Chris said, “This year we will have been together for five years already as a band. So it’s been a long ride. It’s been a really fantastic and amazing ride. I think we all love it. We’ve all enjoyed the whole ride till now. It’s been a blessing. In the beginning, it was a little hard to work. In the beginning, Joel was really good at Spanish but now he’s freaking amazing. I couldn’t speak that much English myself but we’re getting better at everything with time. It’s been a really cool ride and we’re ready for it to continue.”