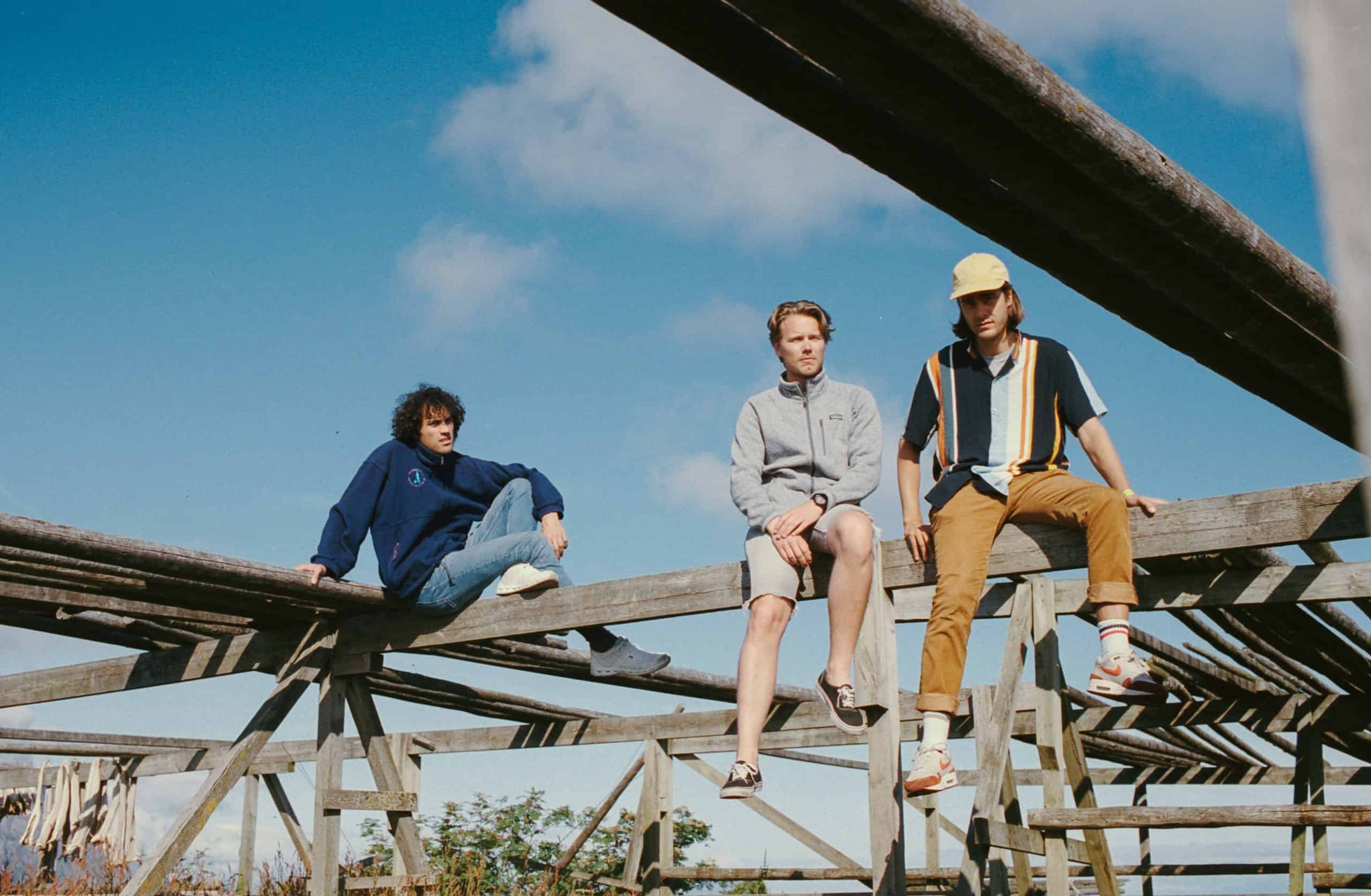 Norwegian trio, Great News, are releasing their sophomore LP tomorrow, titled Now and Them. To celebrate, we asked the band to create an exclusive ‘good vibes’ playlist for us that’s helping them get through isolation.

“So we compiled eleven songs that put us in a good mood or help us get through the day,” Great News say. “We were asked to have ten songs, we know, but to us it made a lot of sense to choose eleven, it made us happy.”

It’s a mix of a happy synth loop and a dark chorus without any lyrics. It’s uplifting and soothing at the same time, and good to run to as well. Lorn’s Spotify bio just has two words – “PSYCHIC DRAIN.” Say no more.

A quirky indie pop song from his 2012 album Age Waves. It’s a song about days being the same (very relatable right now), but at the same time, promises another day to come (that’s at least how we interpret it). It sort of gives us hope.

We absolutely love Panda Bear, especially 2019’s Buoys album! Noah Lennox is a genius. Just check it out already if you already haven’t.

Swedish Amanda Bergman’s voice makes us feel safe, and what a voice she has! We discovered her through Amason (where Gustav Ejstes of Dungen is one of many great musicians). This song has a laidback greatness to it, and it calms you down.

Such an uplifting intro, love the snare too! Love Peter Sagar’s productions.

CCFX – The One To Wait

This track is a beautiful amalgamation. It has an 80’s vibe to it with the verby guitars. It’s so simply put together yet complex.

Everyone should listen to Ennio Morricone once in a while, it will make your life better. “Belinda May” makes you feel like flying.

It would be fair to interpret this song quite literally, as it feels Cécile Schott is actually tapping into every aspect of your soul. It’s very uplifting and therapeutic.

We could almost have picked any UMO song for this playlist, as Ruban Nelson’s voice is so soothing. “Waves of Confidence” is so hypnotic with its repeating guitar hook. This is a good song to listen to when you need to unwind after a long day.

This Norwegian outfit has so many great songs. “Evigheten” translates into ‘Eternity,’ and the song title “Det Skjulte” into ‘The Hidden.’ It’s a small interlude, but still it sort of makes you alert and curious and binds the compilation together.

John Prine – Speed Of The Sound Of Loneliness

We know we were asked to make a list of ten songs, and this could’ve been amongst the ten, but we chose to have it as an extra selection to emphasize the importance of it. And him.