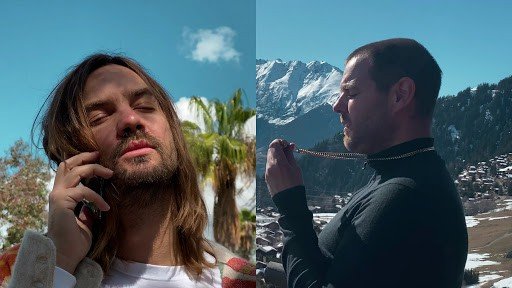 The first single from the new mixtape, “Call My Phone Thinking I’m Doing Nothing Better,” is a song of contrasts. It mixes Skinner’s typically laconic raps with Kevin Parker’s heartfelt vocals on the chorus. The single also mixes wistful piano chords with a heavy bassline.

The single’s accompanying video is a masterstroke.

It features all the acts on the upcoming mixtape, due to release on 10 July, talking on their phones in separate locations. You get to see Jimothy Lacoste in a chicken shop, Hak Baker outside a block of flats, and Oscar #WorldPeace stood on a street corner. Obviously, it’s a nod to the current worldwide social distancing controls.

The new mixtape, None of Us Are Getting Out of This Life Alive, is the first collection of songs released by The Streets in almost ten years. There have been a handful of singles, and Skinner has featured on the songs of other artists, such as “Surrounded” by Dimzy from drill group 67, there has been nothing on this scale since 2011’s Computers and Blues.

Perhaps as a result, the new mixtape had a somewhat stunted birth. Skinner had originally planned to release an album with Murkage Dave, which would jump between rap, grime, and dubstep.

However, this original album never happened and, in its place, we’re getting this mixtape. “It’s really just a rap duets album,” says Skinner. But, given the variety of collaborating artists (ranging from Tame Impala to IDLES to Donae’O) this feels like a far more ambitious project.