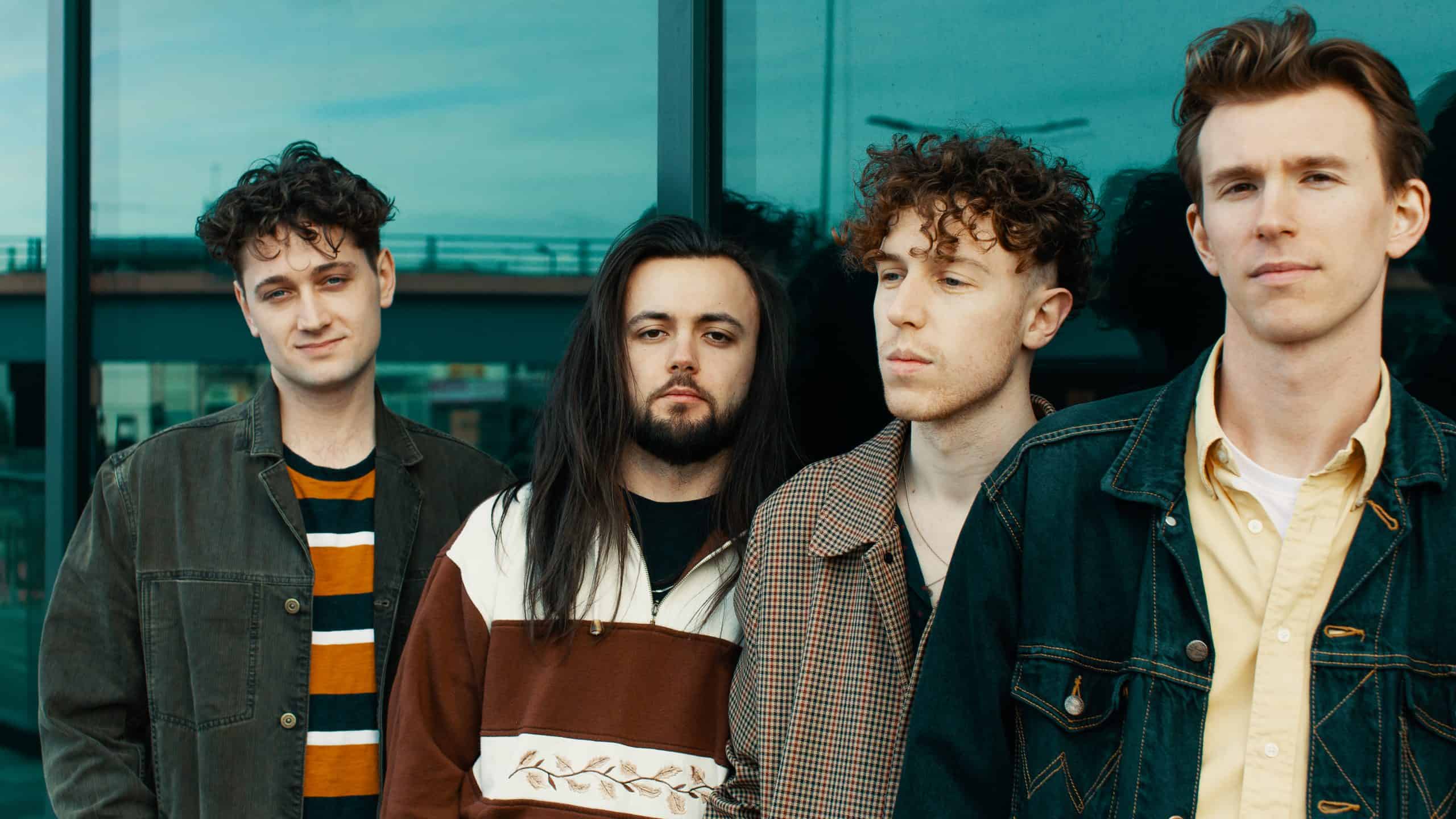 The Leeds quartet has a knack for creating upbeat, sunny tunes, and “Summery In Angus” is no exception. It’s an instantly recognizable Marsicans number with a quirky story behind it, as frontman James Newbigging explains:

“Summery in Angus” was written around the time when the UK started naming storms and Storm Angus was all the rage. I was indoors wearing an over-the-top summery shirt and shorts, whilst it was horrible outside. My girlfriend said, “Look at you, all summery in Angus!” and that phrase seemed to resonate with me, despite it really not making that much sense at first glance.

So, the song is about the two sides of yourself: the not-so-good side which, no matter what fun you’re having, just clouds the back of your mind, and then the side which fights the bad thoughts and tries to keep you positive when everything seems to be going wrong. It’s the inner fight between those two sides. It starts off referencing lines from a really old poem my Grandad used to tell me when I was younger. There seems to be various versions that go back a few hundred years, but the “nonsense poem” always made me laugh, and I thought it summed up the opposing sides perfectly.

“Summery In Angus” is the band’s fourth single release this year. Preceding numbers, “Sunday,” “Juliet,” and “Can I Stay Here Forever (pt. II)” will all be featured on their 16-track debut album, Ursa Major, set for release on  August 14.

Marsicans’ UK headline tour kicks off in October to support the release of Ursa Major, including dates in London, Glasgow, Manchester, and their hometown of Leeds. Tickets on sale now.