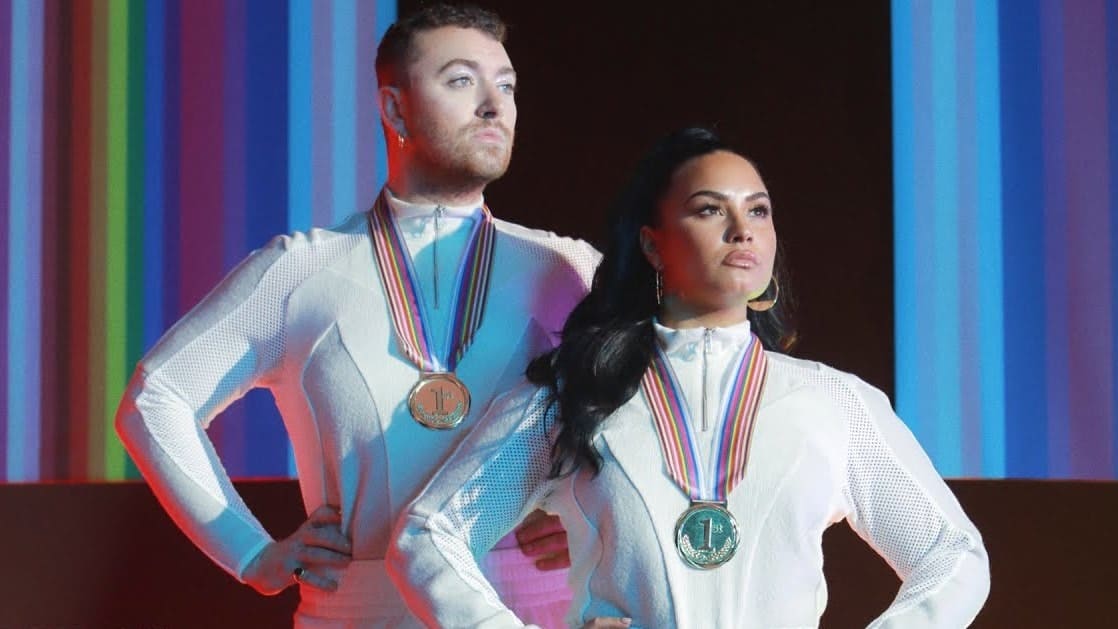 This year’s Olympics may be postponed, but at least the unofficial anthem has already been taken care of. Demi Lovato and Sam Smith teamed up to bring the world their collaboration “I’m Ready.”

As you would expect from two of the world’s vocal powerhouses, the song relies on massive belting – underscoring the empowering message of the track. The choir-filled anthemic chorus fits both singers’ existing repertoires and seems to follow somewhat logically on Lovato’s last release.

Where “I Love Me” was about self-acceptance, this track is about moving beyond that step and being ready for someone else in your life who will celebrate and love you for who you are. While they acknowledge the heartbreak of previous relationships, they emphasize that they’ve “gotta take that risk tonight.”

The rousing chorus with its stomping beat is accompanied by retro/80s-inspired visuals that are reminiscent of Netflix’ Glow series upon first look. Sam Smith is seen engaging in a wrestling competition, as well as running track. Lovato can be seen on the diving board, surrounded by divers and synchronized swimmers. The two singers later appear together on the podium, taking the #1 spot. The imagery is meant to reflect their search for the right lover, through their own “queer Olympics,” as Sam Smith refers to it. It’s a powerful statement, particularly in light of the fact that both Sam Smith and Demi Lovato have both been increasingly open about their evolving relationship with gender and sexuality. The positive affirmation that they feel good in their skin is one that will undoubtedly inspire many others around the world to feel seen, heard and validated. They continued, “We created the song surrounded by love and happiness, and the outcome feels incredibly powerful. I hope that right now, in this unsettling and sad time, this makes you smile.”

They are completely right – just listening to the song once will have you convinced you’re ready too. Whenever you’re not feeling up to going to work or doing those pesky chores that seem to have only tripled during this pandemic, put on “I’m Ready” and fake it till you make it. Promise it’ll work.