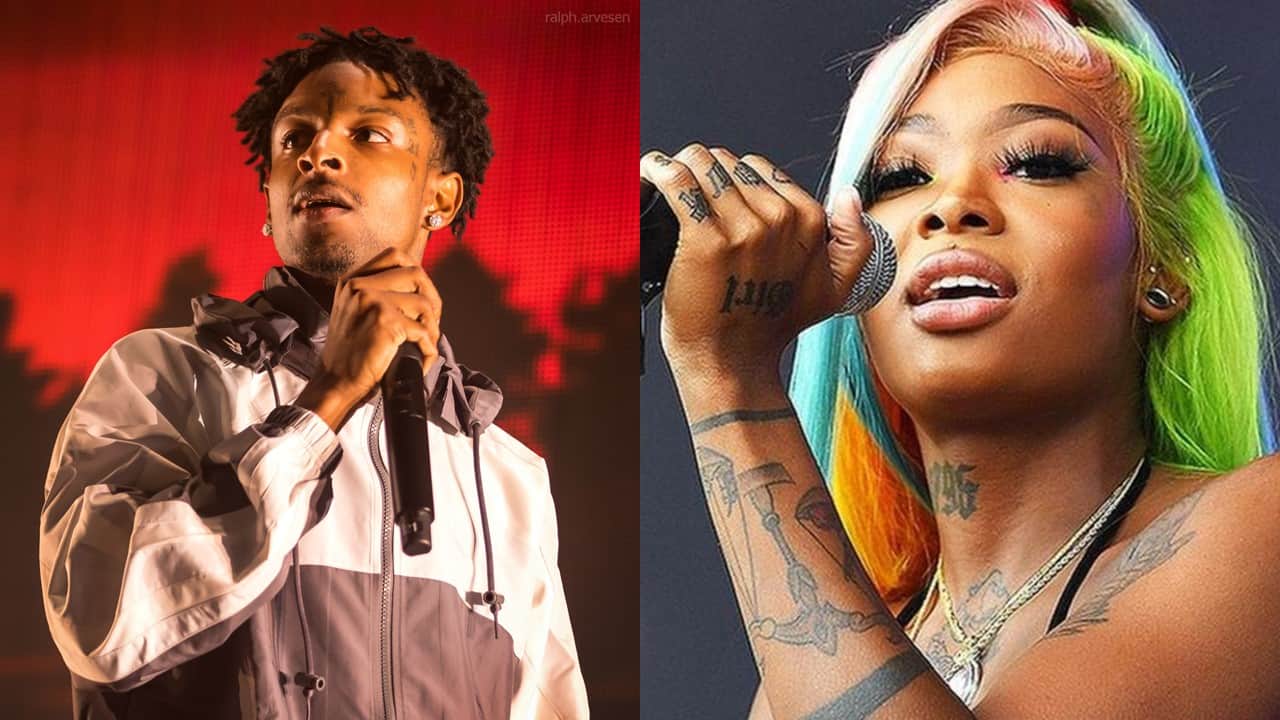 Coming off a few hilarious viral Instagram Live videos featuring him singing karaoke of songs by Beyoncé, Aaliyah, and Brandy, it was only right that 21 Savage dropped his own R&B record featuring Summer Walker with “Secret.” Is he singing? No, but he enters into a world he clearly enjoys.

“Secret” simply just works. The mix of Kid Hazel’s acoustic guitar 808 filled production, Walker’s ethereal and buttery melodies, and Savage’s sincere low-pitched, direct flow is a combo that blends seamlessly even in its variety. Walker and Savage’s musical point of view is wildly compatible. They both wish to remain lowkey for the most part and exist in fan’s consciousness on their own terms. Thus, to create a song about the ups and downs of a private relationship feels natural in its delivery.

“Secret” is a version of songs like “Secret Lovers” by Atlantic Starr and “Your Secret Love” by Luther Vandross fused with a modern Atlanta trap R&B aesthetic. It is truly an homage to those classic songs and shows how successfully the topic can be reinterpreted in modern music. Savage provides this new context as he raps: “You my little secret / That’s how we gon’ keep it / Got done gamblin’, feelin’ like Michael, now I’m finna beat it.”

21 Savage has made a point of transitioning into a more eclectic version of himself. On his most recent album i am > i was there were examples of Savage tapping into his more vulnerable side. On a track like “ball w/o you,” he explores heartbreak as well as the value he places on loyalty in relationships.

Savage also had a smooth and exciting feature on the latest Childish Gambino album on the track “12.38.” Savage spits his signature deep even-toned flow but over a funk-soul style instrumental accompanied by George Clinton and Al Green like vocals from Gambino.

21 Savage came into our music awareness with a Metro Boomin laced trap sound all rooted in street trauma and darkness. While he has shown real ability to broaden his mindset and tone, he always stays true to the core of his energy and sound regardless of what type of composition he sits in. Savage never attempts overly elaborate flows and never tries to become more melodic like many other rappers. He fits into varying instrumentals and styles while staying true to his signature pocket and point of view. This is what makes a song like “Secret” work so well. 21 Savage seems to wholeheartedly believe in and understand what he brings to music, which has thus far only lead to success in his experimentation. We can only hope to hear him even more as himself in other people’s worlds.