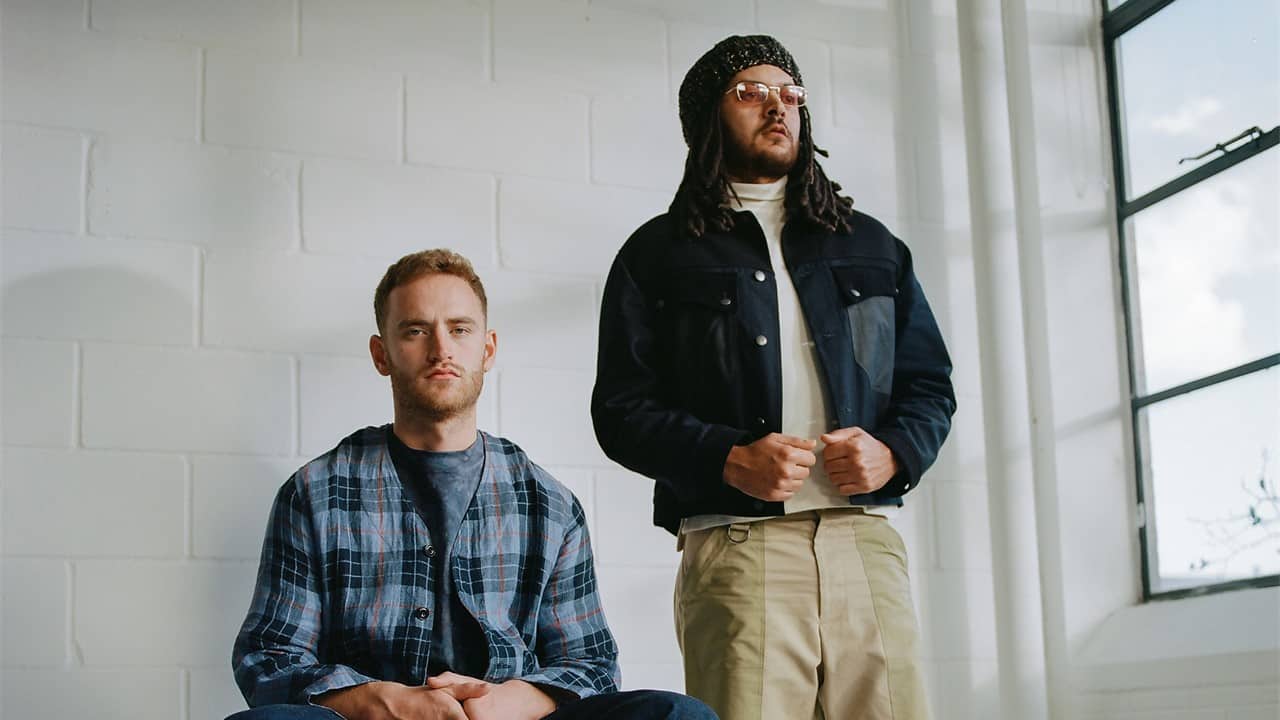 The highly anticipated album, released on Blue Note Records, is quite a shift in sound for Misch. His earlier works have been lighter; his trademark soft vocals and playful guitar riffs the perfect score for a summery day. What Kinda Music, on the other hand, is more experimental – and it might throw some existing fans. For starters, the new album is largely instrumental and has a wider variety of sounds than you can shake a stick at.

However, give it a couple of listens. Let it marinate. With each play, you grow more appreciative of Misch’s need for exploration and divergence from his trademark sound. The genre-bending album is extremely well-crafted, deeply funky, and undeniably cool – something you can always guarantee with Misch’s music. Filled with echoing vocals and guitar static from Misch, finessed drum beats from Dayes and tantalizingly gooey production, it will grow on you and spread like ivy.

What Kinda Music is a real journey. Two years in the making, you can hear how South Londoners, Misch and Dayes, riff off each other throughout the 12-track record. There’s no denying that these two have massive musical chemistry; the authentic quality to the pair’s partnership is clear.

Tom Misch is no stranger to collaborations. The classically trained beat-maker has become known for teaming up with friends and family on the regs. Sister Laura Misch blessed early tracks such as “Follow” with her saxophone skills. South London rapper Loyle Carner has been a regular collaborator, with the pair featuring on tracks throughout each others’ careers. Michael Kiwanuka, Jordan Rakei, Zak Abel, GoldLink, Barney Artist, and Carmody are just some of the pals that Misch has teamed up with to create sweet, sweet music.

The album’s title track, “What Kinda Music” was shared with the world first. The eerie number begins with a climbing, creeping sound, before a drum is introduced, banging like someone’s knocking on the window. We hear an echoing voice clip asking “What kinda music?” before Misch launches in with his instantly recognizable vocals: “I didn’t make a sound / I was hidden amongst the crowds.” The song is full of twists and turns, a signifier for the rest of the record.

The follow-up release was “Lift Off” featuring Rocco Palladino on bass. The instrumental number unwinds over the course of five minutes, making it the longest on the album. It’s filled with jazzy crescendos and tasty guitar riffs from Misch.

“This one is a fully improvised piece recorded because we had a final roll of film left after shooting “Lift Off”!! Rocco started playing these chords and the rest followed!!” Misch shared on his Instagram, along with a clip of the music video.

The last pre-release single, shared last week, was “Nightrider,” featuring the rapper Freddie Gibbs. The hazy, laidback track is elevated by Gibbs’ verse 3:21 minutes in. The tune was accompanied by an animated music video, directed & animated by Jack Brown and co-designed by James Neilson. It sees the trio cruise through a desert landscape in a convertible. The visuals pair perfectly with the song, especially when Misch sings: “Top-down with the cruise control / Lights out with the radio on.”

“Festival” leads on almost directly from the title track in a sonic sense, featuring some brilliant drumming from Yussef Dayes.

“Last 100” are two of the more lyrical tracks on the album, with a production that’s reminiscent of Misch’s Geography. “I Did It For You” has more of those trademark summery Misch guitar riffs.

“Tidal” begins with Dayes’ frantic hand drumming, before a woodblock and soft vocals from Misch are introduced. Crashing cymbals hit like waves on the chorus. The whole song – let alone the whole album – is a mastery in percussion.

Almost halfway through the album, we have “Sensational,” which, at just 1:25, clocks in as the shortest song on the record. This song is particularly interesting, firstly due to the melange of sounds present. It seems like the duo has included an Erhu (AKA the ‘Chinese violin’), although this could have been created with a synth. Secondly, because as soon as you get hooked, the song cuts off, leaving you wanting more. Time to hit that replay button.

“The Real” is scattered with distorted vocals and jazzy piano chords. “Julei Mangoes” kicks off with an audio clip of a conversational exchange with a shopkeeper about mangoes. Backed by a funky beat, we then hear a phone recording of a man praising What Kinda Music, telling Misch that it’s better than his previous album, Geography, as it’s “much more profound” and “really interesting” musically, before asking, “Am I being taped?” to Misch’s sheepish laughter.

The album’s final track, “Storm Before The Calm” is more traditionally jazzy; the only number on the record that features a saxophone.

Unfortunately, due to the Coronavirus outbreak, Misch and Dayes had to reschedule their UK and Europe tour from May to September. The five-date tour will land in Manchester, London, Berlin, Amsterdam, and Paris.

Whilst waiting for the album release, Misch stayed busy, sharing a series of ‘Quarantine Sessions’ videos on his social media. The posts see Misch play fan-requested covers and mashups, “I’m gunna be sharing some relaxing guitar jams and beats for people at home during these crazy times!!” he said on Instagram. Followers have so far been treated to a Mich-mashed version of Solange’s “Cranes In The Sky” (which saw John Mayer fangirl with the comment, “I can’t get enough of your playing”) and “Them Changes” by Thundercat, amongst others.

What Kinda Music is a tantalizing, beautiful piece of work by Tom Misch and Yussef Dayes, showcasing the dynamism of the genre. It will no doubt position them as leading voices in the jazz world.

Listen to What Kinda Music on Spotify: