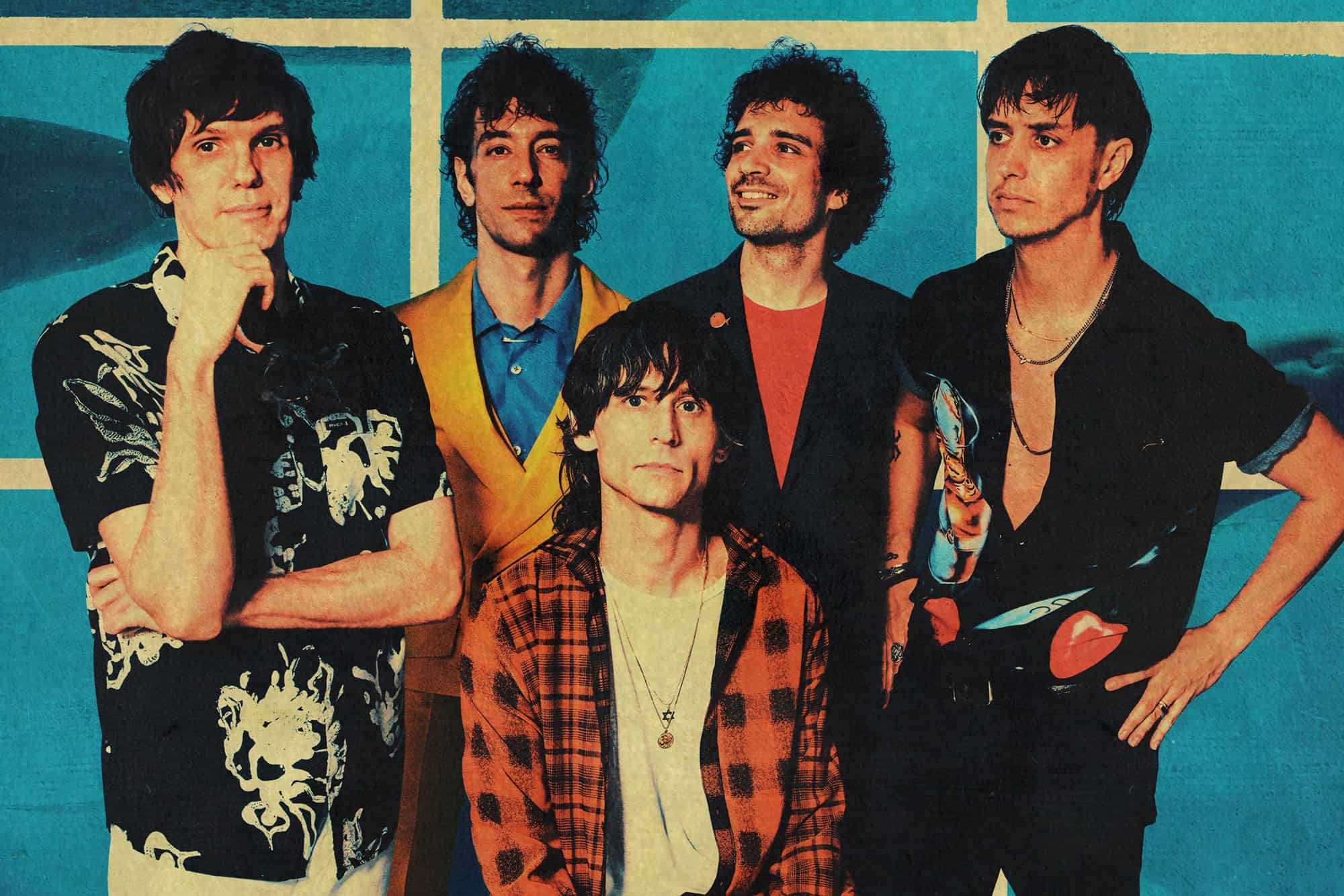 The Strokes – The New Abnormal

April 10th saw the release of The Strokes’ first full-length studio album in over seven years. The New Abnormal, as the name suggests, represents something of a departure from the New York City-based quintet’s classic garage rock sound.

It’s unclear when or why Julian Casablancas and co. settled on the title. Nevertheless, The New Abnormal feels like an eerily accurate description of the unprecedented times which we are currently living through, and in which the album was released. Many of the riffs and melodies found on the nine-track LP feel alien from the Strokes that we are used to – the clean-cut sound often feels a world away from the moody, lo-fi garage rock beats that made the band famous with their 2001 classic Is This It and the outstanding 2003 follow-up Room on Fire.

That The New Abnormal was mostly recorded in Malibu, California with the help of super-producer Rick Rubin (co-founder of the legendary Def Jam Recordings, no less) adds to the sense that this album represents a new trajectory for the Strokes. There are even unconfirmed rumors that the band’s much-publicized internal disputes were put to rest throughout the recording and production process.

Despite the new beginnings, the cover art does give a nod to the band’s New York City roots. ‘Bird on Money’ by Jean-Michel Basquiat, another of NYC’s most famous cultural icons, is the artist’s tribute to one of his heroes, legendary jazz musician Charlie ‘Yardbird’ Parker. It is thought that Basquiat was trying to achieve a jazz-like arrangement of the imagery in this painting, and its creative energy is perhaps indicative of what the Strokes are trying to achieve with The New Abnormal.

It all begins with the bright and bustling “The Adults Are Talking,” an album highlight which, if anything, arrives too early. The staccato guitar notes jump out at you from the unerring hiss of drummer Fabrizio Moretti’s background cymbals, but the track nevertheless feels coherent. The vocal melodies mostly consist of the classic moody Casablancas croon, before the lead singer hits some unexpected high notes which contrast the pervasive longing of the bridge lyrics: “I don’t, I don’t want anything / I know it’s not, it’s not your fault / I don’t want anyone / As I do in life for you”.

The second track, “Selfless”, immediately feels like something from a Beach House album. It’s easy to get lost in the floating, dream pop-like guitar riffs which begin early in the piece and frequently reappear throughout. The languid “Why Are Sundays So Depressing” falls into the same category, but both tracks still manage to pack a reasonable punch despite their dreamy, distracted nature.

“Brooklyn Bridge To Chorus” is as questionable a name for a track as the song itself is curious. The early ratatat-esque guitars are infused with repetitive, high-pitched synth keyboards, the inspiration for which is alluded to in the song’s lyrics: “And the ‘80s song, yeah, how did it go? / And the ‘80s bands? Oh, where did they go?”. The finished product doesn’t really sit together perfectly, but it’s catchy enough to have warranted being the third and final single from The New Abnormal to be released before the full LP.

The second such single, “Bad Decisions,” is an obvious cover of Billy Idol’s 1981 hit “Dancing with Myself,” so much so that the former Generation X frontman and bassist Tony James are given writing credits on The New Abnormal. A peculiarity on an album that is so much about the Strokes’ new creative direction, but also a clear nod to the new wave/post-punk influences that have evidently provided the band with their recent inspiration. This also happens to be the point of the album at which Albert Hammond Jr and Nick Valensi’s lead guitars are at their punchy best.

“Eternal Summer” is the album’s mid-point and longest track, a six-minute cruise which again unashamedly invokes those new wave sounds so typical of bands from the mid-1980s. The New Abnormal’s lead single, “At The Door,” then provides a strangely laborious dirge, charming animated video aside, before “Why Are Sundays So Depressing” paradoxically lifts the mood of the whole affair once again.

One of the defining bands of the noughties then channels the spirit of another on the penultimate track “Not The Same Anymore.” The song’s opening refrain “You’re not the same anymore / Don’t wanna play that game anymore / You’d make a better window than a door” sounds as if it’s been taken directly from the Arctic Monkeys’ 2013 single “Do I Wanna Know?”.

Rather disappointingly, The New Abnormal then finishes with more of a whimper than a bang. “Ode To The Mets,” named for the New York City baseball team, whimsically reflects on the band’s time spent in the city together: “Old friends, long forgotten / The old ways at the bottom / Of the ocean now has swallowed / The only thing that’s left is us.”

The theme of old friends putting their differences aside is prevalent throughout The New Abnormal. Short soundbites from the recording studio cut in between tracks give the impression that the album was borne out of a group of five guys just enjoying jamming together above all else.

Perhaps that enjoyment is the reason why The New Abnormal shows that there’s life in The Strokes yet, even if their latest offering doesn’t quite reach the dizzying heights of their early noughties glory days.