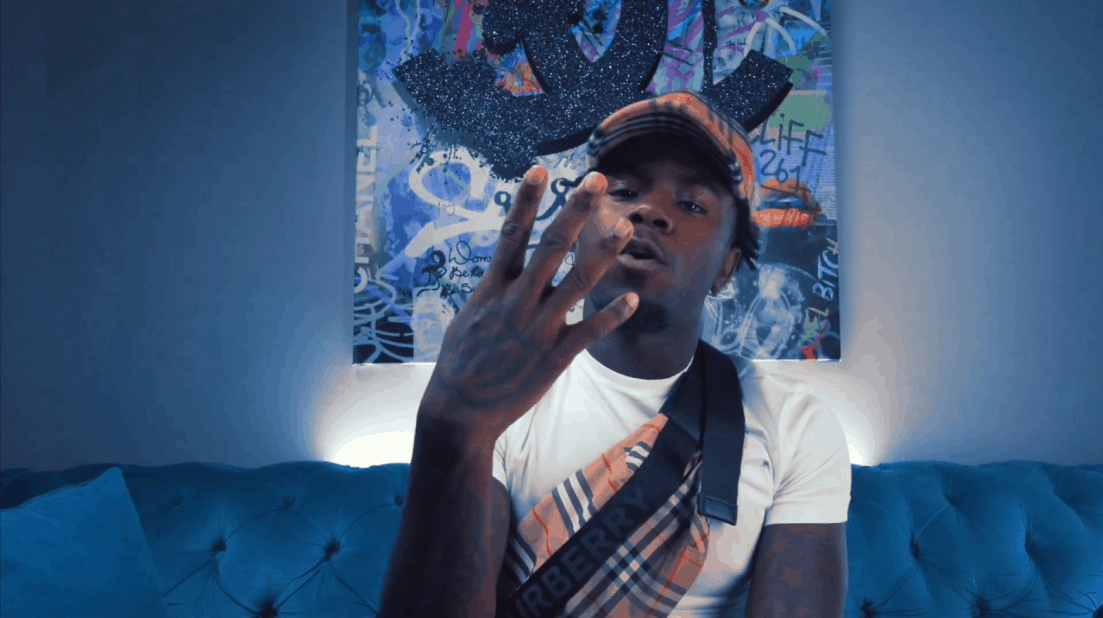 On “Mariah From Cali” Pensacola, Florida’s LBS Kee’vin croons: “Only time I feel love when I’m in front of an audience.” Well, thanks to this potential smash hit, he may have just found an even bigger one.

Before the pandemic and subsequent isolation across the world, Kee’vin was wildly proactive. He signed to Visionary Records (under the wing of Columbia Records) at the end of 2019. He then went on to release five solid singles this year. The up-and-coming musician also gained a massive following on free apps like Audiomack (where he saw over a million streams) and Soundcloud. Kee’vin can even be heard on one of high school basketball’s most exciting dunkers, Jalen Green’s, highlight video and Philadelphia Eagles cornerback Cre’Von LeBlanc’s highlight reel.

LBS Kee’vin’s most recent single, “Mariah From Cali”, is an automatic attention grabber. His sound on it could be compared to other Southern artists like Yung Bleu or Quando Rondo. Although Kee’vin’s delivery and confidence also co-align with an artist like Roddy Rich. However, the element that really makes the song stick out is the specificity of the theme and lyricism. On the song, Kee’vin expresses his frustration with a never-ending argument with his girl that he wishes to be rid of in its redundancy. He sings: “Comin in late night I’m sorry / That shit ain’t right, I’m sorry / Always at the club, I’m sorry / Heard you gave a b***h a hug, I’m sorry.”

Keev’in frames his dynamic first verse with a repeated apology that parallels an actual fight filled with youth, annoyance, and lack of patience. At one point or another in all our lives, we have felt some version of this need to be forgiven to move forward. Kee’vin delivers the emotion of that feeling with clarity.

The potential of “Mariah From Cali” is unending as the song feels like as much of a street anthem in its attitude as a pop hit in its essence. The song is as bright and catchy as it is nefarious and dismissive.

If you dig this single, you can discover at least eight other high-quality records from the young artist. Songs like “Upper Hand” and “Drive Thru” even further prove his potential and already uncanny ability to produce street pop anthems.