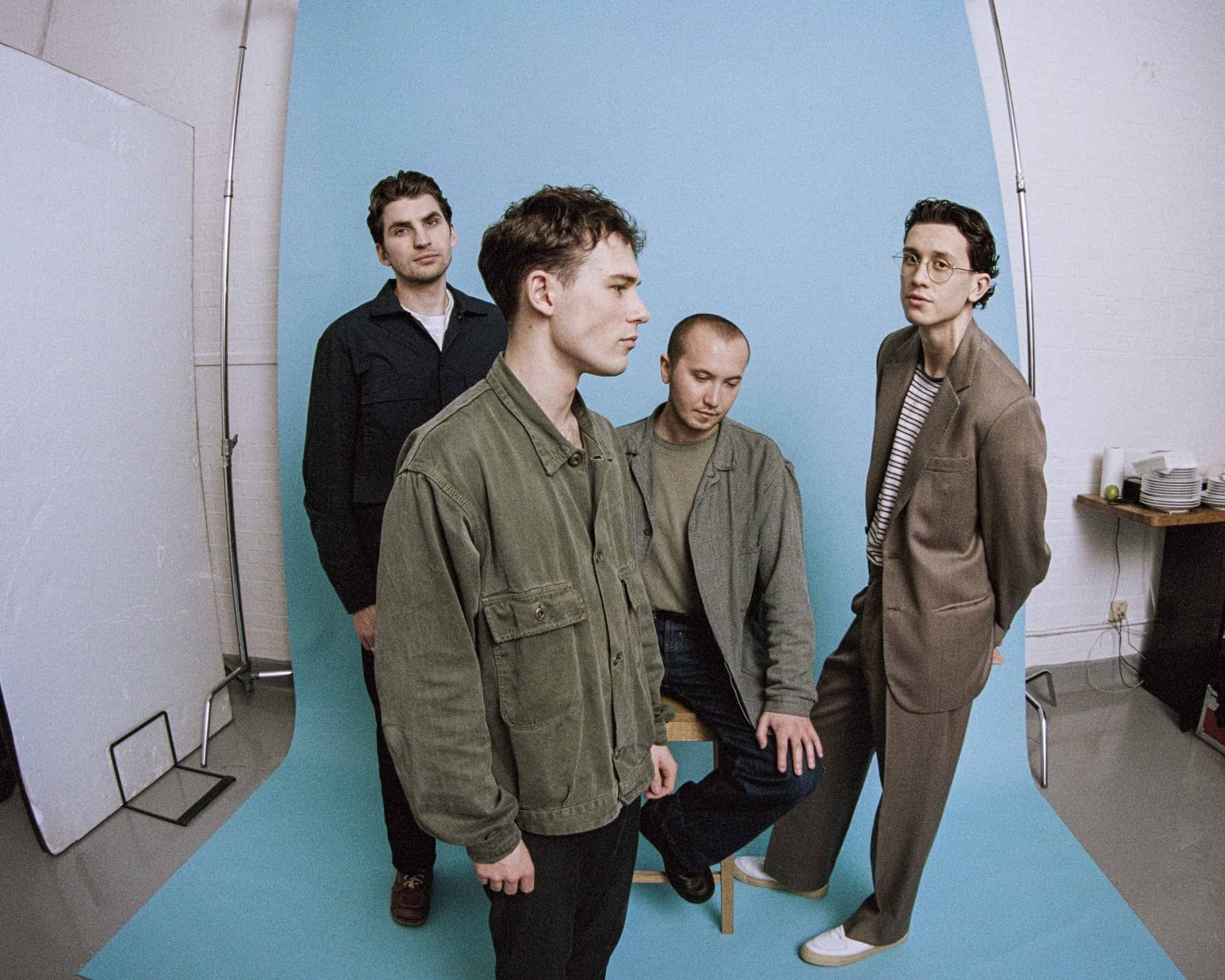 Following the massive success of their self-titled debut album in 2018, alternative-indie quartet The Magic Gang opens up the second chapter of their story with sophomore album, Death of the Party, out on May 15th.

Despite its foreboding title, the album is a celebration of uncertainty and bliss. The four friends have successfully navigated their late teens and early adulthood together and use the album to reflect on their experiences.

With a broadened soundscape of harmony-rich, melody-focused pop and an observational lyrical approach, the band moves beyond the confines of the love songs that dominated their debut on this second outing. In 2018, The Magic Gang made it against all odds and now they’re back to do again, but better.

We spoke to the band about their upcoming record, who inspires them, and the best part of making new music.

How would you describe Death of the Party in three words?
Dancing in thought.

Have you got a personal favorite track off the album?
It changes daily. Today I’ll say the title track, “Death of the Party.” Kristian wrote it quite early on in the process and lyrically it marks a change in direction for the band

If listeners could take away one message from your music, in general, what would you want that to be?
With this album, it’s about appreciating the beauty among a sense of uncertainty. Half of the album is a total inward reflection during a difficult period whilst the other half is about going out and enjoying those moments of bliss – be it with loved ones or on your own.

Who inspires the Magic Gang – both professionally and on a personal level?
Personally, it’s our friends. They’re the ones we write about and the ones we rely on for their critique – probably a little too much! Professionally there’s a long old list that starts with the Beatles. I’d always say the author George Saunders as a non-musical inspiration too

What’s the best and most exciting part of making new music?
The feeling you get just after writing something good. It doesn’t last very long but for me, it’s the highest point you can get to in a band.

What, if anything, frustrates you about the creation process?
For me, it’s implementing a routine. Waiting for a eureka moment doesn’t appeal to me at all so I’m constantly trying to shape my working week into something that resembles a 9-5 job. The downside to that is the pressure to write every day.

What’s been the most memorable moment of your career so far? What’s next?
Our headline tour after the first album. They were the biggest shows we’ve done and it’s only a year or so later that you suddenly realize how special they were. If we ever get to do it again, I think we’ll appreciate it.

What’s one question no one asks in an interview that you wish you were asked?
In our band, you have four people who all contribute on every front, so there’s less individual air time. I think we’d all love an hour or so to chat about our childhood memories- maybe one day!