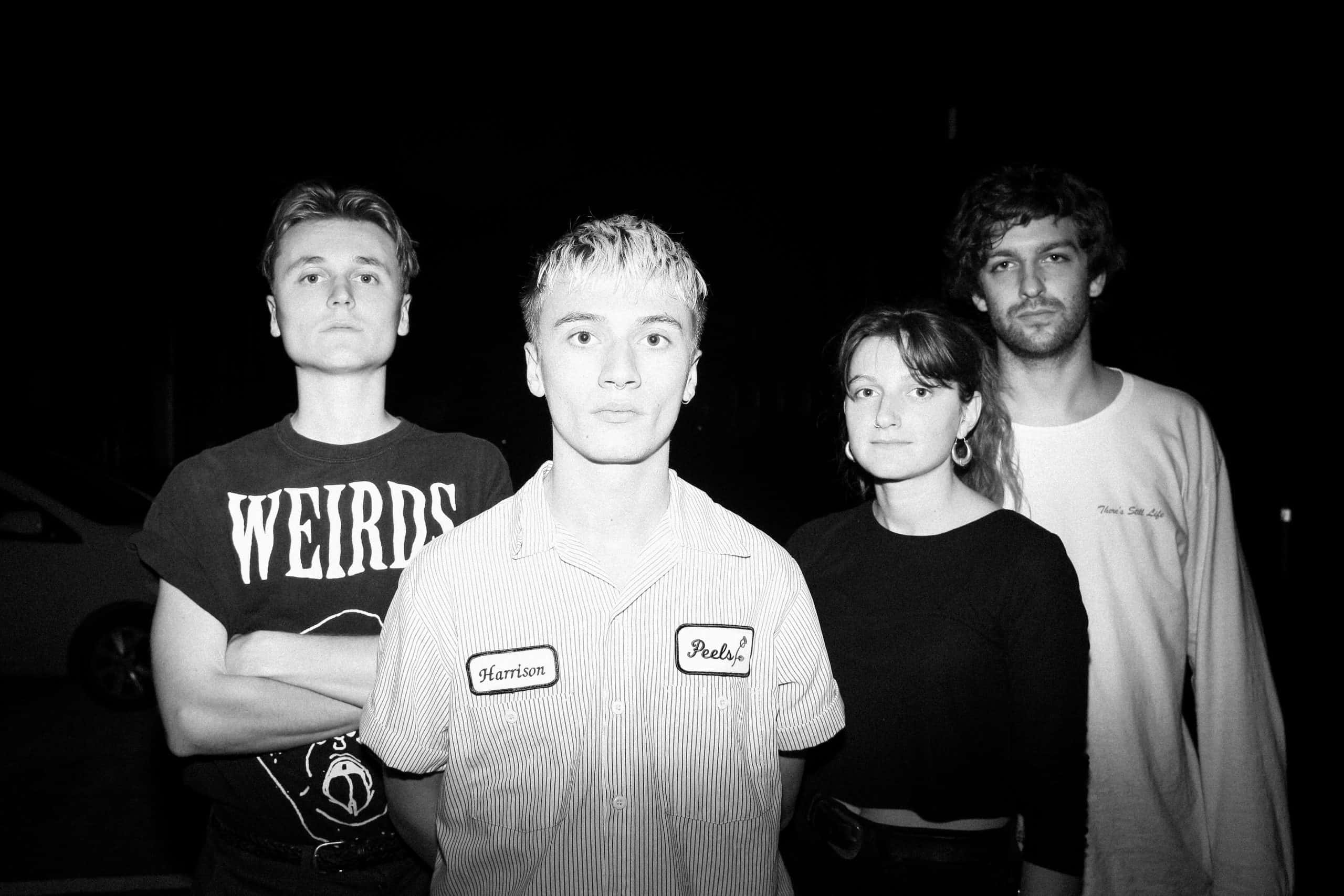 London four-piece Talk Show have grown leaps and bounds in just one year. At the start of 2019, they were finding their feet as a band with the announcement of their debut single “Fast and Loud.” Now, they’ve released their debut EP, These People, for the world to enjoy.

The EP details the fleeting everyday occurrences of humanity with deep, life-affirming sensibilities. These People, which was released on March 27th via Council Records, is a pacey, energetic introspection of existence.

Talk Show’s George Sullivan speaks of the band’s sonic evolution, their lyrical inspirations, and their career highlights as they bring out the EP that defines their direction and identity.

What can we expect from These People?
The EP’s a mixture of new material and tunes we’ve been sitting on for a while.  It’s actually four of our favorite tracks to play live so it’s got a thump to it. We’re really excited to bring it out, feels like it’s been a long time coming.

Do you think your sound has deliberately changed or evolved in the past year?
The last year we spent gigging, rehearsing and writing has certainly helped us develop a clearer sense of what ‘Talk Show’ is. It’s an exciting time to experiment and take time to really find what our direction and identity is.  Our playing has definitely improved too, we can almost play a whole set together. Almost. I think we’ve really just got a better idea of how we want to sound now, and how to get there in the studio or on stage.

Is your music based on personal experiences or do you take creative liberties with it?
I think it’s a bit of both. I can’t really speak for Harrison [Swann] but I know that while some of the writing is inspired by personal experience, a lot of the lyrics of this EP of traveling through London on public transport, so it’s kind of an account of watching this chaotic metropolitan life pass by.

Didn’t think we’d actually get to this point but our debut EP ‘These People’ is out today and available to the world. Stream it wherever, blast it out your windows and annoy the neighbours.

What was the biggest challenge you faced while working on your debut EP? How did you overcome it?
The hardest part was probably finding the time and the money to get it done properly [laughs]. Where we’ve been very busy touring and working, finding the time to get into the studio has been a challenge. It meant, however, that the short amount of time that we did spend in the studio was put to good use and by the time we got there, we couldn’t wait to get the tracks down.

What’s on your bucket list as a band?
We want a blockbuster documentary made about us where I am played by Leonardo DiCaprio.

What has been the highlight of your career so far as Talk Show?
Going abroad as a band is always so much fun. We recently went to Berlin and Hamburg and had such a good time. Zurich was wicked too. All the gigs were rammed! And always mad playing to an audience who have never seen us before and seeing them get into it, as well as getting to see new places and eating their food. Playing all points east was particularly special as well, as we’d been there many times as punters and never imagined we’d get to play there.

If there was one song lyric – from your songs or someone else’s – to describe your band and its dynamics, what would it be and why?
“We wanna be free to do what we wanna do, and we wanna be loaded” – Primal Scream

Talk Show’s debut EP ‘These People’ is out now on Council Records.