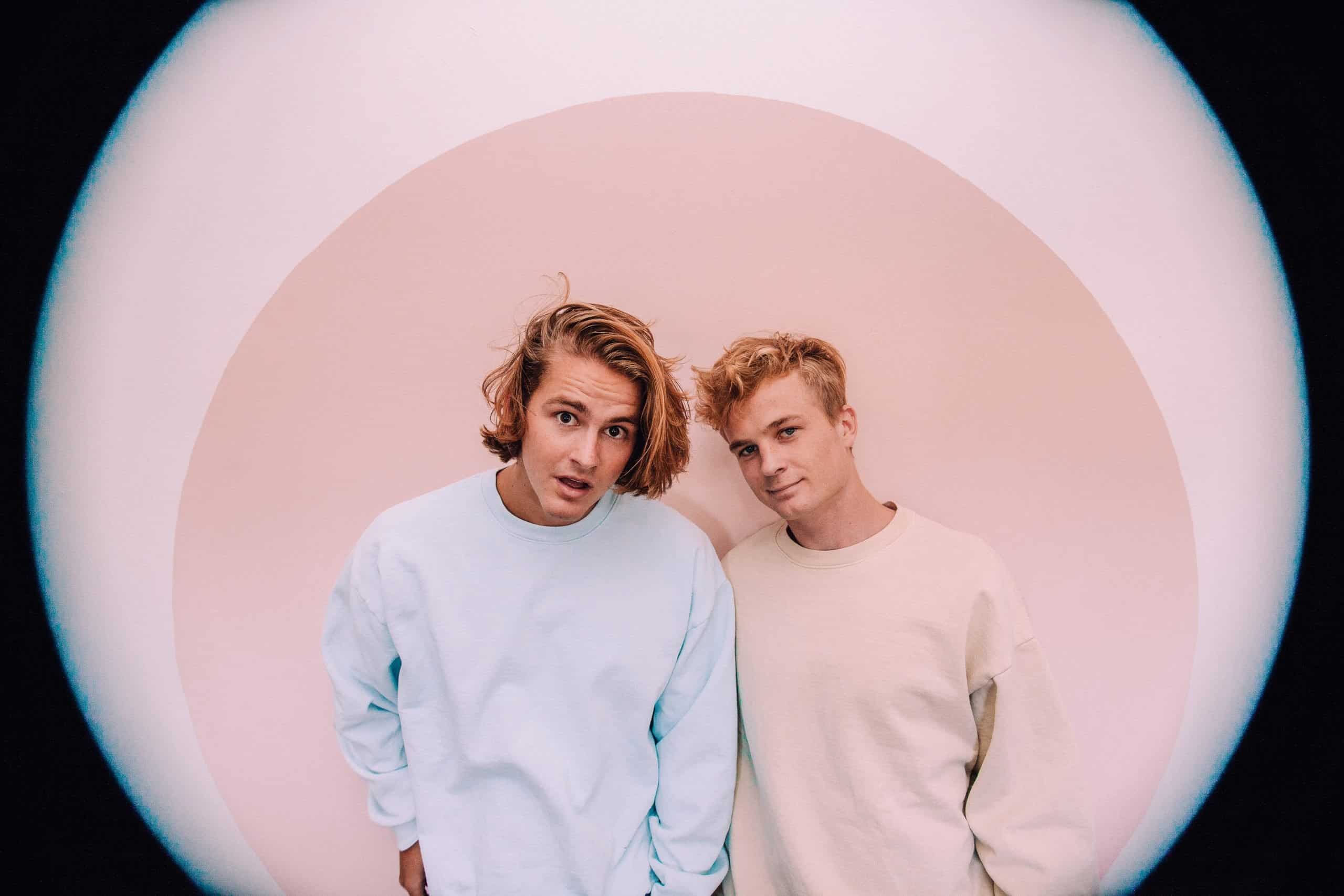 The band Surfaces made up of Forrest Frank and Colin Padalecki, has been putting out fun, positive music since 2017 that’s designed to make you smile. The band recently released their third full-length album, Horizons, but it’s their hit “Sunday Best” from their 2019 album Where the Light Is that’s rising up the charts — thanks to TikTok.

The song continues to climb the Billboard Hot 100 list as it gains more and more streams after being used across a huge variety of videos on TikTok. Frank and Padalecki don’t use TikTok themselves — so don’t expect any dancing videos from these guys! — but have been blown away with it being featured so frequently across social media, even by artists like Justin Bieber.

We checked in with the Texas-based band to chat about TikTok, their latest album, and how they’re keeping busy while under quarantine for COVID-19. These two also hinted at a new single coming very soon… and we can’t wait!

You’ve seen a huge spike in success with “Sunday Best” because of TikTok — did you know it was making the rounds on there or was it a bit of a surprise?
We both gradually started hearing from friends that “Sunday Best” was getting pretty big, so it was sort of a slow, pleasant buildup. It has been crazy seeing everyone, including other artists we really respect, reacting to the song across social media. It was definitely a huge surprise when Justin Bieber posted the song on his Instagram.

Are you guys active on TikTok at all?
Neither of us have the app, so not really. However, we keep up to date with the song across other social platforms and our friends, family, and the team always share fun videos from TikTok with us of people dancing to “Sunday Best.”

Has this burst of success because of TikTok influenced you guys at all?
It has been really fun to see people dancing to the song and being able to spread happiness with it. Something we’ve always tried to do with our music since day one is spread positivity and it is an incredible feeling knowing we’re able to do that.

You also just played on Late Night With Seth Meyers for the first time; how was that?
It was our first time performing on TV so it was naturally pretty nerve-racking. Knowing we have two headlining tours under our belt gave us the confidence to go up there and really have fun with the performance.

You obviously have a lot more music outside “Sunday Best” that more people are finding now. What would you say are 5 songs of yours that tell the best story of what your sound is that a new fan should listen to first?
“Heaven Falls / Fall On Me,” “Take it Easy,” “Good Day,” “Take Some Time,” & “Remedy.”

Each of these songs were written naturally in a matter of minutes. there’s always something really special to tell when feelings can be translated into songs that fast.

It’s obviously a weird world out there right now — what are you guys doing to pass time while everything is seemingly on hold?
We’re still producing and writing music almost every day and trying to keep busy. Outside of music we are trying to cook and work out from home consistently to take care of both mind and body. We hope everyone out there is staying safe and doing their best to take care of themselves and others during this crazy time.

Also, congrats on the new album! What’s the response been like so far? And what’s up next for you?
Thank you! The response has been terrific, we couldn’t ask for better fans. We can’t believe it’s already been over a month since we put Horizons out. As for what’s next… a new single… very soon.