We caught up with the rapidly rising singer-songwriter JC Stewart – who hails from Derry, Northern Ireland.

Stewart’s streaming stats are climbing daily which doesn’t come as a surprise to many, what with his heart-on-his-sleeve lyrics and infectious melodies. The young singer has recently performed at an MTV Push event alongside other artists such as YUNGBLUD, Raye, and Lily Moore.

You may know him due to his recent stand-out singles including “The Wrong Ones,” “Pick Up Your Phone,” “Bones,” and “Have You Had Enough Wine?” Keep reading to find out about how JC wrote the lyrics for “Lying That You Love Me,” his current favorite artists, how he leverages social media to connect with his fans.

Your latest track “Lying That You Love Me” has over a million streams and earned Radio 1 airplay. The music video for it dropped this month. Did you enjoy the creative process of the video?
I loved it! Getting to be involved from the very start was super exciting and I love how it turned out. Getting to experiment with the tone of the video and seeing it come to life with all the references from my favorite tv shows was a buzz as well.

You’ve recently said that you create melodies before words as lyrics can be more challenging to start off with. When writing lyrics do you tend to write from personal experience or about other people?
Honestly a bit of both. I think Lying That You Love me actually has elements of both in there. Although I wrote it about a friend of mine, it’s something that I’ve definitely been through and know pretty much everyone I know has in some form or another.

How did the lyrics for the sorrowful yet bittersweet track “Lying That You Love Me” come about?
It was annoyingly simple, we were just chatting in the studio and we sat down at the piano and it just sort of happened. I wish it always worked like that! 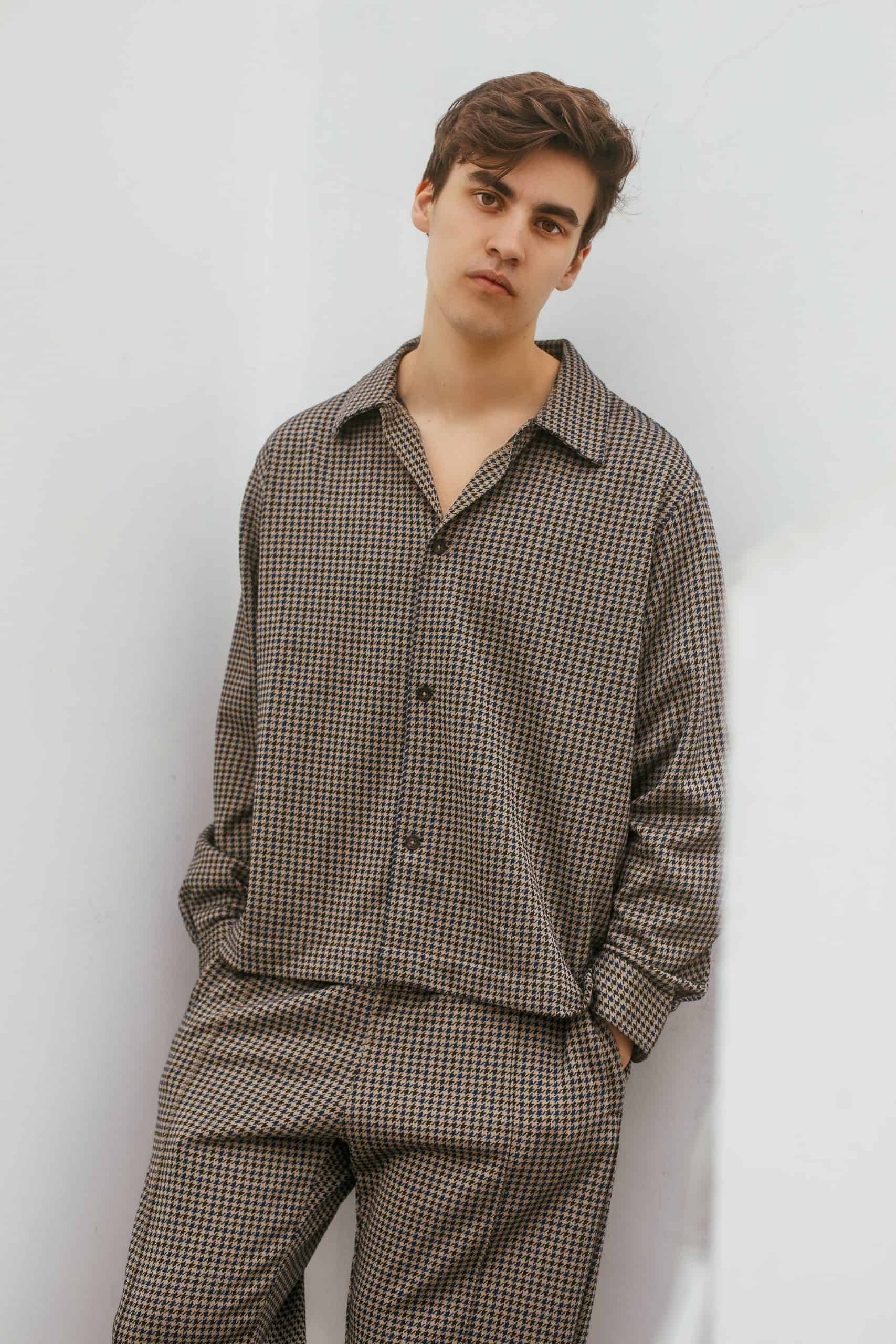 Who are your current musical influences?
Right now, I’m listening to tons of Tom Waits and The Band. I’m obsessed with their lyrics and how they use conversation as a device in their music. It’s super powerful. As I write this, I’m listening to Dua Lipa’s new album and, if I’m being completely honest, it slaps. Other artists I’m obsessed with right now are Luz, John Mayer, 30 Seconds To Mars, Naaz and Chance The Rapper. Yes, I’m aware how random that all sounds haha.

You co-wrote “Hollywood” with Lewis Capaldi for his #1 debut album, toured with Freya Ridings and worked with Grammy-winning producer Fred Ball. You’ve also recently been highlighted as Apple Music’s New Artist of the Week. What has been your most surreal career moment to date?
Honestly, the last two years have been absolutely mental. If you had told me that any of this would have happened I wouldn’t have believed you in a million years. I think the highlight for me right now has to be touring with Snow Patrol. Those guys are literally gods where I’m from and so for them to invite me and look after me for a month on the road was crazy. I remember Gary Lightbody dedicated Chasing Cars to me and the other support act at The Ziggo Dome in Amsterdam. That was pretty nuts.

Do you think having a strong social media presence is important for artists in 2020?
I think it’s different for each artist. I can only comment on myself really but I love it due to how much I can interact with the people who like my music. We genuinely talk about artwork ideas, song ideas, tour ideas, everything! It’s amazing how it’s all worked out.

You have been described as a “Professional Sad Boy” by your sister and as “Sunshine Boy” by your mates. How would you describe the mood of your music to a new audience?
Super depressing pop music with a live show that’s way more fun than you think it’s gonna be.

You’ve previously played shows with Anne-Marie, Maisie Peters, and Lauv. Your live performance reputation is gathering momentum. Are you excited to get back out on the road later in the year?
Touring is all I’ve ever wanted to do so I cannot wait. I’m pretty heartbroken to have to cancel my first ever headline tour in May but obviously it’s out of my hands. It just means I’m gonna have to make it bigger and better for the autumn. 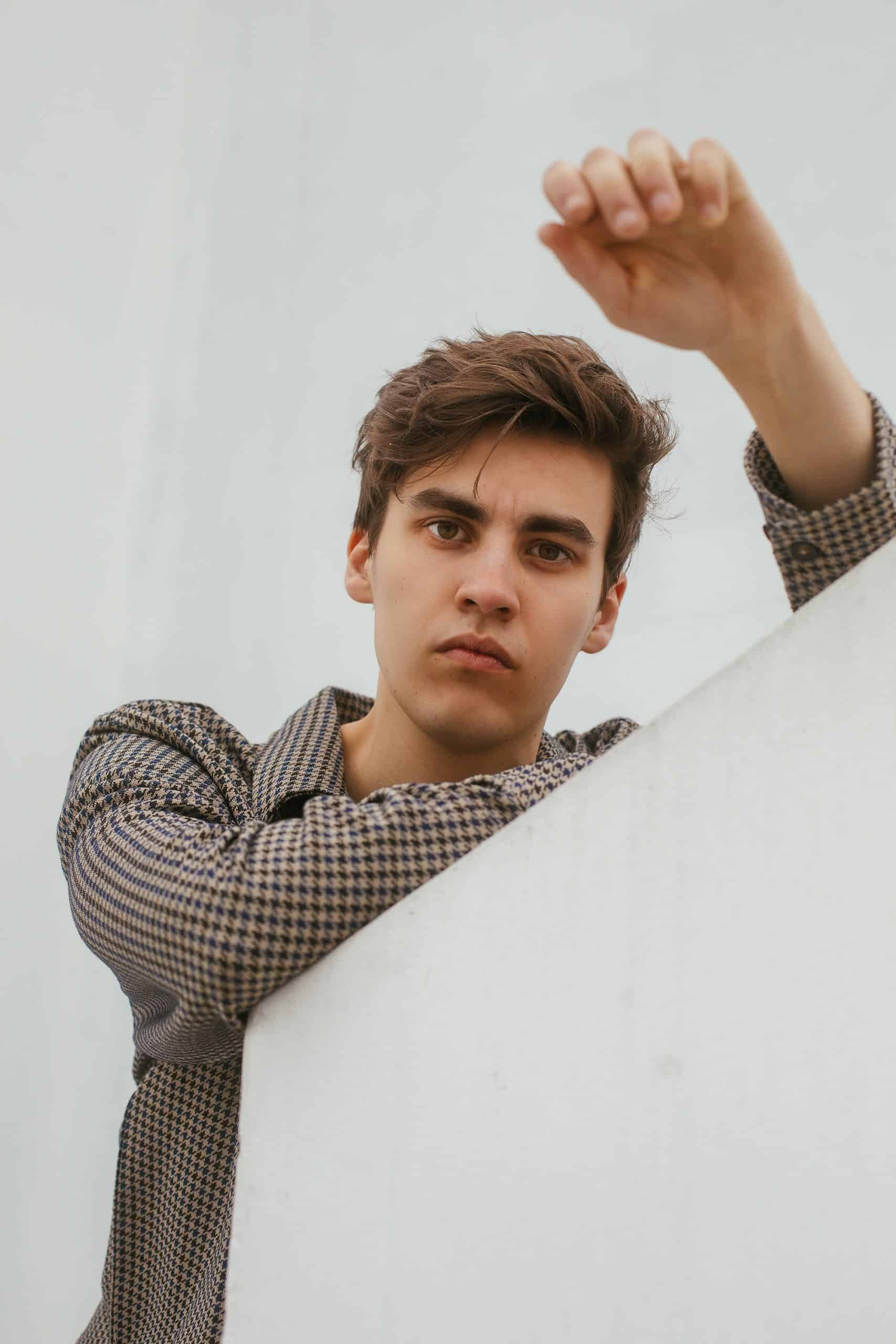