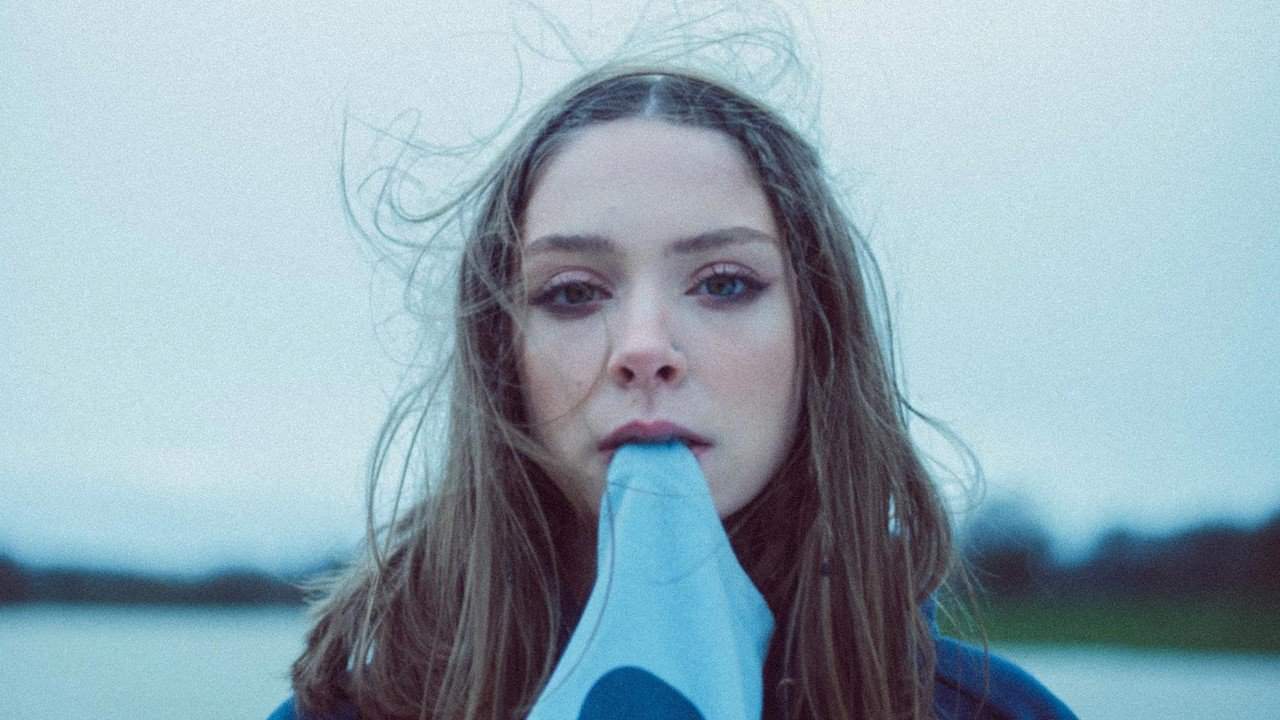 With her debut single “Deep End,” the extraordinarily talented Holly Humberstone signaled herself as one of the most exciting rising talents of recent years. Less than two months later, she released “Falling Asleep At The Wheel,” which saw her rightfully earn even more plaudits.

Taking inspiration from the likes of Phoebe Bridges, Ben Howard, and Damien Rice, Humberstone has managed to craft her own distinctly unique sound that’s simultaneously poignant and comforting. She manages to intertwine intoxicatingly engaging production with her touching lyricism making her music unforgettable and essential listening.

We caught up with Holly to hear all about her latest single “Falling Asleep At The Wheel,” supporting Lewis Capaldi, her creative process and more.

“Deep End” was your first ever single release. What was it about the track that made you know you wanted it to serve as an introduction to you as an artist?
Originally I’d planned to release “Falling Asleep At The Wheel” as the first single, but after writing “Deep End” towards the end of summer last year, I figured it made so much more sense to come first. “Deep End” was written about the people closest to me, my sisters, and all about our struggles with mental health, and sticking by the ones you love. I felt like “Deep End” was probably the most personal song I’d ever written, and so it made sense as my debut single. I was also getting tons of messages from people who had seen me perform it live, saying how much they related to the tune so I wanted to put it out into the world so they could connect with me and my music on a deeper level.

You supported Lewis Capaldi across Europe and also at Wembley. How was that whole experience for you?
Supporting Lewis in Europe was a huge learning curve for me, as I’d never performed shows anywhere near that scale, let alone in a different country. It was so cool seeing how supportive European audiences are, even on a huge scale like that, especially after I’d been psyching myself up for so long and not really knowing what to expect. It turned out to be a massive confidence boost for me, especially learning to perform my set completely on my own with just my instruments and a loop pedal. Getting the opportunity to play Wembley was literally a dream come true, and again a lot less terrifying than I’d anticipated it to be! With such inspiring experiences under my belt, I’m buzzing for a chance to do some headline shows in the near future.

The videos for “Deep End” and “Falling Asleep At The Wheel” are so beautiful and perfectly complement the respective songs. How was the process of working on those?
Both videos feel really organic to me. The videos were both filmed very close to my childhood home, and within the areas where I grew up, which might be why it felt so natural to film them there, and possibly why they have resonated so much with people. The “Deep End” video actually features my three sisters, who the song is written about.  We kept imagining this really dark image of me stood dripping wet in the cold, staring at the camera and playing my electric guitar. We then thought it would be funny and relevant to reveal my sisters holding hoses, spraying me down. My sisters are all so important to this song. Also, one of my sisters borrowed a camera from school and took the photo that we’re using as the artwork! I’m hoping the simplicity of it all helps to convey the message of the song.

The video for “Falling Asleep At The Wheel” was a lot less straight forward and we ran into a few issues whilst filming (car battery died at the dead of night, in the pouring rain, generator completely stuck in the mud and everyone freezing), but I feel like it perfectly encapsulates the sonics of the tune with more movement and the hit and run type feel to it all. The two videos seem to tie together really well and I feel like we’ve managed to consolidate a really strong musical identity within them.

Both of the songs you’ve released so far have been met with such warm welcomes. How does it feel to know what people all over the world are discovering your music?
I aim to make my music as personal to me as possible, and it’s so lovely to see it resonating so well with people. I’ve received lots of kind messages from people saying the songs have really helped them deal with things they’re going through, which is really why I do it. It’s so cool to see Spotify, Apple, etc and all the other platforms championing my tunes and seeing them on playlists I already love is so so sick. The amount of support I’ve received is really amazing and I’m honestly so so grateful to even be able to get to do all this!

When something emotionally impactful happens, do you normally feel the urge to write about it instantly or do you take a bit of time to process the feeling/experience?
I find when I’m going through something, writing is a way of making sense of emotions and working through situations and clearing my head a bit, so I tend to write when I’m feeling the most. I think writing is my way of processing things, so the best and most honest songs usually come from songs I’ve written when I’ve had the urge.

Sort of following on from that, when you’re writing, do you ever think about the potential interpretations that listeners might have when they hear your songs?
Of course. I try to make my lyrics as personal as possible and include as much detail as I can, as I feel people relate more to specific things, imagery and storytelling rather than to a general event/ feeling if that makes any sense?  I think if it’s honest and I’ve put real emotions into a song, then people should hopefully be able to interpret in their own way and feel something from it themselves.