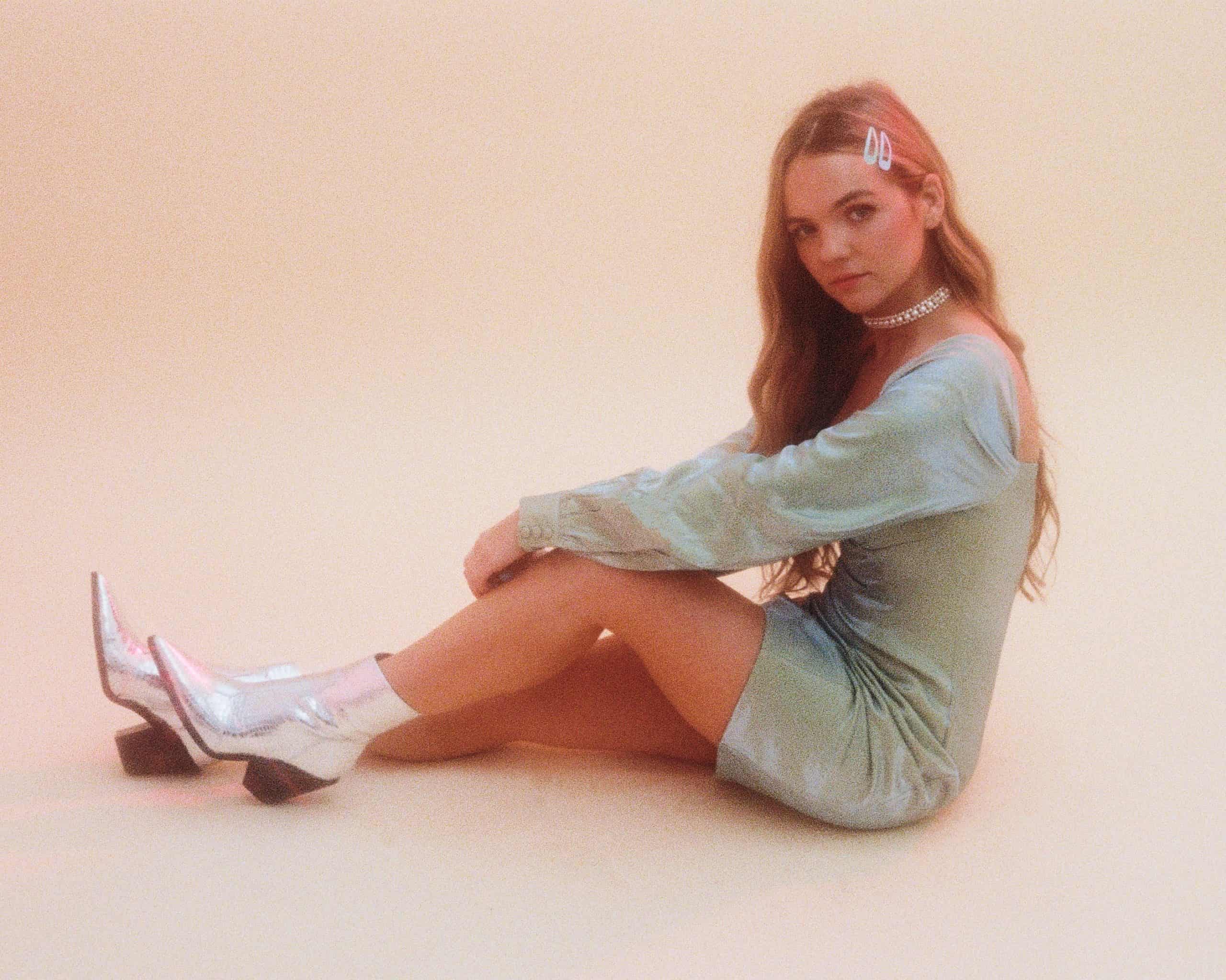 Hannah Jane Lewis has just released the sugary pop number, “Love Letters.” We caught up with the British singer to learn more about her new single, her favorite rom-coms, wanting to move to L.A. and what she’s working on next.

“Love Letters” is dedicated to your friend and anyone struggling with self-worth, to remind them that they deserve love like the movies. What have the fan reactions been to the song?

It’s been really great! I think quite a few people can relate, we’ve all had a friend at one point whose dating someone you wished they weren’t lol. Also, I think in general its a feel-good song; it’s dreamy and romantic and maybe that’s a little breath of fresh air during this really crazy time – so a few people have said its been a nice one to dance to lately!
You list a lot of rom-com movie moments in the song – like waking up to a dozen roses and running to the airport to chase a lover. What are your all-time favorite feel-good movies?
Love a good rom-com! My favourites are How To Lose A Guy In 10 Days, The Sweetest Thing, Clueless, The Notebook, Notting Hill, When Harry Met Sally, There’s Something About Mary, Sweet Home Alabama – gah I have so many! 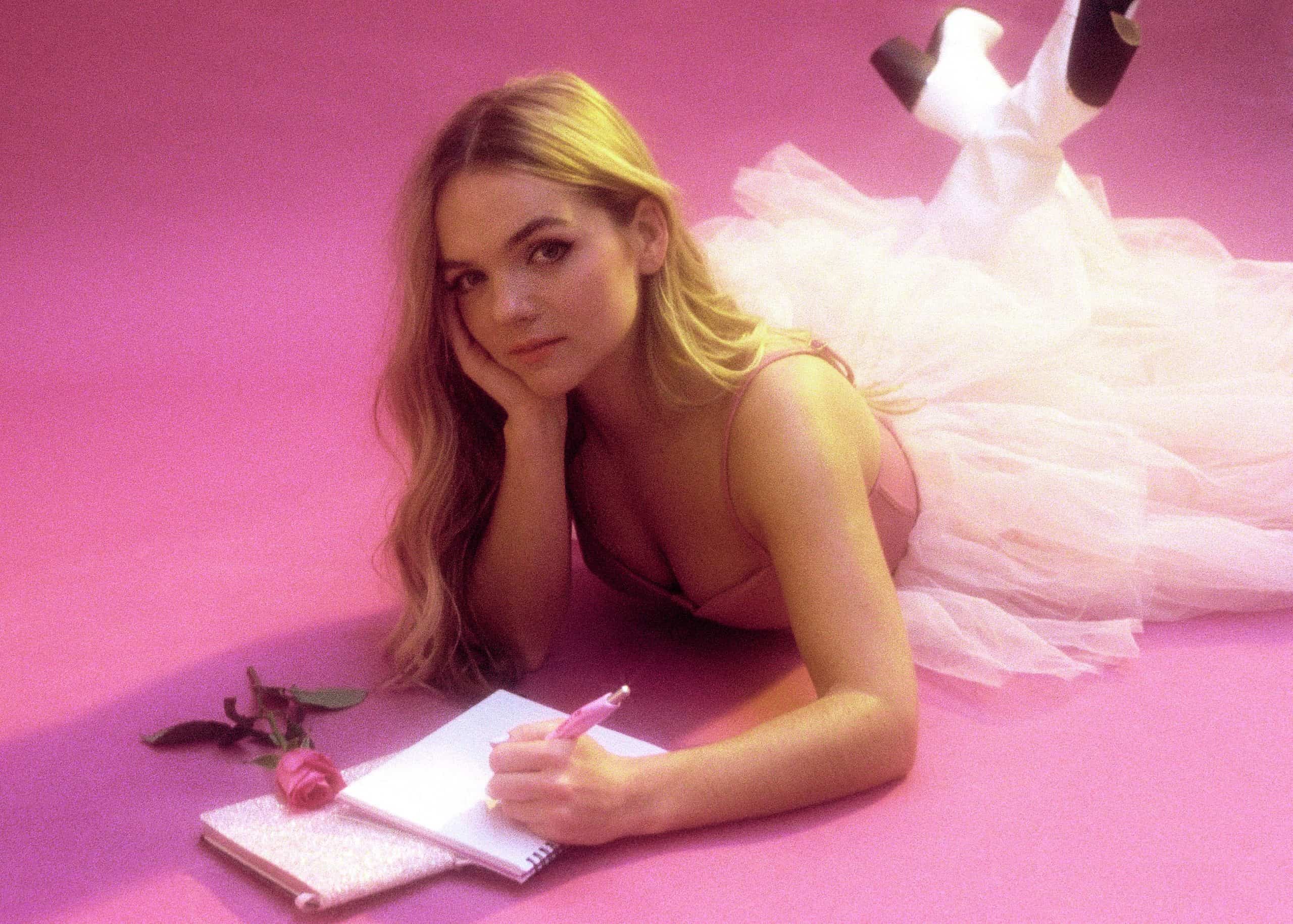 Do you believe that there can be love like the movies?
I mean to a degree yes! Obviously the movies are really over-exaggerated; there’s not many people running after each other in airports and getting the plane to stop just so they can say ‘I love you’, but its fun to imagine it! I do think though that love can definitely be filled with random surprises and kind gestures to make someone feel special – which is what my song is getting at.
I love the visual accompaniments for “Love Letters.” Your social media is adorned with fabulously pink and glittery images shared in a scrapbook style. What made you choose this concept?
Ah thank you! It’s cool isn’t it? I feel like my ‘gram has never looked so good haha. Well, I always knew that visually I wanted to reference all the big movie romantic gestures I sing about in “Love Letters,” and making it like a scrapbook seemed like a really fun way to do it. I also write my songs on random pieces of paper or in journals so adding that element made it quite fun and authentic to the songwriting side of things. I collaborated with this amazing designer, Laurie TB who brought everything to life!
You previously lived stateside – in Florida and then in New York City. You’ve been in the UK for the past couple of years. Would you ever want to move back and live in the US?
Yes, I would love to move back at some point! I’d love to live in LA, I have lots of really close friends that live out there so it would be amazing to be close to them again. I’m also obsessed with the weather there, it just makes life so much better! The main thing I miss after moving back to England is good weather, so maybe that would be the remedy. I do love London though, so I don’t think I’d want to be gone forever.

What’s next for you? Are you working on an album?
Well, I’m just going to keep releasing as many songs as I can! So I’m going to let “Love Letters” live for a second and then I’ll be releasing the next one. I’m doing some virtual live gigs on my Instagram during this quarantine time, and then hopefully when its all over we can get back out and about again! Album wise I’m always thinking/working on it, but for now, I think they’ll be a few more EP’s before I get there!
Start typing to see results or hit ESC to close
new music music interviews Interviews interview music video
See all results