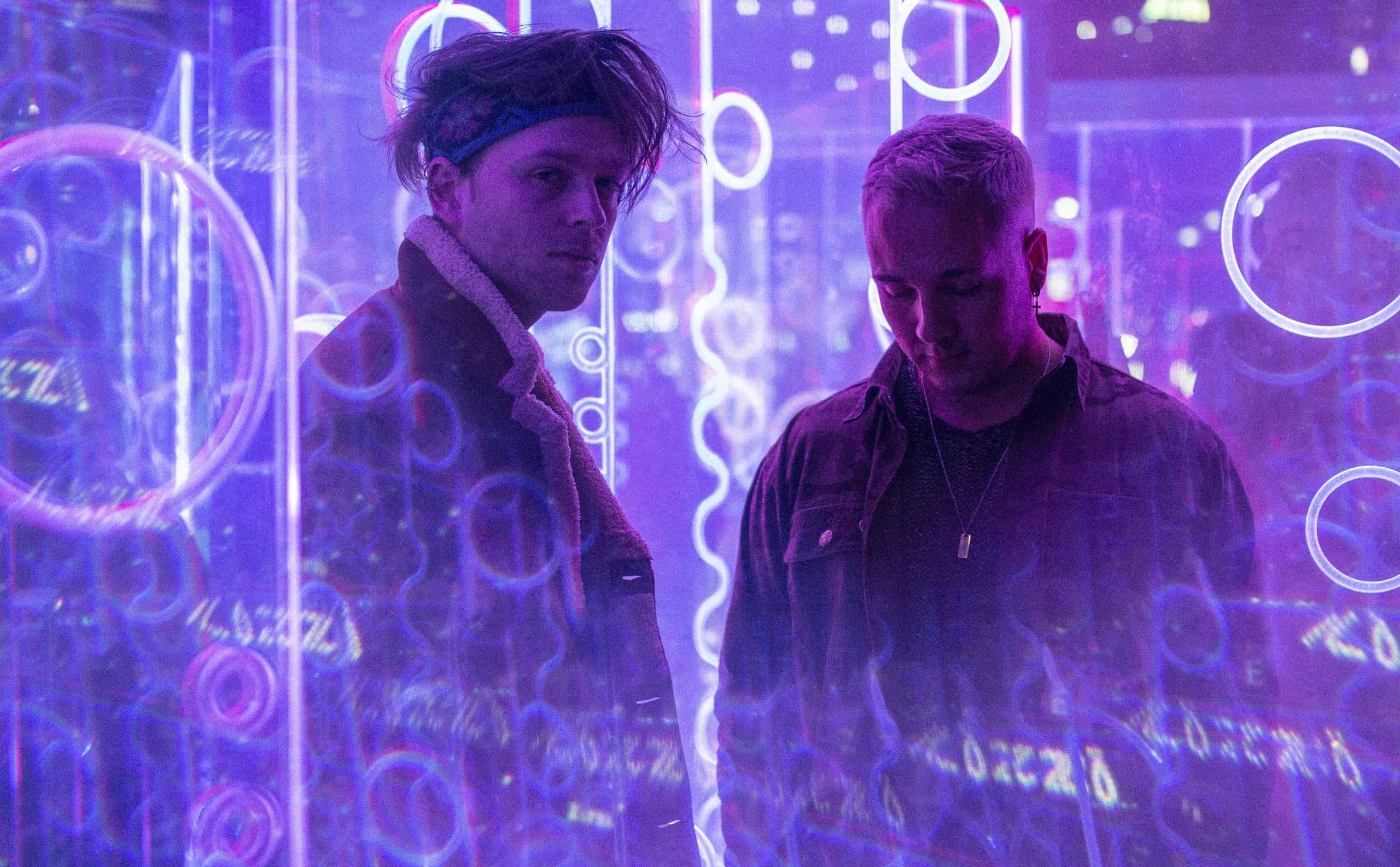 An interview with the BTS collaborators

British electronic music production duo Max Graham and Matt Thomson, known as Arcades, have gained worldwide popularity for their co-writing and production work on several songs of BTS’ best-selling albums Map of the Soul: Persona and Map of the Soul: 7.

In a long conversation with the duo via Zoom, we get into the details about working with global superstars BTS, the specific place that the Arcades fit into within the K-pop market, their individual identities as producers, which other K-pop artists they’d love to work with, about becoming part of the BTS ARMY themselves and much more.

So, what’s the Arcades story? Tell us about your musical journey.

We’ve been working together for four years under different artist names and different projects. We’re both from guitar backgrounds and come from that world, but as Arcades, we’ve dabbled in so many genres from dance and tropical bass to house music, and we blended all of it into a very “live” soundscape that’s full of an organic feel.

Having worked across so many genres both with other artists and as Arcades, how has your sound evolved over time?

By working on so many different projects, we’ve been able to draw inspiration and adapt from each sound we’ve been exposed to and mix them all into one sound. This means that we can always go back and focus on a singular genre if we want, but at the moment, the Arcades sound is a mix-match of several different sounds. I think that’s why we fit so well into the Korean or K-pop market. The entire genre is built on blending different genres to form a unique sound, so we naturally found a place in that market just through the way we evolved.

If you’ve found yourself slotting into K-pop so easily as part of your natural progression as musicians, would you say you fit in more and find an identity in that market than any others?

We fit quite well in that market. The blend of genres, like for example, in the new BTS album, comes easily to us. We know the ins and outs of all genres through experience and we’ve gotten proficient at making the kind of music that is well-received in K-pop. We never intended to write for K-pop, it happened because that’s the way we evolved -we just make songs and see what works for different artists!

Is there a huge difference in style when writing for K-pop and other genres? Do you consciously notice a difference?

If you have an artist in mind whom you’re writing for, whether they are in K-pop or in any other genre, then the writing style might take a particular course. Some of the acts in K-pop follow quite a strict sound, but most of the stuff we’ve done recently has been for BTS. When it comes to them, we just write a song, put it forward to the guys and it just works; taking into account what they’re looking for, with P-Dogg sometimes jumping in from a production perspective. It never really starts life as a BTS song when we write it. Besides, that’s also hard to achieve when you’re not actually in the room with the artists because we can’t discuss what direction you want to steer the track in. So, it’s just writing good music for the sake of writing it.

In general, if listeners could take away one message from music made by the Arcades, what would you want that to be?

The emotion we want to get out through our music is a bittersweet sound. Something that’s melancholic yet uplifting. As producers, we tend to think less about lyrics, focusing more on the sonics – and slightly sad indie music with an upbeat chorus is what we love most. We let the artists we work with drive the lyrical message while we focus on the music, but we hope that we’ve been able to marry the two sides where the emotionality of an artist’s songwriting blend with the emotion, we put into making the music.

Speaking of working with different artists, who would like to work with in the future?

There are two perspectives we can think from here– the Korean and non-Korean markets. From a mainstream point of view, Lauv would be amazing. What we look for in terms of people we want to work with is the ability to move us with their writing and Lauv is one of those people. He’s a great storyteller and we have the BTS connection as well!

On the BTS connection, how did that come about?

One of our managers, James, has been mixing singles for BTS since their first album. When he started managing us a few years ago, he started sending bits of our stuff over to them and suddenly we woke up and found out that J-HOPE had added our first single – the first piece of music we put out under our name- to his Spotify playlist, that was massive and such a pleasant surprise. It went from there and progressed.

Out of curiosity, were you into K-pop prior to writing for the genre?

Well, because we’d been working with James for the past few years, we’d been following closely with everything BTS, in particular, were doing. In fact, the first Korean song I (Matt) listened to was “Am I Wrong” which James was working on. But Max was working with James, assisting with mixing so he basically got to listen to tracks like “Spring Day”, “IDOL”, “DNA”, “Fake Love” on repeat even before they came out! Working with them was something we wanted to do for a while, so we were absolutely thrilled when it happened!

Besides BTS, who are some K-pop artists you’ve listened to and/or would like to work with?

Because we’ve worked with them, TXT is definitely one we’ve listened to. But also, a lot of SM artists like Taemin, SuperM, Girls Generation. A few JYP acts like Twice, GOT7, ITZY. We really like Day6 as well. We were introduced to them when we spoke to Sammy and Niki who played their tracks for us. They have guitar backgrounds with a sort of punky feel that fits our sound really well.  So many bands!

Does the language barrier ever make it difficult to connect with the music you’ve worked on in K-pop?

We always listen to the melody anyway, it’s what our ear latches onto first. The language and lyrics come afterward. People feel the emotions of the music whether they understand the lyrics or not. We resonate with songs like “Spring Day” where the feelings are so stronger, it doesn’t matter whether we understand the language.

What’s been the most memorable moment of your career so far?

The day that Persona came out. We went to London to buy it and when we looked into it, seeing our names there. Watching the songs we were involved in played live at Wembley was really special. Ask any producer or musician and they’d say that the first time they heard their music being played live, or on radio, or somewhere in a shop is the best feeling. It catches you off-guard and there’s nothing else like that first time.

With such a strong connection to BTS, how are you handling all the attention?

Having the big influx of ARMY finding us online and messaging us has been so lovely. We’ve messaged back and forth and built new relationships and friendships based on this shared love of music. We’ve actually become ARMY ourselves so we just get excited about it regardless of whether we are part of BTS’ achievements.

What’s next for the Arcades?

We have a song with another Korean artist coming out next month, as well as a few releases with non-Korean artists. We also have our own stuff as well but with our music, we see it as a stress reliever. It’s where we can work on something from beginning to end, with a specific direction that’s very much Arcades.

Finally, what’s one question no one asks in an interview you wish you were asked?

We can tell you what we don’t like getting asked! When people ask us “when’s this coming out?” or “who is going to be on this song?” before we are allowed to say anything about it. But you know what, aside from that we never feel like anyone’s ever missed out on a question when they’re talking to us.