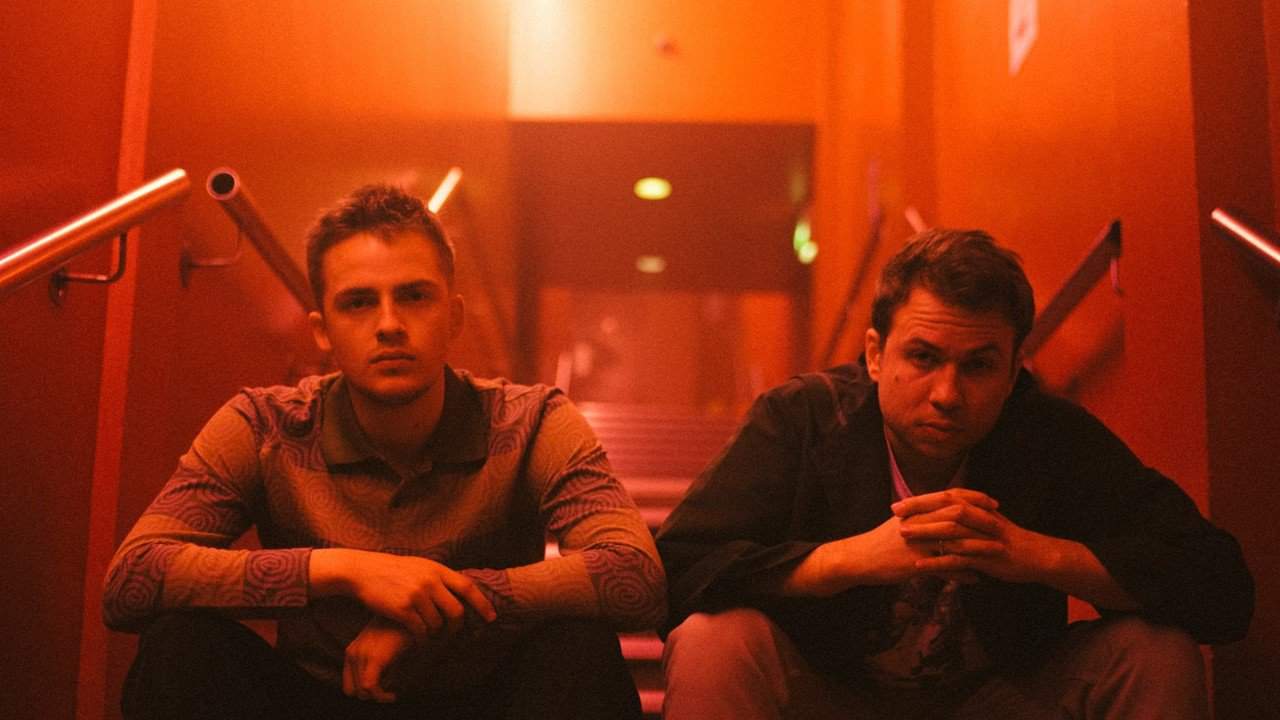 Looking for your new indie-pop fix? Make way for APRE…

The British band, who hails from Kent, started as a fun project between pals Jules Konieczny and Charlie Brown, formed out of a chess club in Ealing. A couple of years later, APRE has released a series of acclaimed EPs and toured with the likes of Sam Fender, Friendly Fires, Inhaler and LANY. Plus, they played a sold-out date at London’s Scala earlier this year as part of their nationwide UK tour. There’s no doubt that APRE is becoming a reliable source for politically charged, anthemic tunes.
We spoke to Jules about the origins of the band and their name, their new song, “Go Somewhere,” and why artists have a responsibility to raise awareness of political opinions and ideologies.

How did APRE start?
Charlie and I met at uni and played in many different bands together, never being the songwriting force behind them. On the side of these bands, we wrote for years together in Charlie’s Gran’s front room and it got to a point where we had so many songs we thought it would be a shame not to give it a go.

Where did the inspiration for your moniker come from?
Subconsciously in many of our early songs, we referenced time and paired with Charlie’s love of Paris we came up with ‘Apres Moi’ meaning ‘After Me’ in French. We decided this sounded far too pretentious so dropped the Moi and the S so technically it doesn’t mean anything, but we like that. Notice all our intros on our first EPs reference that first name we had though.

Your music has previously described as melding Tears for Fears and Foals. When you first started creating, did you have a particular sound in mind?
We have never set out to write anything that sounded a particular way, we just vibe off each other in the studio and I think naturally our musical interests will come out in our playing. We grew up loving peter Gabriel and tears for fears and we first bonded over our love of Foals and Bombay Bicycle Club so I think you can definitely hear that in our tracks

Given that your new single “Go Somewhere” is about the fantasy of getting lost – whether in money, hedonism, or romance. Do you think that the song’s meaning will be particularly poignant for some in these uncertain times?
We definitely think so. The title is a complete contradiction to the content of the song really, the songs about striving to get lost in your thoughts. It’s very very easy to get lost in your own thoughts with so much time on our hands right now, but we should be getting lost in positive thoughts. Thoughts where we can, in a way, start afresh after this mess is over, thoughts where we can set foundations for aspirations we have always had because we have the time to work out what we as individuals want. This can be turned into a sort of opportunity on a personal development level. Also, the song does maintain a sense of love for the person Charlie is describing getting lost with, I think that’s more important than ever. We need to love each other more than ever right now.

A lot of your music is quite politically charged, which we see on your EP, Guns Down. Do you think musicians, in particular, have a responsibility to open a political discussion with the public?
I think it’s important for musicians to raise awareness of political ideologies and opinions (particularly to the younger generations), however, I feel it is not our responsibility to impose our views onto other people, although sometimes that can’t be helped as the arts is about the expression of one’s views and feelings and in a time like now it’s almost impossible not to comment on our current political climate.

You went on tour with Friendly Fires last November. What were some of the highlights of that?
Those are the biggest venues we have played so it was amazing to see what is possible. Friendly fires are one of those bands all the indie kids like us loved in school so it was surreal sharing a stage with them.

What’s next for you?
We’ve finished our headline tour across the country so have just been thinking about that at the moment really. We will release new music throughout the year and then head back on tour in the autumn of this year playing some bigger venues!