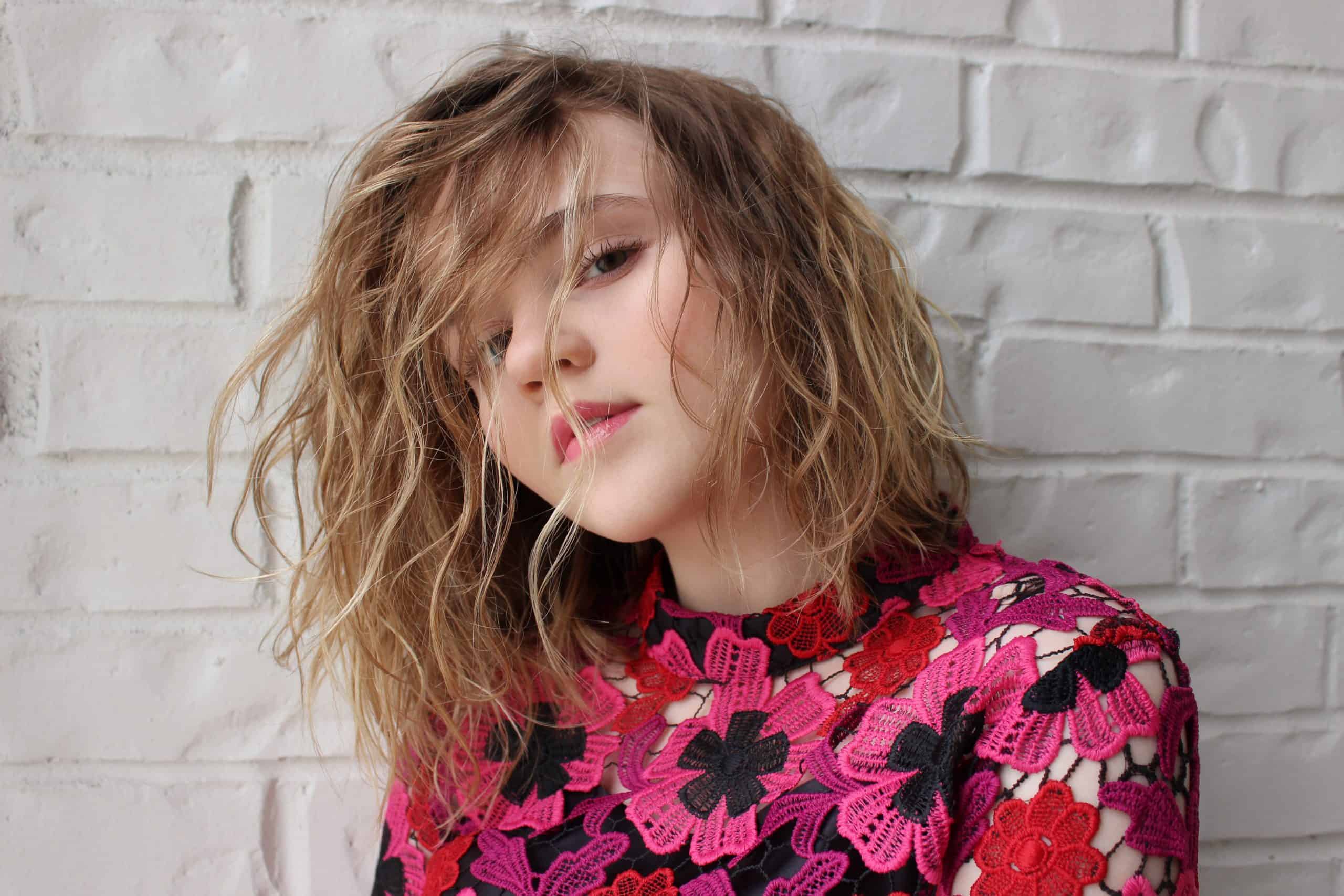 Actress Megan Stott is currently starring alongside Reese Witherspoon and Kerry Washington in Hulu’s Little Fires Everywhere. In the show, based on the book by the same name by Celeste Ng, Stott plays Izzy, a misunderstood teen who loves art and can’t get along with her mom (Witherspoon). We talked to Stott about her role in the show and how she relates to Izzy — down to being bullied in school and why her real-life story makes her so passionate about the cause. She also told us more about her adorable dog LeeLoo and how she and the rest of the cast passed time on the set of the show.

What was it like working with this incredible cast on Little Fires Everywhere?
The minute I stepped foot on set everyone one was so kind and supportive even though they had no idea who I was. It was incredible to have so many kids on set and have such iconic actresses and actors to get to work with. It was a dream come true to work on Little Fires!

Izzy is really into art in Little Fires Everywhere — what are some of your hobbies?
One of my most current hobbies is baking! I love making desserts and I just love desserts!! I also love singing and playing guitar. Singing is one of my favorites but I’m not sure it is a hobby! Haha! I love reading a good thick book that I can really get into.

How was it on set? How did you guys keep it light off-camera when you were dealing with such a heavy story?
We were surrounded by wonderful compassionate women that created a positive environment on set. If we had intense scenes, there was always comfort, strength, and encouragement. The teens would hang out offset to create a strong connection but also we just liked each other’s company. We also played Switch a lot in my trailer or Gavin’s trailer! Onset we sometimes had “family” dinners at the Richardson house and we were able to talk and learn more about each other.

You’ve spoken out before about anti-bullying — can you expand on why that cause is so important to you? Especially because it’s something your character deals with as well.
Bullying is something that is still very prevalent in today’s time. Many measures have been put in place to help prevent it however it is still part of things, unfortunately. I personally dealt with bullying during elementary school and middle school. I was popular but then one year this girl just seemed to have it out for me and things escalated over the year.  I know how it feels to have someone hurt you emotionally or physically and how that can affect your self-worth. I was lucky and had parents that strongly advocated for me and helped me to understand that I am not defined by another’s impression of me or personal issues. I just want people to be aware of what they say and do. I also hope that Izzy’s story reveals the struggles and signs of a teen who is being bullied. Everyone is aware it is wrong but it continues to occur. I think there are many forms of bullying for all sorts of reasons and generally, the bully is being bullied themselves be it in their home or have some issues they may be dealing with.

This story very clearly takes place in the 90s, which is even before your time! Any fave trends or music from the 90s?
I love music in the 90s! Alanis Morissette is a boss! “You Oughta Know” and “Uninvited” are her best songs! I also loved all of Izzy’s artwork in her room.

Also can you please tell me more about your adorable dog?
LeeLoo is a year and half old Australian Labradoodle. She loves cuddles and she gets very jealous of other dogs because she is a spoiled princess. It took about a year to find her at https://littlelabradoodle.com/ but once we did we fell in love! LeeLoo is named after the character from the film “The Fifth Element” played by Milla Jovovich. She is one of the Supreme Being of the Universe, which I am sure you can figure out why.

So after Little Fires Everywhere, what’s next?
I have an upcoming film with Netflix called Yes Day with Jennifer Garner and Jenna Ortega. I am focusing on everyone staying healthy and safe right now and looking forward to when things open up again to bring new opportunities.