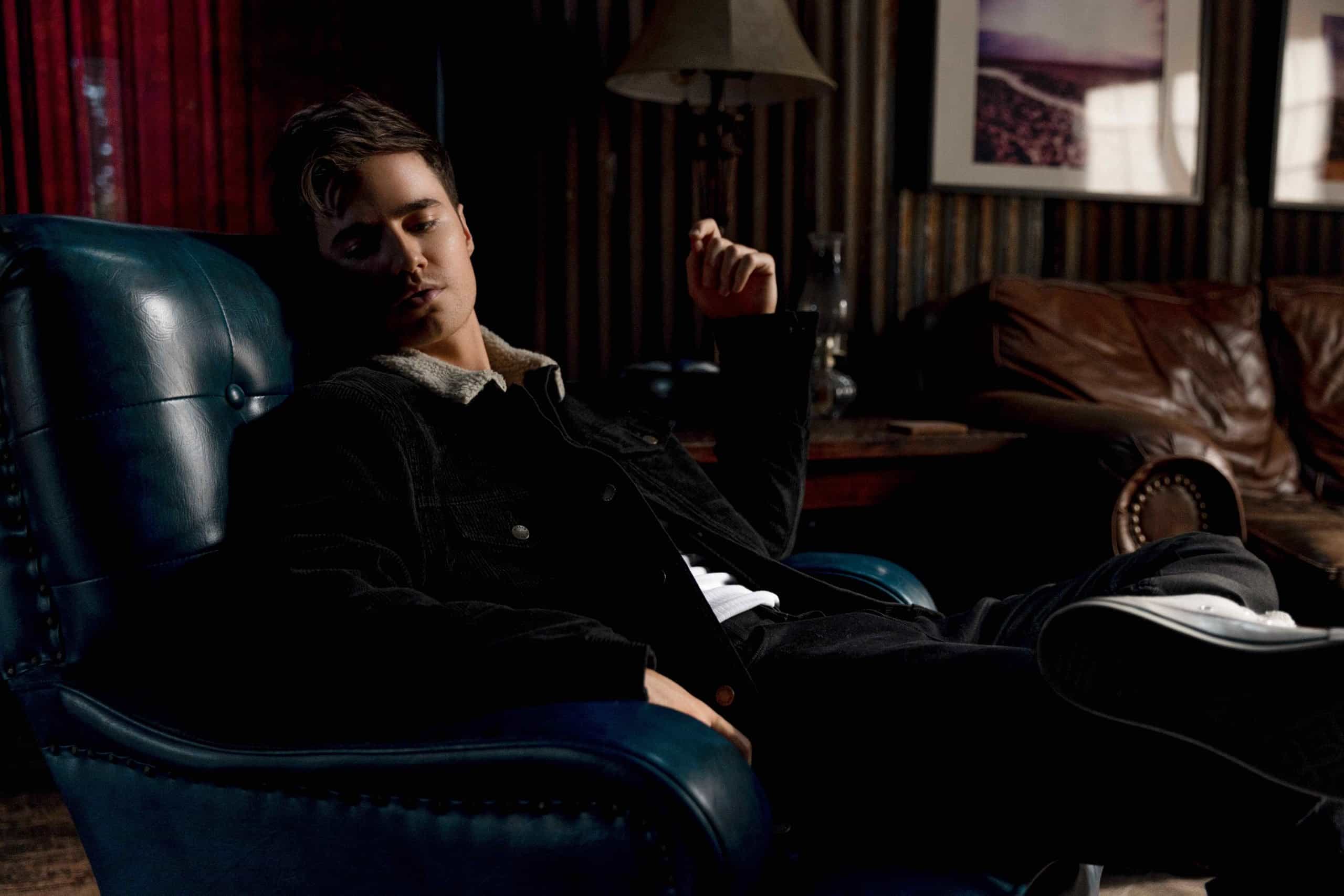 Multi-talented actor, singer and musician, Anthony De La Torre, has added to his growing list of achievements with his debut EP, Find Me. The EP includes singles “Do You Mean It” and “Raining in London,” which features actress and To All The Boys I’ve Loved Before star, Lana Condor, in her music debut. The music video was released the same day as the track and in its first week alone received over two million views. De La Torre’s music is a blend of R&B and pop, and “Raining in London,” is a heartbreaker about a relationship going its separate ways.

Find Me was a process that took De La Torre a year to get the songs together, including writing and recording, altogether a seven-year process.  Referencing the making of the EP, De La Torre says that it “took time and some trial and error for me to realize that it’s important to work with people whose work I admire, but most importantly, people who are compassionate and peaceful human beings that I consider family.”

In our interview with De La Torre, he shares the process of writing and recording for Find Me, working with Lana, his newest video for “Do You Mean It,” instruments he plays, his music and film favorites, and of course, acting.

You released your debut EP, Find Me, in February. What was the writing and recording process like for it?
I spent 1 year working on the EP. My producer, Johnny, and I were rarely in the same room as we live in different states. It made for a challenging but fun process. I would record my own vocals and send it off to him, and we’d go back and forth. The writing process was a little different for each song. For some of the songs, we would start with lyrics, others we started coming up with melodies and chords first, and others were started by Johnny producing a track or creating a vibe that we would write to.

Your single “Raining in London,” also features actress Lana Condor, in her music debut. How did that collaboration come out, and what was it like working with Lana?
I’ve always known that Lana had an amazing voice, but most importantly, that she loved singing. I was working on the EP every day next to her, and eventually, we were singing some of the songs together. It just made sense for it to happen. I am so honored to have her voice on the EP. It was so much fun to see her go through her first vocal recording process. She killed it on the song.

How much input did you have in making the video?
The video was produced by Lana and I. We had the blessing of finding a director that was aligned with everything we wanted. She took what we wanted and elevated it. The collaboration process with Ariel Lofaro (our director) and her producer Aaron Johnson, was exactly what we wanted. Ariel has also directed the new music video for my song “Do You Mean It.” We love her vision and talent. She’s a powerhouse.

Do you mind sharing some of the experiences that led to the writing of Find Me?
I feel that everything I had done prior to “Find Me” wasn’t really me, or rather it was me trying to figure out what I am or what I want to strive for musically. The sound we arrived at happened organically without much experimentation. Johnny and I just made music that we genuinely enjoyed listening to.

You have another music video for your single “Do You Mean It” in the works. When do you expect it to premiere, and can you share with us a bit more about the making of for the video?
The music video for “Do You Mean It” comes out on April 8th. It’s a fun ’80s inspired video that takes the meaning of the lyrics to the extreme. We had so much fun making it. We had the same production that worked on “Raining in London,” and I got to drive a DeLorean for the first time, which I was geeking out about all day because I love Back to the Future.

Besides writing and singing, you play the guitar. What drew you to pick up the guitar, and are there any other instruments you play and/or want to play?
I actually grew up playing the drums. My dad got me a drum set when I was 10 and taught me how to play. The drums are my true love. For me, it was never about playing in a band or performing for others. For me, the drums were an outlet for stress relief. It was always the first thing I did when I came home from school. I would go straight to my drums set, put my earbuds in, and play as hard as I could. I held that thing together for many years with a lot of duct tape. So getting to play Hellhammer in Lords of Chaos was a dream because I got to play the drums for several hours a day during production.

You’re also an actor. How does acting and creating/writing music satiate your creative aspirations?
I’ve always been someone that needs to be creating something. Even when I was 8 years old, I was always either making a stop motion animation with my Dragon Ball Z action figures or pretending to be Steve Irwin filming my family’s toy poodle pretending it’s one of the most dangerous creatures on the planet. Having the honor of playing the Young Jack Sparrow was truly a dream come true for me. I was obsessed with Pirates of the Caribbean and would pretend to be Jack Sparrow all the time as a kid. It was one of the most satisfying creative endeavors I’ve ever experienced.

What was your first introduction to music, and who or what encouraged you to pursue it?
I got into music through my brother and sister. They both are phenomenal singers and inspired me to pursue music myself. It was always so much fun creating together. Having the power to make a song, record it with my brother’s little at-home studio gear, and show my friends; it was the ultimate escape.

Who are your top five dream collaborations singing and/or acting?
My number 1 top dream collaborator would be Jim Carrey. I was absolutely obsessed with him as a kid. I actually wrote him a letter in the 4th grade, and he sent me back a signed headshot that I still have framed in my room. I would also like to collaborate with Halsey, Lauv, Drake, and Tenacious D.

Who was your first concert, and who has been your favorite so far?
My first concert was the Cuban salsa queen, Celia Cruz. It was epic. My favorite concert of all time was Mark Anthony. His stage presence and vocal ability are phenomenal.

What was your first album on CD and/or vinyl?
My first album was Hybrid Theory by Linkin Park. It is still one of my favorite albums to this day. It’s one of those albums that you never skip a single song on.

How are you keeping busy during quarantine?
I’m rewatching all the MCU movies in order. Currently on Doctor Strange. Every night I’m watching Parks and Recreation as my feel-good show to go to bed with. I’m going to finish “Game of Thrones” once I’m done watching all of the MCU films. I also just watched Onward the other night and sobbed like a baby.

Do you recall the first film you saw, and which film has changed your life?
I honestly can’t remember the first film I saw, but I grew up watching a ton of Ace Ventura, Veggie Tales, The Grinch, and SpongeBob. A movie that had a major impact on me is Life is Beautiful. It’s a heart-wrenching story that reminds you that perspective is so important in life.

Do you have a guilty music or entertainment pleasures?
I 100% still watch SpongeBob.