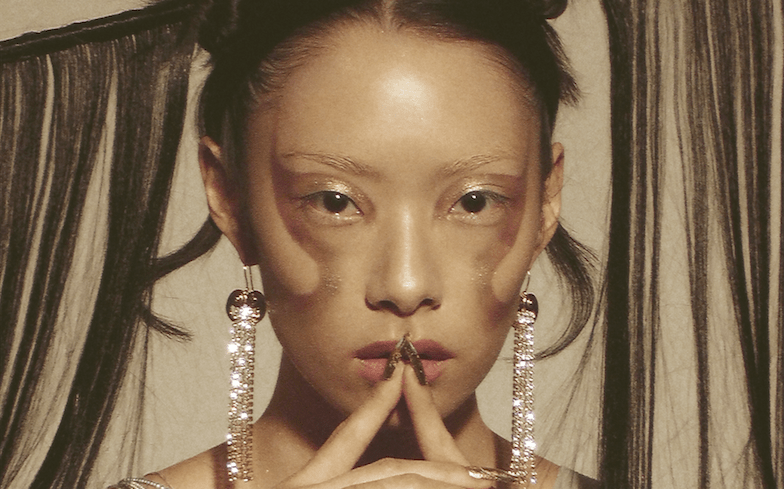 Pop queen Rina Sawayama has done it again. In her latest single release “XS,” off her upcoming debut album SAWAYAMA, releasing next month, Rina criticizes capitalist culture, while also serving us a single with on-point vocals, the sickest metal guitar feature, and a hard-to-forget hook.

Rina opens “XS” (a play on the word excess) with the eerie buildup of a violin growing louder and louder. A few seconds later and we are hit with the booming sound of an electric guitar and Rina’s sweet vocals on the track. Instantly reminiscent of a late 90s and early 2000s pop song, Rina starts “XS” listing all of the things she thinks she deserves to have – luxury, teslas, and everything in between: “Hey, I want it all, don’t have to choose / And when the heart wants what it wants, what can I do?” The opening verse is short and fun, very Rina-esque (in that it’s unapologetic as hell), and it straight up makes you want to dance before you even get to the hook.

As the song transitions smoothly into the chorus, Rina literally sings about wanting an excess of everything she just listed in the verse before – mockingly nodding to those who just want more and more, even though they don’t need any of it. “Give me just a little more (excess) / Gimme just a little bit / Oh, me, oh, my / I don’t wanna hear “No, no” / Only want a “Yes, yes” / Oh, me, oh, my.”
Backed by the same gritty guitar we heard at the start of the track, bells, and a steady drumbeat, it’s a chorus that is simple yet very impressive production-wise. In a way, this chorus almost reminds me of a classic Britney song, as I’ve found myself singing “XS” at the top of my lungs since its release over and over. I can only imagine the experience of hearing this chorus live will bring the same nostalgic effect to listeners.

In the second verse, the narrative shifts slightly and Rina sings about what happens when these material things are gone. Here, Rina sings: “Make me less, so, I want more… / Call me crazy, call me selfish / say I’m neither, would you believe her?” Even with everything gone in her possession, the lyrics continue to poke fun of how society is obsessed with the expectations of having an excess amount of things. It really is iconic and clever to talk about a topic like this and disguise it under an absolute tune like this one. The remainder of the song is filled with the chorus’ catchy melody and features heavy adlibs and runs from Rina behind it.

All in all, this track is a certified bop. While it’s only the third single we’ve heard from Rina’s debut album, if this is the direction she is going in, we’re all in for what’s next.