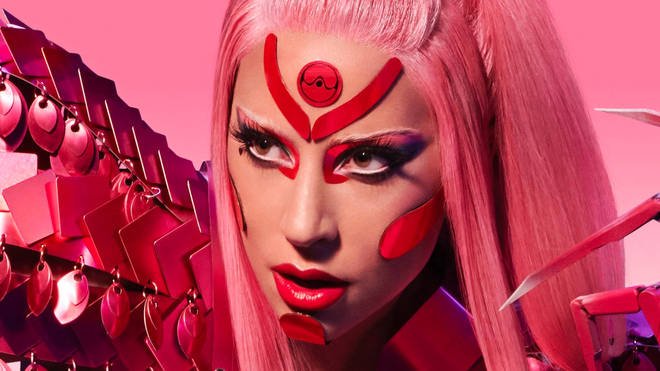 Lady Gaga has been a fixture in pop music ever since her “Just Dance” debut. However, for the last couple of years, she’s been diversifying her artistry beyond pop music. She’s starred in the Oscar-winning movie A Star Is Born, made a jazz album, had her own Las Vegas residency, and launching her make-up brand Haus Laboratories. And while her latest music releases were award-winning (see “Shallow”), and Joanne let us see another side of Gaga – it didn’t feel as exciting or innovative as her earlier work. But with “Stupid Love”, Gaga proves she’s quite literally still out of this world.

The single, accompanied by a video, is clearly inspired by 80s synth-pop and has a similar driving beat like megahit “Born This Way”. Moreover, it’s just as catchy, joyful and upbeat, as you’ll find yourself bopping along to the pre-chorus before fully breaking into the chorus. The exuberant hook gives the single even more of an electro-disco shine that’s as unapologetic and bright as Gaga herself.

However, it’s the conceptual video with its high-end story- and worldbuilding that makes this feel like Gaga’s rightful return. The video opens by telling us that a futuristic planet called Chromatica (the title of her sixth studio album) is on the brink of civil war between various groups of aliens. Each tribe is wearing color-coded clothing, providing incredibly appealing visuals – which are, remarkably, all shot on an iPhone 11.

In a latex pink outfit, Lady Gaga heads up a tribe called the “Kindness Punks”. Throughout the video, she can be seen trying to unite the different tribes. With a high-energy choreography, the video creates an interesting paradox between the lyrics and the displayed narrative. On the one hand, she sings about a love that’s worth the fight – demonstrated by the warring parties. Yet the video also points at kindness and love being the answer to violence and conflict – as shown by the Kindness punks trying to unify everyone.

There’s no doubt about it that the video for “Stupid Love” is just the first installment, merely serving as an introduction into the newly created universe that makes up Gaga’s upcoming album. For now, the futuristic electro-pop track is an instant classic and marks a new, exciting chapter in Lady Gaga’s seemingly endless ability to reinvent herself in a way that still feels truly and authentically like the classic Gaga we first met in 2008.

Watch “Stupid Love” for yourself here: